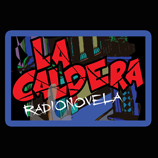 18 October 2013 - Every year, Bolivian victims are sold, transported, held, and forced to work against their will. Given this alarming reality, UNODC, in collaboration with the US Embassy in La Paz, PCI Media Impact and the Interchurch Organization for Development Cooperation (ICCO), recently launched a radio drama to help prevent and raise awareness of this problem in the country.

La Caldera (' The Caldron') is a 21-episode radio drama aimed at teaching listeners about the most common tactics used by human trafficking networks, and at informing the public about victim support services provided by Government and non-profit organizations. The drama is designed for low-income children and adolescents, who comprise the majority of the population at risk of trafficking in Bolivia.

The story centres on a small border town (La Caldera) and describes the plight of several of its residents. Canela is a lonely, yet brave teenager, who has many dreams for her life but finds herself trapped into sexual slavery. Simon is an innocent boy living in another neighbourhood who works as a household servant and lives a reclusive and anonymous life. Another key resident is Senor X, who has recently arrived in La Caldera after fleeing a dismal job of many years that prohibited him from seeing daylight while he worked.

Although fictitious, Canela, Simon, and Senor X share a tragic experience common to millions of real victims worldwide: they have been forced into a horrific, large-scale human trafficking circle at some point in their lives.

Besides the drama,  a discussion guide for radio presenters was developed to stimulate discussion about the issue after the airing of each episode. The guide includes topics for conversation, questions and information on resources for victims in Bolivia.

"This drama will help Bolivian society to become more educated and aware of this social menace and will hopefully bring us a step closer in preventing further tragic fates such as that of Canela, Simon and Senor X, which can affect anyone", said UNODC's Representative in Bolivia Antonino de Leo.

The drama will initially air in areas of the country with the highest rates of human trafficking as well as at border communities at risk, including La Paz, El Alto, Tipuani, Santa Cruz, Puerto Suarez, Montero, Guayaramerin, Cochabamba, Quillacollo, Yacuiba, Bermejo, Potosi, Tupiza, Villazón and Oruro.