A tribute to our fallen colleagues 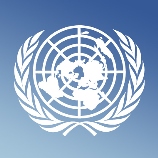 08 April 2014 - On Monday 07 April, two colleagues working for UNODC, Clément Gorrissen, aged 28, and Simon Davis, aged 57, were cruelly killed in an attack by an unidentified gunman in Puntland, Somalia. Clément and Simon had only just disembarked from their flight from Hargeisa and were about to go through immigration at Galkayo airport when a gunman opened fire on them. Both were fatally wounded in the shooting.

The two men, who often worked together, were on mission in Somalia to offer technical advice and to help build local capacities in the specialised field of illicit money flows.

"Many Somali communities are dependent on the remittances they receive through money transfer systems. Clément and Simon dedicated their efforts to ensuring that licit money services were available to the Somali people, but the criminals were prevented from making a profit," said John Sandage, Director, Division of Treaty Affairs.

"They were experts in a complex field who worked hard at developing a common understanding between the authorities and those involved in handling money transfers. Clément and Simon are irreplaceable to UNODC, but their loss falls far harder on the many people they touched with their professional enthusiasm and energy," he added.

Clément Bernard Gorrissen, a French citizen, was born on 16 March 1986. He first worked for UNODC in 2010 as part of the Global Programme against Money Laundering, Proceeds of Crime and the Financing of Terrorism (GPML). Clément had considerable knowledge of Somalia and had helped to develop and coordinate UNODC's activities in the Horn of Africa.

Clément, in May 2011, undertook research as part of UNODC's work for the group focusing on illicit money flows for the Contact Group on Piracy off the Coast of Somalia. Clément was a key contributor to the highly regarded Pirate Trails: Tracking the Illicit Financial Flows From Pirate Activities off the Horn of Africa .

Simon Davis, a United Kingdom citizen, was born on 27 January 1957. Before working for UNODC, in 2012, Simon had a long and distinguished career in the Metropolitan police force and specialized in tracking financial movements. Simon also worked closely with the UK government in the then evolving area of piracy.

Simon played an outstanding role in establishing a dialogue with the business community in Somalia as well as back home in the United Kingdom. Using his experience as a police officer, Simon also provided training in the Horn of Africa to law enforcement officials.

UNODC Executive Director, Yury Fedotov said, "Clément and Simon were two of the finest examples of the many dedicated colleagues we are fortunate enough to have at UNODC. They were deeply committed to the United Nation's cause and its vision of delivering beneficial change to people and communities in a difficult and complex world. I once again express my sincerest condolences to their family, friends and colleagues." In an earlier statement Mr. Fedotov also condemned "in the strongest possible terms the killing of two of my colleagues in a cruel and senseless attack." He furthermore expressed "hope (that) the relevant authorities in Somalia will undertake every effort to ensure that their killers are swiftly apprehended and brought to justice."