Police, judicial response to homicide found to be prompt, albeit with marked regional disparities 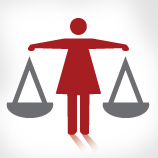 8 May 2014 - Recently, UNODC launched the Global Study on Homicide 2013, which showed that almost half a million people (437,000) across the world lost their lives in 2012 as a result of intentional homicide. One of the findings of the study is the analysis of the criminal justice response to homicides, such as police clearance levels, and suspect and conviction rates. At the global level, the study found that police forces tend to respond promptly to homicide offences, and are able to identify and make arrests in over 60 per cent of homicide cases, thus allowing the case to be "cleared" and sent to prosecutors.

Another important indication of the criminal justice response to homicide is the conviction rate, which, at the global level, leads to 43 perpetrators being convicted for every 100 victims of intentional homicide. However, disparities across regions are even greater than in the case of the clearance rates, with a conviction rate of 24 per 100 victims in the Americas, 48 in Asia and 81 in Europe.

The level of impunity for homicide in the Americas is high, which may be partly due to poorly resourced and over-stretched criminal justice systems. Moreover, homicides in the Americas are often connected to organized crime or gangs, which usually have lower clearance and conviction rates than killings related to domestic violence. Impunity, illustrated by a widening gap between the number of homicides and the rate of convictions, has also been on the rise in the region since 2007.

Impunity of offenders can actually contribute to the perpetration of more homicides. Therefore, an effective criminal justice system and a response that includes rigorous investigation and fair adjudication of suspected homicide offenders is a pre-requisite for upholding the rule of law and achieving justice for homicide victims.