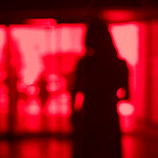 7 July 2017 - Gender-based violence is a global problem that robs victims of their dignity, security, health and autonomy, and it is a violation of fundamental human rights. According to the recent statistics, one in every five young girls is sexually abused as a child while 33 per cent of women has been beaten, coerced into sex or abused - most often by someone they know.

As part of its mandate to strengthen the rule of law through the prevention of crime and the promotion of effective, fair, humane and accountable criminal justice systems, UNODC supports Member States' efforts in preventing and addressing violence against women and promoting their access to justice.

With a view to strengthening regional cooperation in addressing gender-based violence from a criminal justice perspective, a two-day regional gender-based workshop was recently organized by UNODC and the Southern Africa Development Community (SADC).

Opening the event, Zhuldyz Akisheva, UNODC Regional Representative for Southern Africa, said that gender-based violence is one of the least prosecuted crimes and one of the greatest threats to lasting peace and development. In line with the Sustainable Development Goal (SDG) 5 on gender equality and the SDG 16 on peace, justice and inclusive societies, eliminating such violence remains a priority area for UNODC's crime prevention and criminal justice programme.

Ms. Akisheva then stressed that while 160 countries worldwide have laws to address violence against women; however, in too many cases, criminal justice response is lacking. "To effectively respond, different sectors must work together and I hope that this workshop will lead to positive deliberations and solutions in the fight against gender-based violence," she added.

In his remarks, Jorge Cardoso, the SADC Director of the Organ on Peace, Deference and Security Affairs, highlighted that gender-based violence undermines physical, sexual and reproductive health, and it might lead to fatal outcomes such homicide and suicide.

Participating as a keynote speaker, Botswana's Director of Public Prosecutions, Advocate Abraham Keetshabe, said: "Gender-based violence has no space in our societies nor does it have any place in human nature," adding: "It is an evil and anti-social conduct whose pace has shockingly spiraled out of control. Clear programmes and interventions are needed to bottle up this type of conduct."

The meeting concluded with participants agreeing that a regional approach is needed to support to tackle this violent scourge. As UNODC and the SADC reiterated their support to Member States, it is expected that the recommendations made during the meeting will soon be incorporated into the development of the SADC regional gender-based violence strategy.

Essential Services Package for Women and Girls Subject to Violence