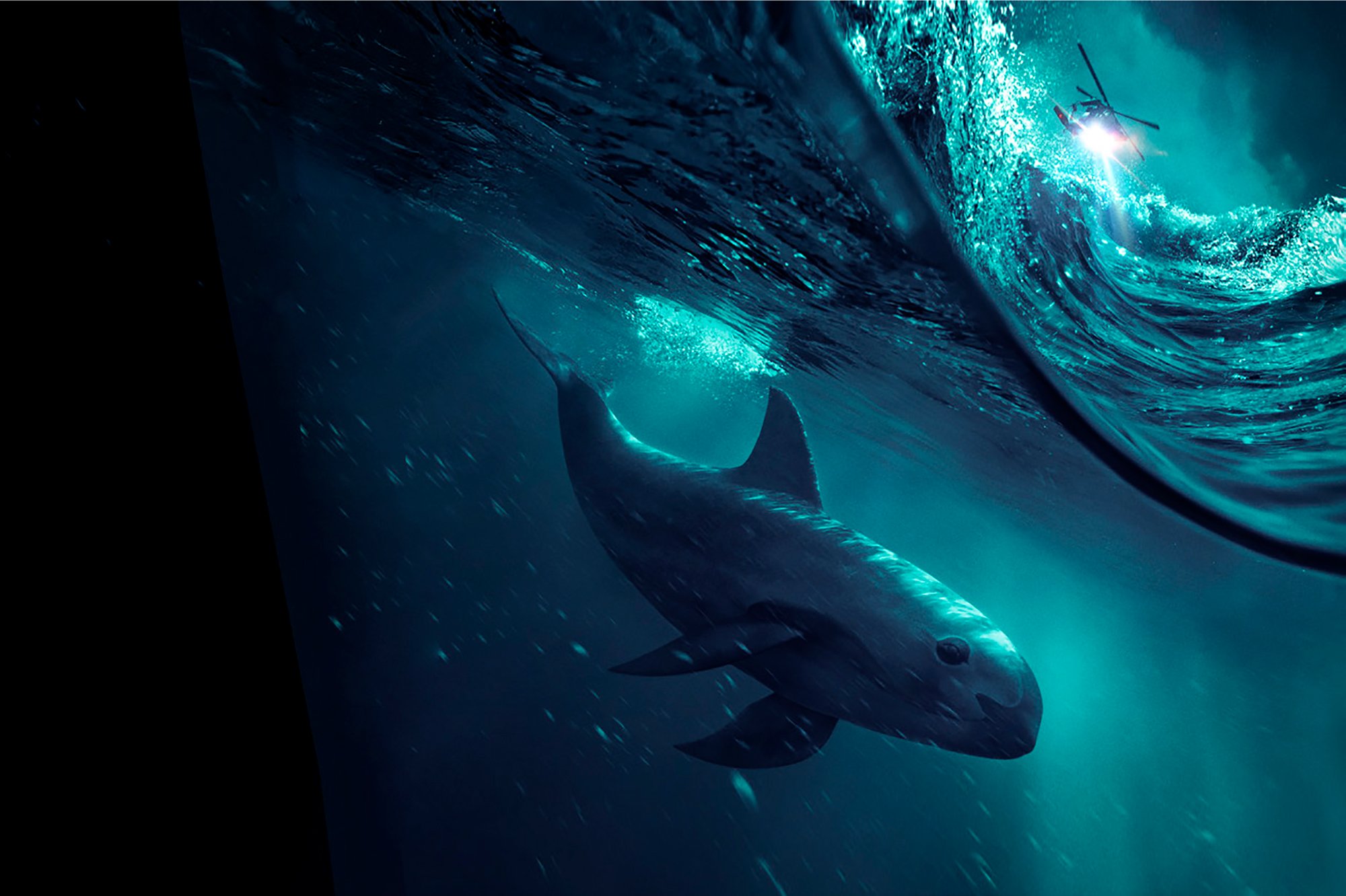 Brussels (Belgium), 5 March 2020 - The 3rd of March is World Wildlife Day, a day to celebrate and raise awareness of the world's wild animals and plants. This year, to mark World Wildlife Day, the United Nations Office on Drugs and Crime (UNODC) supported the United Nations Regional Information Centre for Western Europe (UNRIC) to hold a screening of Richard Ladkani's award-winning documentary 'Sea of Shadows' in Brussels.

Sea of Shadows documents how Mexican drug cartels and Chinese traffickers join forces to poach the rare totoaba fish in the Sea of Cortez. Their deadly methods threaten to destroy virtually all marine life in the region including the most elusive and endangered whale species on Earth, the vaquita porpoise. Sea of Shadows follows a team of dedicated scientists, high-tech conservationists, investigative journalists and courageous undercover agents as well as the Mexican Navy as they put their lives on the line to save the last remaining vaquitas and bring the vicious international crime syndicate to justice.

The documentary is a poignant case study on the role organized criminal groups play in wildlife crime, showing the inter-linkages between conservation, poverty alleviation and the challenges faced by law enforcement. Over 200 people attended the event in Brussels. The screening was followed by a panel discussion on criminal threats to biodiversity as well as solutions to tackle wildlife crime. The discussion was moderated by Antonio Ferrari, from UNRIC. Members of the audience asked questions and contributed to the discussion.

Director Richard Ladkani highlighted the need for proper criminal investigations to protect endangered species worldwide. As a film maker, Ladkani said he felt obliged to raise awareness on worrying issues, showing hidden realities to inspire people to take action. He commented that political support and good governance are necessary in the fight against corruption and transnational organized crime, to bolster the efforts of individuals and organizations on the ground.

Grace O'Sullivan, Green Party MEP, highlighted that the problem of vulnerability of species cannot be solved in isolation. She called on the new European Parliament to take strong action for the conservation of species, ocean health and protection of the environment. O'Sullivan invited everyone present to act against the mass extinction of many species the world is now witnessing because of illegal trade and transnational organized crime. She called on local government and authorities to step up their actions and guarantee sufficient strong law enforcement and infringement procedures against criminals. By taking on the responsibility of environmental challenges, schools, communities, local authorities, governments, NGOs and international organizations such as the United Nations should work together to guarantee future generations the right to a protected and healthy environment.

Jenna Dawson-Faber, manager of UNODC's Global Programme for Combating Wildlife and Forest Crime, explained the need for an approach that goes beyond enforcement - a balanced approach focusing on demand, supply and livelihoods. She stressed the importance of smart partnerships and highlighted UNODC's close coordination with the CITES Secretariat, INTERPOL, the World Bank and the World Customs Organization under the International Consortium for Combating Wildlife Crime (ICCWC). As a Consortium, it forms a unique pool of technical and programming expertise, bringing the skills and knowledge of five organizations together to tackle wildlife trafficking.

In closing, the expert panellists reiterated that we must work together and stop turning away from the problem of wildlife trafficking and biodiversity loss because we are now out of time.

UNODC implements a comprehensive Global Programme for Combating Wildlife and Forest Crime, working with actors along the criminal justice chain to effectively investigate, prosecute and adjudicate such crimes. While each criminal market has its own drivers, beyond specificities there are common characteristics. The trafficking of totoaba, pangolins, ivory, rhino horn, high value tree species, amongst other examples, is only possible due to a series of common vulnerabilities. UNODC works to mitigate these vulnerabilities, by working with key actors to strengthen legislation and build capacity; prevent and mitigate corruption; strengthen regional and international cooperation; and conduct assessments to understand context, patterns and trends. UNODC works with countries across Africa, Asia and Latin America to address these issues and build their capacity to prevent and combat wildlife, forest and fisheries crime.

UNODC on wildlife and forest crime