UNODC report on East and Southeast Asia: continued growth in the supply of methamphetamine while synthetic opioids spread 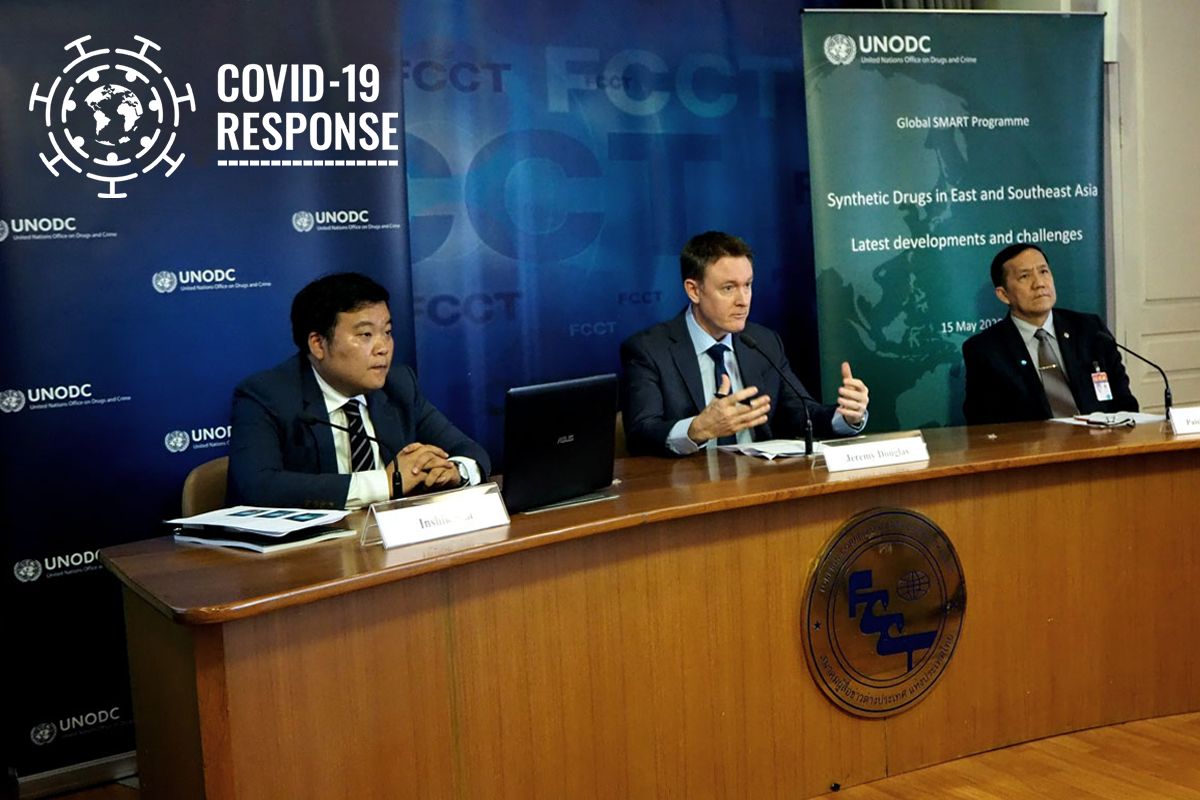 A new report from the United Nations Office on Drugs and Crime (UNODC) warns that the synthetic drug market in East and Southeast Asia continues to expand and diversify, and the price of methamphetamine has dropped to the lowest level in a decade as the supply has surged.

Released on 15 May, the report titled “Synthetic Drugs in East and Southeast Asia: Latest Developments and Challenges”, confirms that the variety and volume of synthetic drugs have increased in the past year. “It is hard to imagine that organized crime have again managed to expand the drug market, but they have”, remarked Jeremy Douglas, UNODC Representative for Southeast Asia and the Pacific. “While the world has shifted its attention to the COVID-19 pandemic, all indications are that production and trafficking of synthetic drugs and chemicals continue at record levels in the region.”

Seizures of methamphetamine in East and Southeast Asia have increased year-on-year over the last decade, something not observed in any other part of the world. Countries in the region have already confirmed seizures of 115 tons of methamphetamine in 2019, but the figure does not yet include any data from China which has seized an average of nearly 30 tons per year the last five years.

The report highlights that intensified supply has resulted in methamphetamine becoming cheaper, reaching its lowest price points in the last decade in East and Southeast Asia. Decreases in prices of methamphetamine were also observed in the high profit markets of Australia, New Zealand and the Republic of Korea in 2019. Despite declining prices, the purity of Southeast Asian methamphetamine remains high and has even increased in some countries. “In short, organized crime groups are in a position to provide better quality methamphetamine at much cheaper prices compared to a decade ago, increasing affordability and harm at the same time”, observed Inshik Sim, UNODC Illicit Drugs Analyst.

East and Southeast Asia are also witnessing the steady rise of dangerous synthetic opioids.  While there were only three opioids identified in the illicit drug supply of the region to 2014, the number increased to 28 in 2019, and seizures are being made in new locations as organized crime continue to push the limits of the business. “Synthetic opioids like fentanyl and even more potent variations deserve much more attention than they receive in the region,” commented Douglas. “Production is known to migrate into places with deep governance problems like the Golden Triangle, and we are concerned Southeast Asia could become a source for other parts of the world while these substances get mixed into or displace part of the regional heroin supply.”

Beyond methamphetamine and synthetic opioids, the report confirms a wide range of synthetic drugs, including ecstasy, ketamine and cannabinoids, are found across the region. “It is clear that the synthetic drug market in East and Southeast Asia is dynamic and continues to evolve”, according to Justice Tettey, Chief of the UNODC Laboratory and Scientific Section. “Strategies in the region, and in fact elsewhere in the world, should be built with an understanding of the clandestine manufacture and chemical profiles of synthetic drugs, which is why forensic science and precursor control capacities are critical for countries and the region to effectively respond.”

UNODC is working closely with Thailand and other countries in the region through the Global SMART Programme and Mekong MOU on Drug Control to monitor the drug situation and provide advice on cooperation, detection, precursor chemical control and public health strategies, and importantly to help countries collaborate together on joint and border operations.  Secretary General of the Office of the Narcotics Control Board of Thailand, Niyom Termsrisuk, noted “our partnership with UNODC and other Mekong countries is essential for success. The challenge we face is significant, and we will only be able to make progress through regional and international cooperation.”