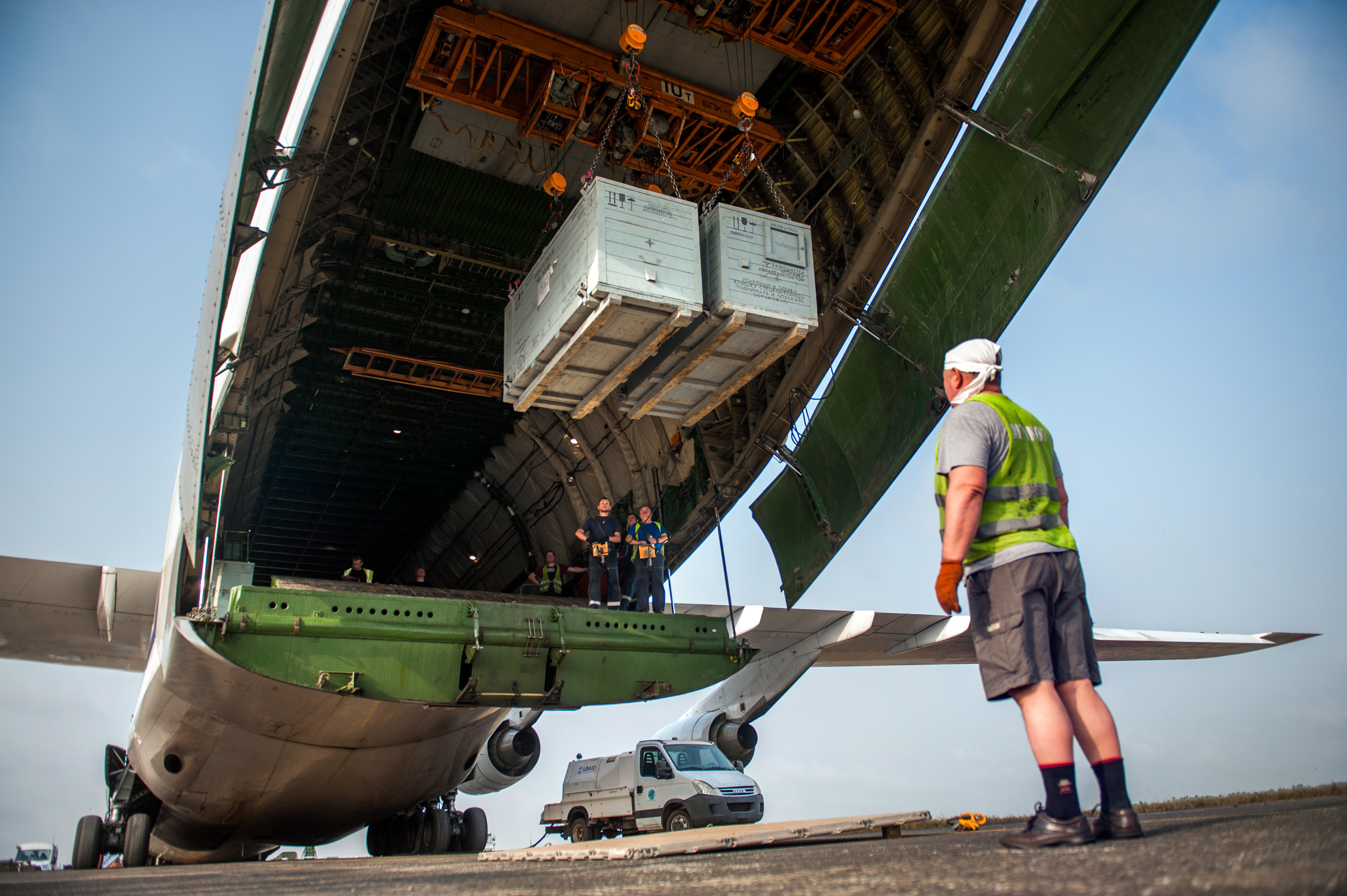 Islamabad (Pakistan), 30 September 2020 — The United Nations Office on Drugs and Crime (UNODC) Country Office Pakistan, the World Customs Organization (WCO) and the UNODC Container Control Program (CCP), in partnership with national counterparts unveiled a new Air Cargo Control Unit (ACCU) at Islamabad Airport — funded with the support of the Governments of Japan and the United States of America. The unit is tasked with the inspection of inbound and outbound air consignments that are suspected to contain illicit substances.

Smugglers have long been using legitimate cargo to conceal their illegal shipments. The high volume of global trade and consignment movements makes it challenging for customs and law enforcement officers to spot illicit loads, which are often disguised within what otherwise appear to be legitimate consignments.

To address this challenge, UNODC and the World Customs Organization (WCO) developed the Container Control Programme (CCP). The Programme builds capacity in countries seeking to improve risk management by, among other activities, training profiling experts. Its aim is to engage in cross-agency cooperation and develop trainee's abilities in risk analysis, joint profiling, and targeting suspect shipments.

The UNODC-WCO Container Control Programme was launched in 2004 and Pakistan was among the first countries to join the initiative — with its first unit established at the Karachi seaport.

The results delivered by the Karachi Port Control Unit were encouraging, leading Pakistan to offer to host a CCP-trained Air Cargo Control Unit (ACCU) at Karachi International Airport. Funded by generous donations from the Government of Denmark, Karachi ACCU was established in 2016, while Lahore ACCU followed in 2018 with the support of the Governments of Japan and the United States of America.

The inauguration of Islamabad ACCU marks the third operational Air Cargo Control Unit in Pakistan —after Karachi and Lahore— marking a successful expansion of the initiative to all three major airports in the country.

In 2019, the Pakistan units stopped 40 narcotics trafficking attempts — resulting in the seizure of a total of 128 kilograms of heroin, 25 kilograms of cocaine, 303 kilograms of ketamine and 9 kilograms of methamphetamines for that year alone. The most frequent intended destinations for these seized narcotics were the United Kingdom, Canada and Malaysia.

“The success of the Container Control Programme in Pakistan is a result of the great commitment from national counterparts,” said Jeremy Milsom, UNODC Representative for the Country Office in Pakistan during his opening remarks. “This is a great example where the joint initiative of UNODC and WCO flourishes through national counterparts’ reception, collaboration and appreciation,” Mr. Milsom added.

The event also served to highlight the support of the Governments of Japan and the United States of America — the major donors for the recently established Islamabad ACCU.

His Excellency, Shindo Yusuke, Charge d’ Affaires ad interim of Japan to the Islamic Republic of Pakistan stated that, “strengthening aviation security to prevent trafficking of illegal items is one of the major challenges, not only for Pakistan but other countries as well. Here, I would also like to mention that stability and peace is one of the important pillars of the foreign policy of Japan. The Government of Japan continues to contribute to the stability based on laws and regulations in various countries.”

Other major donors of the Global Container Control Programme include Australia, Canada, Denmark, the European Union, Germany, the Netherlands, Norway, and the United Kingdom.