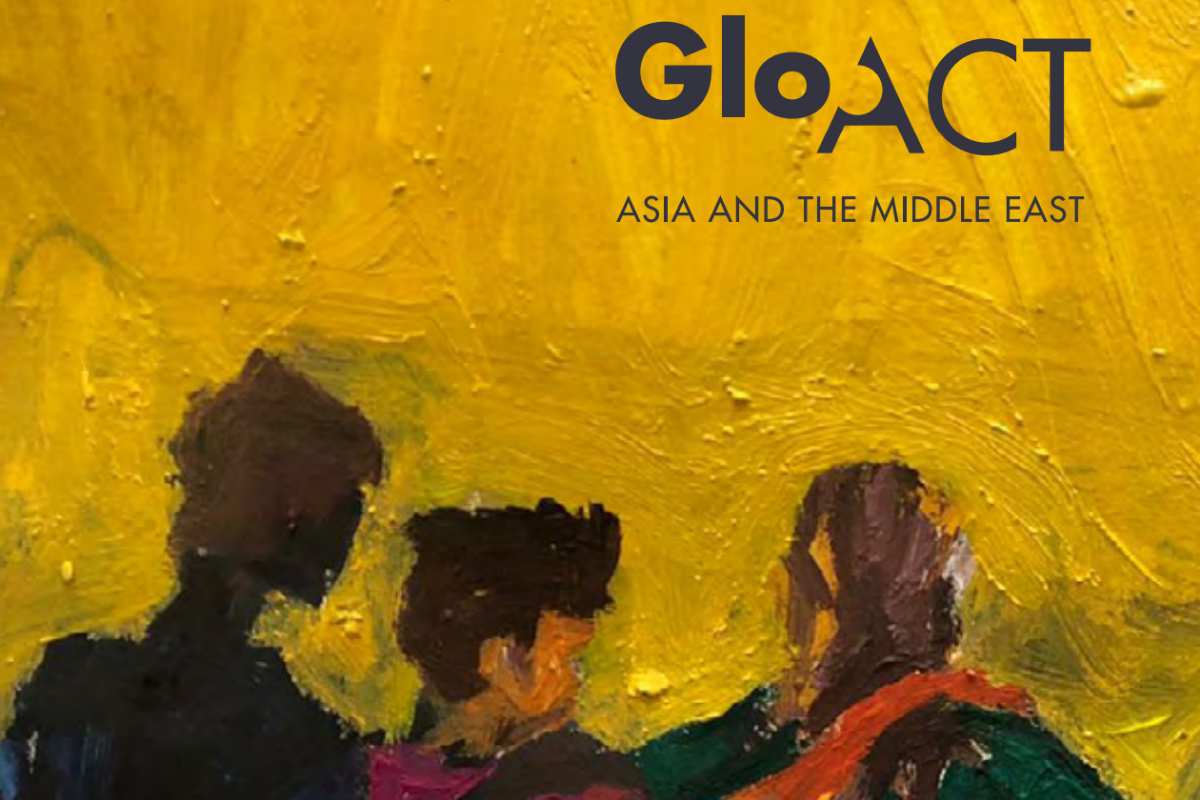 Vienna (Austria), 17 February 2021 – Measures to prevent and address human trafficking and migrant smuggling and support the people affected by these crimes must respect human rights and promote gender equality.

This was the clear message from all participants at the launch of a new Toolkit that provides guidance to criminal justice experts on how to adopt a human-rights and gender-equal response to these crimes.

The Toolkit was developed with the support of national, regional and international experts and partner agencies under the framework of the Global Action against Trafficking in Persons and the Smuggling of Migrants (GLO.ACT) - a joint initiative by the European Union (EU) and the United Nations Office on Drugs and Crime (UNODC) being implemented in partnership with the International organization for Migration (IOM).

UNODC is mandated to address the criminal dimensions of human trafficking and migrant smuggling in the context of the United Nations Transnational Organized Crime Convention and its relevant supplementing Protocols.

“We recognize that criminal justice responses alone cannot effectively combat trafficking in persons and smuggling of migrants,” said UNODC’s Director of the Division of Treaty Affairs, John Brandolino, who opened the online launch event which was attended by over 200 people.

“Therefore, we work with our national, regional and international partners, including the UN Migration Network and the Inter-Agency Coordination Group against Trafficking in Persons, to prevent and address these two crimes,” he added.

Human trafficking and migrant smuggling are global crimes that target people for profit, using them as commodities with little or no regard for their rights, dignity or safety.

Migration journeys come with risks and dangers, and migrants often face violence, exploitation, and abuse along the way.

Data collected by UNODC over the past 15 years consistently shows that around 75 percent of detected victims of human trafficking are women and girls. The percentage is even higher when looking specifically at trafficking for sexual exploitation.

Henriette Geiger, Director for Human Development, Migration, Governance and Peace, European Commission Directorate-General for International Partnerships, European Union, stressed the importance of GLO.ACT being at “the forefront of strengthening human rights-based and gender-sensitive programming” to combat human trafficking and migrant smuggling, adding that the EU is “very happy to join forces on this crucial topic”.

“We cannot talk about preventing and fighting against trafficking in human beings and smuggling of migrants without talking about gender and human rights.”

“The UNODC Toolkit is promising, as it will ensure we take into full consideration gender and human rights in our work to prevent and fight these crimes,” she said.

Director Geiger added: “We need to tackle the structural inequalities that leave women as well as children, youth and marginalized groups, vulnerable to human trafficking and to human rights violations by unscrupulous smugglers. And we need to have instruments to tackle this, which is why the Toolkit is so important.”

During her intervention, the Deputy Director General of the International Organization for Migration (IOM), Laura Thompson, commended the “hard work and dedication” that led to the launch of this Toolkit which she referred to as a “strong example of inter-agency collaboration to address the challenges of migration,” adding that the IOM is committed at the highest level to its implementation.

“This Toolkit is timely, as the COVID-19 pandemic and associated economic crisis are forcing individuals to opt for dangerous migration to survive,” said Deputy Director General Thompson.

“The non-punishment principle in human trafficking law is critical to a human rights and gender equal criminal justice response. It is critical to ensure that victims are not punished for crimes that they were compelled to commit,” she said.

Keynote speaker, François Crépeau, Professor of Public International Law at McGill University, Canada and former UN Special Rapporteur on the human rights of migrants stressed that reducing migrant smuggling will only come in the form of a long-term strategic planning of mobility, with a progressive “facilitation” of transborder movements, in order to provide easier access to safe, regular and orderly migration pathways.

Human Rights and Gender Expert, Marika McAdam, who drafted the Toolkit explained the need for such an instrument: “Victims of trafficking may not be identified and protected in accordance with their needs. The human rights of smuggled migrants may be overlooked.”

“Perpetrators of these crimes are rarely investigated and prosecuted. When these actions are taken, they might not be human rights based and gender responsive,” she said.

GLO.ACT Programme Management Officer, Eurídice Márquez, who led the development of the Toolkit, said that it offers “practical step by step guidance” on how to understand, analyse and mainstream human rights and gender equality considerations into all types of interventions to prevent and address human trafficking and migrant smuggling.”

“These include identifying and protecting the victims and migrants in vulnerable situations, planning of interventions, provision of legislative assistance, policy development, carrying out investigations or prosecuting cases of human trafficking and migrant smuggling,” she added.

With the development of the new Toolkit, UNODC hopes to equip UNODC staff and crime prevention and law enforcement officials with the appropriate tools they need to respond to human trafficking and migrant smuggling in a manner that protects the human rights of the victims or migrants involved and is without any gender-related discrimination.

The Toolkit for mainstreaming Human Rights and Gender Equality into Criminal Justice interventions to Address Trafficking in Persons and Smuggling of Migrants can be downloaded here.