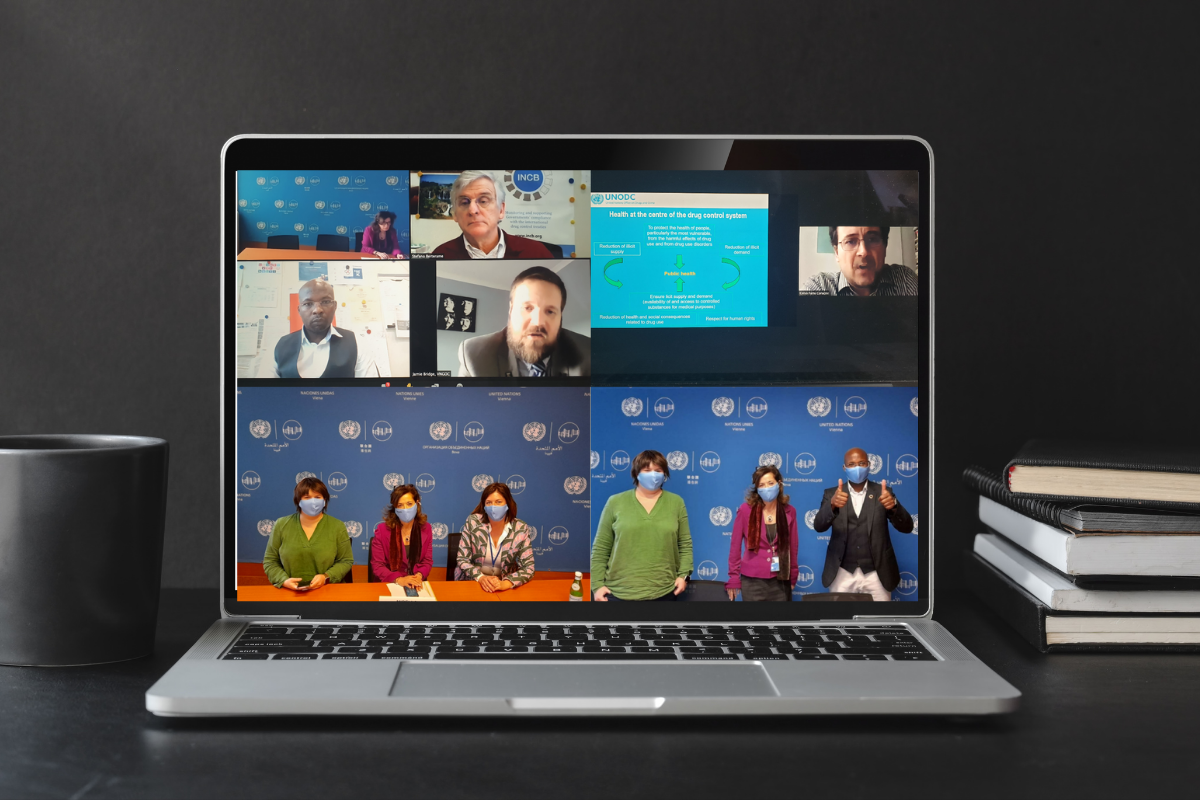 Vienna (Austria), 11 February 2021 – Drug control conventions protect the health of people, particularly the most vulnerable, from the harmful effects of drug use and from drug use disorders. These guidelines are employed by Member States to combat the illicit supply and demand for drugs, while protecting the access and availability to controlled substances for medical and scientific purposes.

The virtual event gathered more than 180 participants and featured welcoming remarks by Mirella Dummar Frahi from the UNODC Civil Society Unit and Jamie Bridge from VNGOC. The interactive experience that followed allowed participants to discuss best practices on the implementation of international drug conventions and offer insight into their application.

The occasion provided an overview of each drug control convention, followed by an introduction of the different roles played by stakeholders such as Commission on Narcotic Drugs (CND), the World Health Organization (WHO) and UNODC.

Stefano Berterame from the Secretariat of the International Narcotics Control Board (INCB), explained the role of INCB in ensuring that the use of controlled substances is limited to medical and scientific purposes, while proactively preventing their misuse. Among other functions, Mr. Berterame explained, INCB monitors the licit trade in chemicals and prevents their diversion into illicit channels.

The open Q&A session saw participants asking the experts questions on a diverse range of issues; including national legislation, pain regulation and the role of gender.

The webinar was brought to a close by Ms. Alicia van Den Boom, from the Secretariat to the Governing Bodies, who used the occasion to introduce a new interactive e-learning tool on the scheduling of controlled substances.

This webinar, sponsored by the United States, provided CSOs with the opportunity to learn more about the international drug control system and the roles of institutional stakeholders in connection with the three UN Conventions.

The Conventions, together with drug policy commitments made by CND such as the 2019 Ministerial Declaration, continue to guide the international response towards addressing the world drug problem.