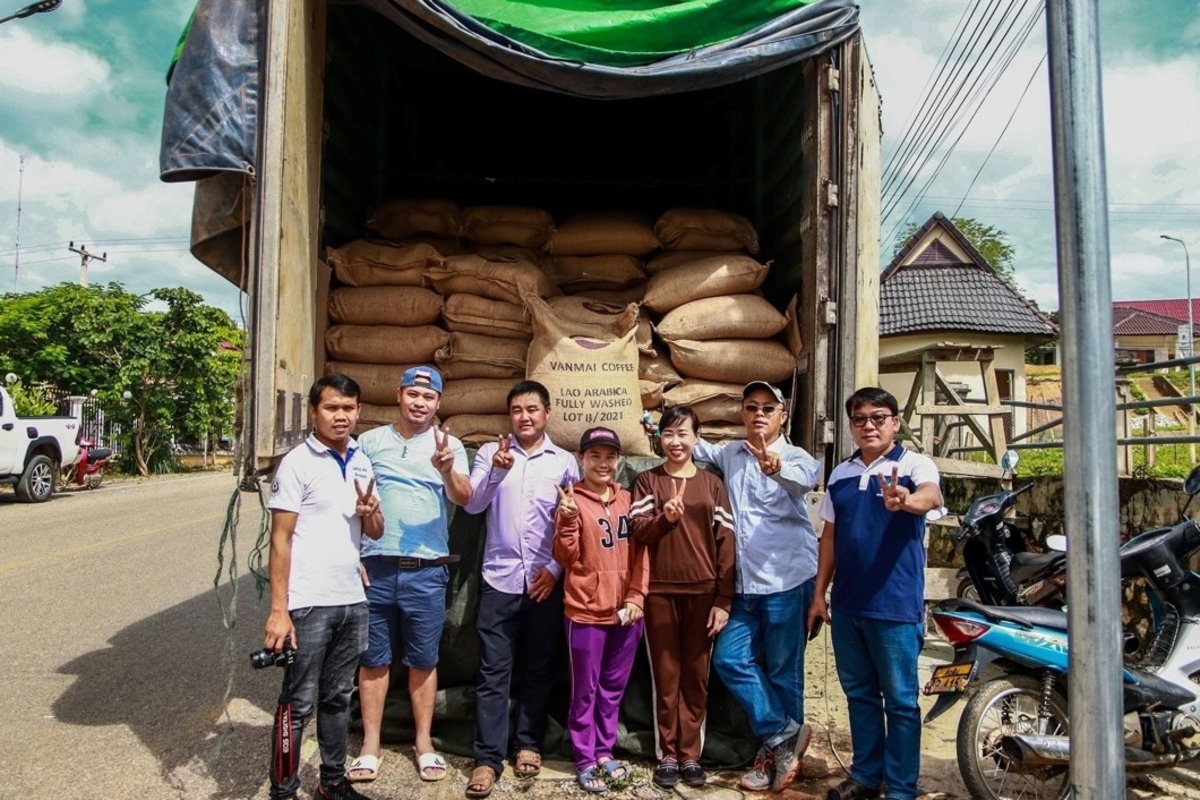 23 July 2021 – A man dressed in a purple silk shirt is inspecting a truck about to leave Huapanh, a North Eastern province of Lao PDR. The truck is departing an area infamous for the cultivation of opium poppies, where this illegal crop has been a dominant source of income for generations. For years, UNODC has been working with farmers in the region on finding alternative livelihoods for them.

After a couple of days, the above truck crossed the Friendship Bridge between Lao PDR and Thailand before continuing its journey onto a container ship towards Europe, its final destination. According to the World Drug Report 2021, the truck perfectly fits the description of many illicit shipments. Large consignments of illegal goods are increasingly transported by land or water, also in response to COVID-19 related travel restrictions in place in many countries.

Mr. Savaythong Khounsavanh, however, is not worried about what the customs officers might find at the border. He represents the Vanmai Cooperative, a group of 383 farmers who started a journey four years ago that is now represented by a container truck loaded with coffee, the first of many to come. “This is our first-ever coffee export,” he adds, “after all the hard work, it feels really good to come to this stage.”

Customs and police authorities at the Friendship Bridge usually have their hands full to assess which shipments should be allowed to cross. The bridge is a preferred spot for organized crime groups moving drugs from or through Lao PDR into neighbouring Thailand. Located at the centre of one of the biggest drug economies in the world, Lao PDR is not just a major producer of opium but also an important transit country for synthetic drugs and precursor chemicals.

As a result of border closures and increasingly difficult market access for legal products due to COVID-19, “opium-cultivating areas and farmers have become even more vulnerable as the pandemic affected their livelihoods,” said Erlend Audunson Falch from the UNODC office in Lao PDR. Illegal trade channels, however, are less impacted, which could lead to opium becoming the only option for many communities. “That is why successes like this one are so important,” Mr. Erlend continued, “The Vanmai farmers are really leading by example.”

“This is a big day for us,” Mr. Savaythong explained. “We have been working for this since we planted our first coffee seedlings four years ago.” “When we started, we were very worried that we would have no buyer for our coffee,” continues Mr. Savahtyong continued, “but now I am starting to believe that this is a real future for us.”

With the support of UNODC, the Vanmai farmers have been working hard since 2016 to establish coffee as a real income alternative to opium. In 2020, they established their own cooperative and earlier this year, they signed a long-term commercial partnership agreement with the French coffee roaster Malongo. Over the last few months, the farmers have worked relentlessly to prepare the coffee for their first-ever export.

UNODC Southeast Asia and the Pacific