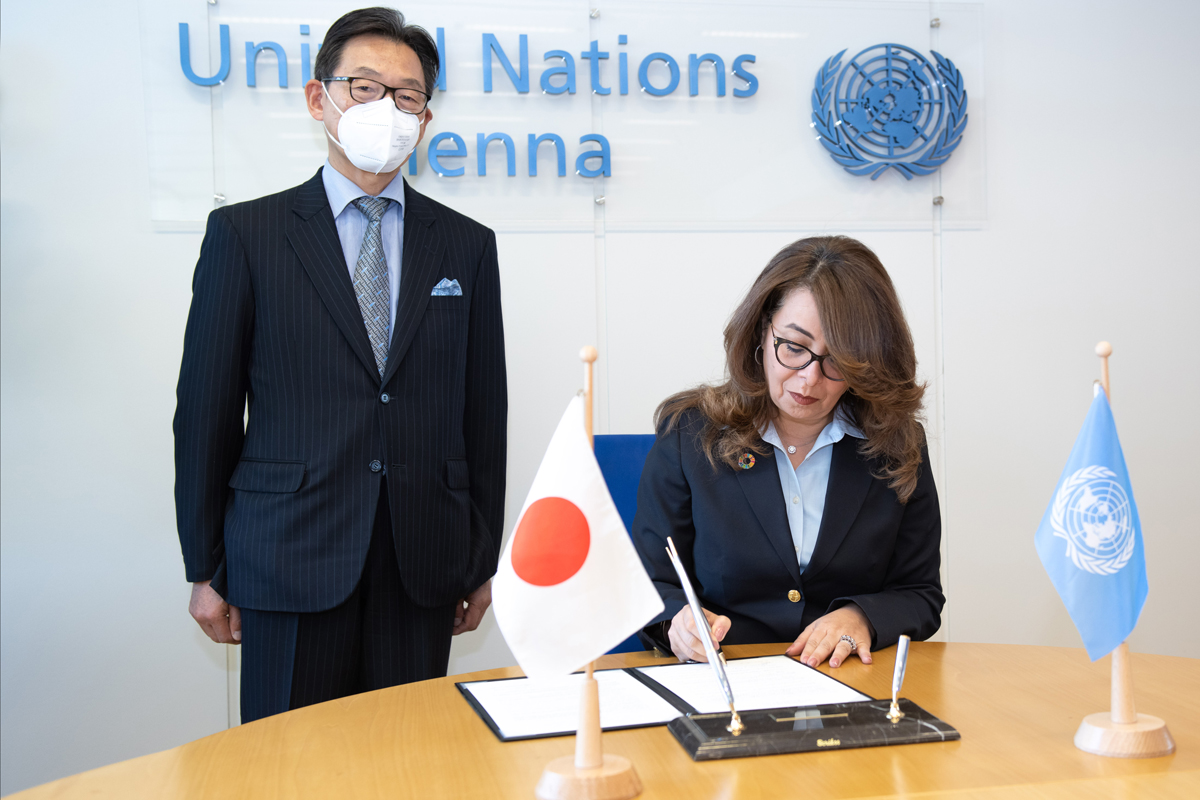 Vienna (Austria), 22 April 2022 – An organization in Turkey is partnering with a local university to reach young people with training and activities to reinforce resiliency against addiction. Youth in Peru are strengthening their knowledge, skills, and leadership to become agents of change, helping their peers abstain from drug use.

Around the world, young people are cooperating with their local communities and decision-makers on public drug policies, spurred on by a grant programme made available from youth, to youth, for youth.

Since 1994, the Drug Abuse Prevention Center (DAPC) in Japan has been supporting civil society and non-governmental organizations (NGOs) in implementing drug prevention activities in low- and middle-income countries. Since 1994 the DAPC has disbursed a grant managed by the United Nations Office on Drugs and Crime (UNODC) to prevent drug use in such countries through drug prevention projects, with a particular focus on empowering youth to take active roles in supporting the health and well-being of their peers. The funds are raised by youth volunteering for the DAPC, mobilizing their communities in Japan.

Since 2012, 134 grants in 55 countries had benefitted from the DAPC grant. Today, through a signing ceremony held in Vienna, the Government of Japan reaffirmed its support to the DAPC grant scheme through a pledge of around US$ 94,000. UNODC’s role is to identify candidates, award annual grants to selected NGOs, and provide technical support for the funded projects. Applications submitted under the recent call for proposals 2022 are under evaluation to select potential grantees. The next call for proposals will be announced in early 2023.

At the signing ceremony, UNODC Executive Director Ghada Waly thanked the Government of Japan for its support through the DAPC’s long-term partnership with UNODC, which is producing real impacts on the ground. She reaffirmed UNODC’s commitment to using this funding opportunity to encourage low- and middle-income countries to implement evidence-based substance use prevention, and meaningfully engage youth in these efforts. She also noted that the increased number of grant applications from NGOs, to more than 650, was clear recognition of communities’ awareness and visibility of this important issue.

Also present at the ceremony was Permanent Representative of Japan to the United Nations in Vienna, Ambassador Takeshi Hikihara, who said that the DAPC contribution was made possible thanks to youth-led fundraising efforts for drug misuse prevention and awareness-raising around the world, as well as in Japan. He also expressed confidence in UNODC’s work in this area through partnerships with NGOs, which have continued for nearly three decades.

The DAPC grant is managed as part of UNODC’s Youth Initiative, which celebrates its first decade of action in 2022. The UNODC Youth Initiative continues to encourage young people to reflect on the potential impact of substance use in their schools and communities, and to start taking effective and evidence-based action to prevent substance use by becoming active youth leaders in their communities.

Furthermore, at this year’s 66th session of the Commission on Narcotic Drugs (CND), Member States reaffirmed efforts to promote evidence-based early prevention to protect children and youth from, and help prevent adverse consequences of, exposure to the non-medical use of drugs.