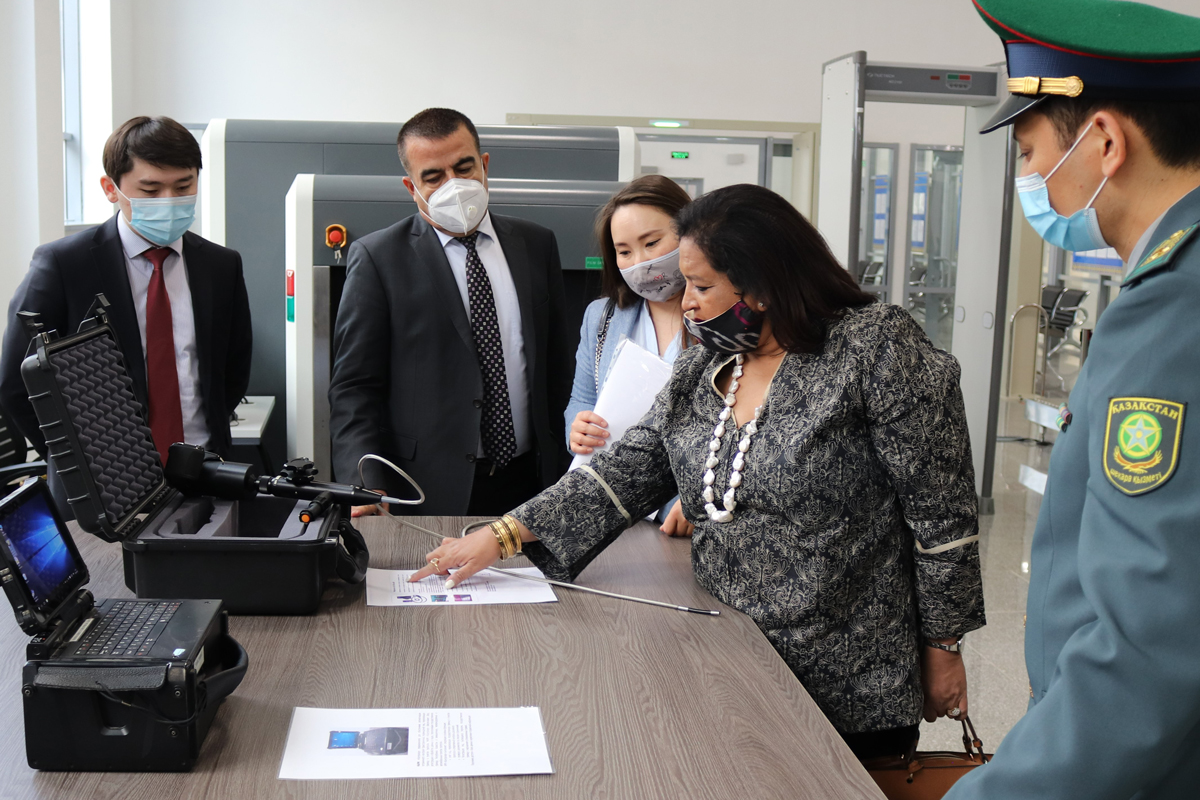 Tashkent (Uzbekistan), 11 April 2022 – The region of Central Asia borders Afghanistan, the world’s largest opium poppy producer, and the area serves as a hub for illicit drug trafficking. For a more effective response to such transnational organized crime, strengthening regional cooperation across borders and among law enforcement agencies in Central Asia is critical.

The United Nations Office on Drugs and Crime (UNODC) has been supporting Central Asia’s vulnerable border areas against the trafficking of Afghan opiates, through strengthening border crossing points and establishing/enhancing intelligence-sharing and cross-border communication mechanisms allowing for the detection and interception of contraband.

In an integrated coordination response to drug-related challenges and border security issues, UNODC has supported the establishment of border liaison offices (BLOs), port control units, border posts and outposts, and interagency mobile teams in the Central Asian states. BLOs have been set up in geographically remote and potentially vulnerable border crossing points in Kazakhstan, Kyrgyzstan, Tajikistan, Turkmenistan and Uzbekistan. 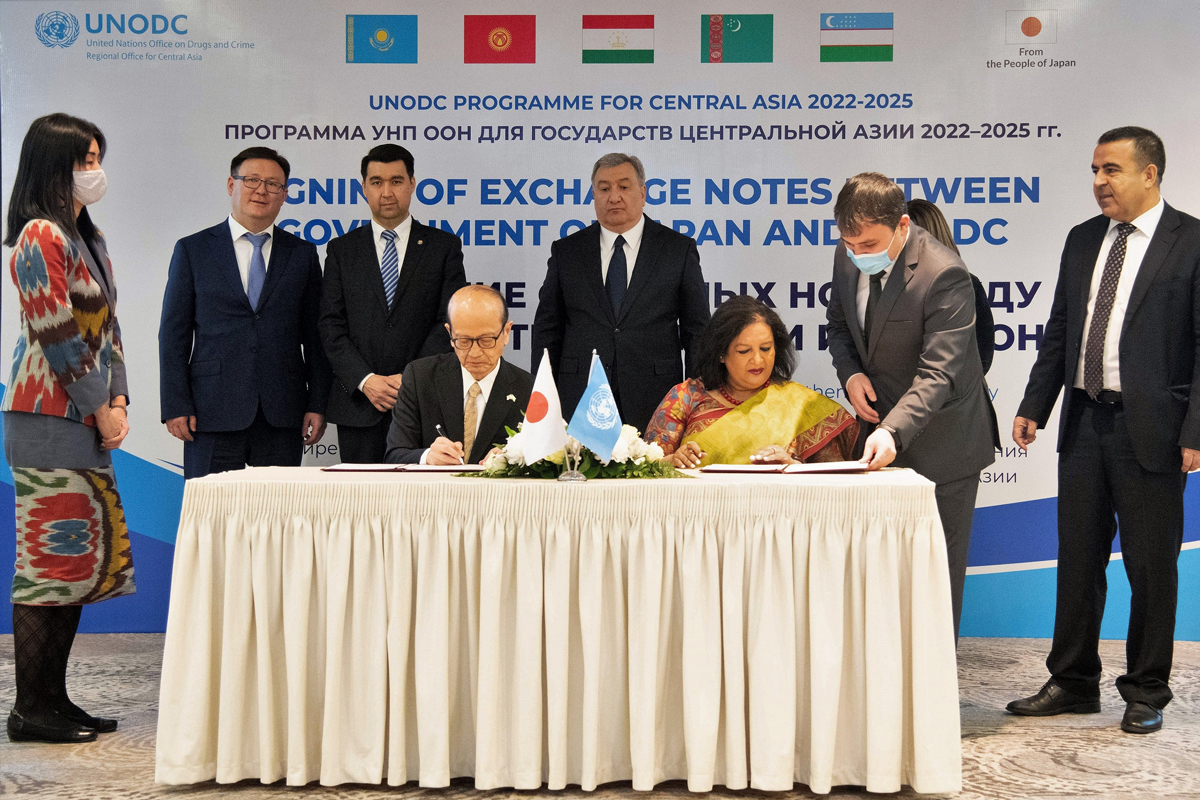 To support strengthening the capacities of border crossing points in Central Asia, on 17 February 2022 the Government of Japan and UNODC signed a grant agreement for US$ 4.1 million. The grant will also improve regional cross-border cooperation by promoting the BLO concept and the development of information and communication networks for border agencies.

“In particular, the initiative will improve capacities of crossing points stationed along the border with Afghanistan through the provision of technical expertise and equipment, and drug interdiction skills development for border officers and law enforcement agencies,” explained Yusuf Kurbonov, UNODC’s International Programme Coordinator in Central Asia.

The agreement was signed by H.E. Mr. Yoshinori Fujiyama, Ambassador Extraordinary and Plenipotentiary of Japan to the Republic of Uzbekistan, and Ms. Ashita Mittal, UNODC Regional Representative for Central Asia, in the presence of the Ambassadors of Kazakhstan, Kyrgyzstan, Tajikistan and Turkmenistan to Uzbekistan. 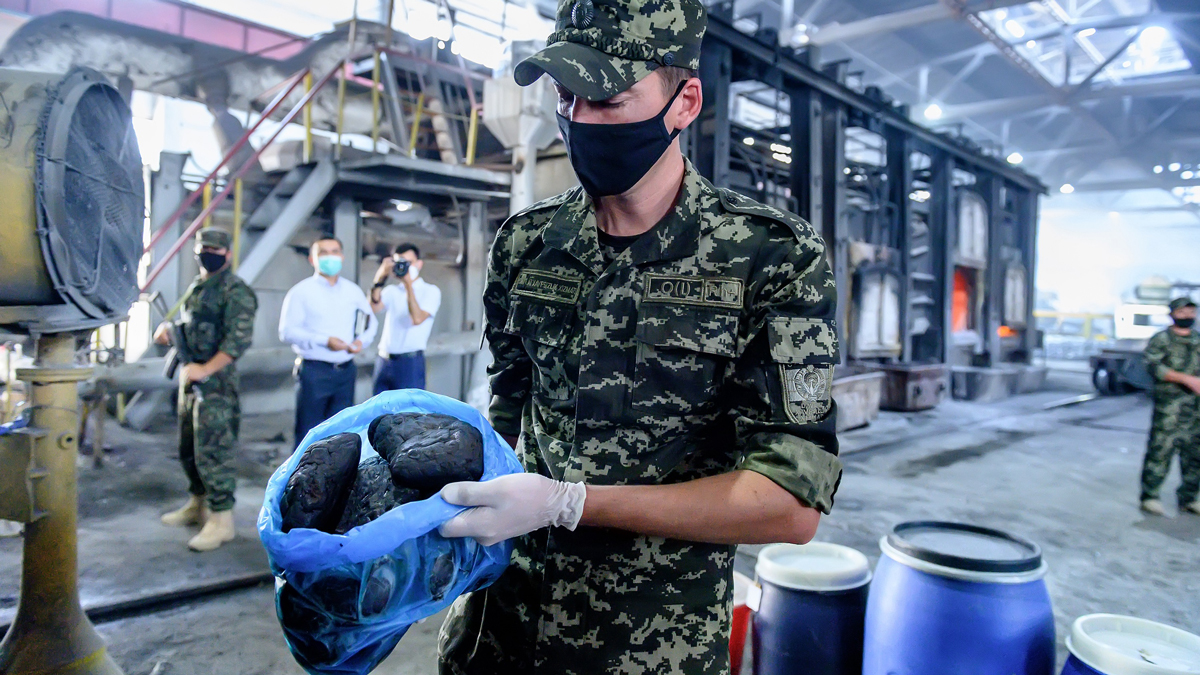 “We expect this new project to strengthen operations of BLOs and border crossing points in the region and to bring about tangible results. We are expecting officers to benefit from the provision of leading-edge equipment as well as capacity building. I hope they will gain knowledge and skills needed to more effectively and efficiently combat trans-border crime,” said Ambassador Fujiyama upon signing the agreement.

Thanking the Government of Japan and Central Asian countries for their continued partnership with UNODC, Mittal said: “Fostering greater cross-border and interagency cooperation helps to make the region safer from the threats of drugs, crime and terrorism for the benefit of current and future generations. Supporting integrated border management is an integral part of UNODC’s work programme for Central Asia,” she noted.

UNODC strengthens the capacities of BLO officers through training programmes and provides equipment and specialized analytical software to enhance database analysis and intelligence-sharing at the regional level.