90 victims of human trafficking rescued at refugee camp in Malawi; five arrests made 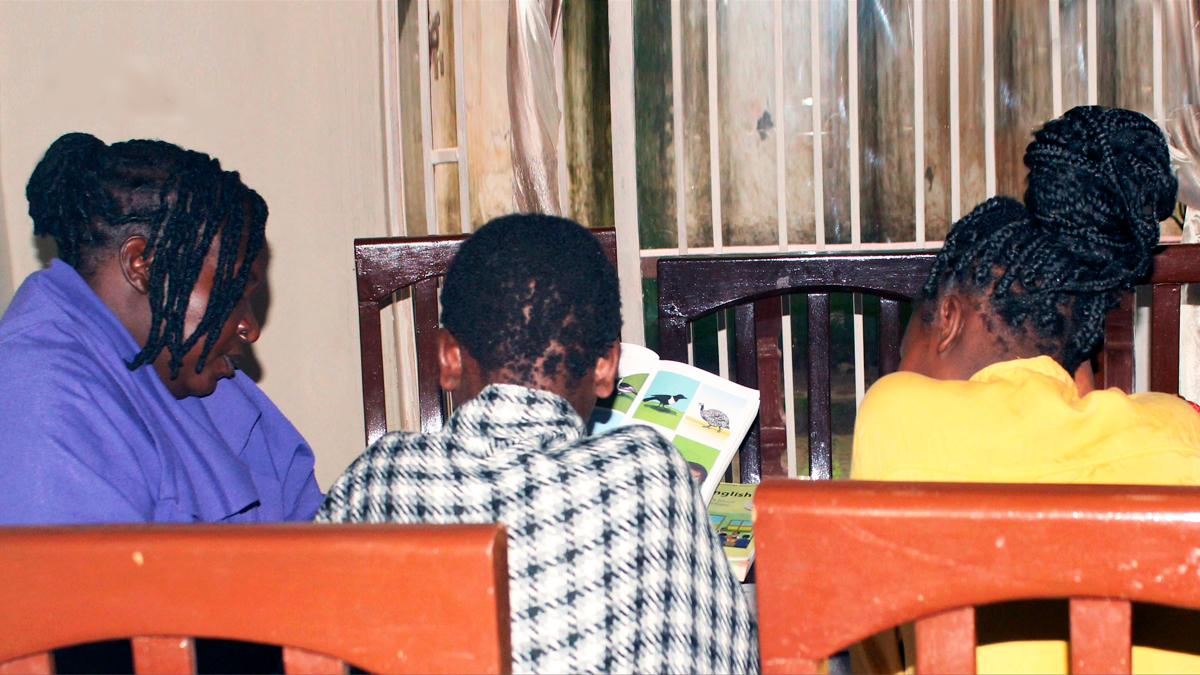 UNODC expert fears that “this is just the beginning.”

Lilongwe, (Malawi), May 2022 - The widespread exploitation of men, women, and children at a refugee camp in Malawi has been uncovered by the United Nations Office of Drugs and Crime (UNODC) and the Malawian Police Service.

The Dzaleka Refugee Camp, 41 kilometers from the Malawi capital Lilongwe, was established in 1994 and hosts 52,000 people from five different countries. New measures are now underway to dismantle human trafficking networks operating within the Dzaleka Refugee Camp, identify and rescue their victims, and bring those responsible to justice.

“The situation was much worse than we first envisaged,” says UNODC’s Maxwell Matewere, who initially visited the camp in October 2020, when he trained camp staff and law enforcement officers on how to detect and respond to trafficking cases.

“I even witnessed a kind of Sunday market, where people came to buy children who were then exploited in situations of forced labour and prostitution,” he adds.

UNODC coached and mentored 28 camp officials and law enforcement officers to help identify victims and investigate trafficking cases. These officials will in turn train other colleagues at police stations and border crossing posts.

Since the training and the implementation of new anti-trafficking procedures, over 90 victims of human trafficking have been identified and rescued.

The guidelines for the identification, rescue, and referral of victims were developed by UNODC, with the support of the UN Refugee Agency (UNHCR) and the International Organization for Migration (IOM).

Some of the victims were assisted to return to their countries of origin, while others are being cared for in safe houses. Several victims, who were identified at border crossings, requested to be returned to the camp to seek asylum.

One 16-year-old girl from DRC was rescued from a situation of forced prostitution by an undercover police officer who had been trained by UNODC.

“I arrived at the camp in 2009 after leaving my home country due to conflict,” she says. “One evening in a nightclub inside the camp, I was approached by a man who told me he was identifying people who were being exploited.”

The girl, who was trafficked at the age of 10, explains that she initially did not believe or trust the officer, since she thought “all men were violent and looking for sex”.

“That evening, I had been beaten by one of my clients for refusing to have sex due to a cut that was bleeding. I was in pain, and it was visible. The officer was friendly, and he took me to a safe house.”

She is now attending a computer literacy class and hopes to return home: “In the future, I would like to be a teacher, and I want to be reunited with my brother who I have not seen for a long time,” she adds.

The new procedures contain clear guidelines for the transfer of victims to authorities where they can receive appropriate care. “Before our intervention, victims of human trafficking would have been placed in police cells or prisons, alongside criminals. Now they are referred to specially-equipped safe houses that we helped to prepare for the arrival of the victims,” says Matewere.

Various types of human trafficking have been identified in the Dzaleka Refugee Camp. Children are trafficked within and outside of the camp for farm labour and domestic work. Women and girls are exploited sexually inside Dzaleka and in Malawi or transported for the purpose of sexual exploitation to other countries in Southern Africa. Male refugees, meanwhile, are being subjected to forced labour inside the camp or on farms in Malawi and other countries in the region.

The camp is also being used as a hub for the processing of victims of human trafficking. Traffickers recruit victims in their home country under false pretenses and arrange for them to cross the border into Malawi and enter the camp.

After the recent, successful operations in the camp, which were based on intelligence information, the police now have more knowledge about the international nature of the trafficking network.

“There is evidence that victims are sourced in Ethiopia, DRC and Burundi by agents of the trafficking network offering work opportunities in South Africa, which is the economic powerhouse on the continent,” says Matewere. “At the camp, they are told they need to pay off the debts incurred from being smuggled into Malawi. They are exploited there or transported to other countries in the region for forced labour.”

So far, there have been five arrests and the cases are ongoing. The suspected traffickers are from Malawi, Ethiopia, Burundi, Rwanda, and DRC. However, according to the Malawian Police Service, efforts to convict human traffickers and migrant smugglers are being hampered because the people affected are too scared to testify in court.

“We do fear that this is just the beginning, and there are huge numbers of victims. Authorities strongly suspect there is a highly organized, international syndicate operating from within the camp,” says Matewere.

Awareness-raising material about human trafficking will be distributed soon in the camp and is expected to lead to more victims coming forward for assistance.

“All security agencies operating in the camp must be frequently reminded about their role to eradicate human trafficking through regular training,” says UNHCR’s Owen Nyasula, a field protection associate at UNHCR’s Malawi office.

“These agencies need to work closely with religious and community leaders, as well as local police forces, to stop this form of modern slavery,” he concludes.

Human trafficking and migrant smuggling are global and widespread crimes that use men, women and children for profit. The organized networks or individuals behind these lucrative crimes take advantage of people who are vulnerable, desperate or simply seeking a better life. UNODC strives for the eradication of these crimes through the dismantling of the criminal enterprises that trade in people and the conviction of the main perpetrators. Ultimately, our work safeguards people from the abuse, neglect, exploitation or even death that is associated with these crimes.