Exploitation and Abuse: The Scale and Scope of Human Trafficking in South Eastern Europe 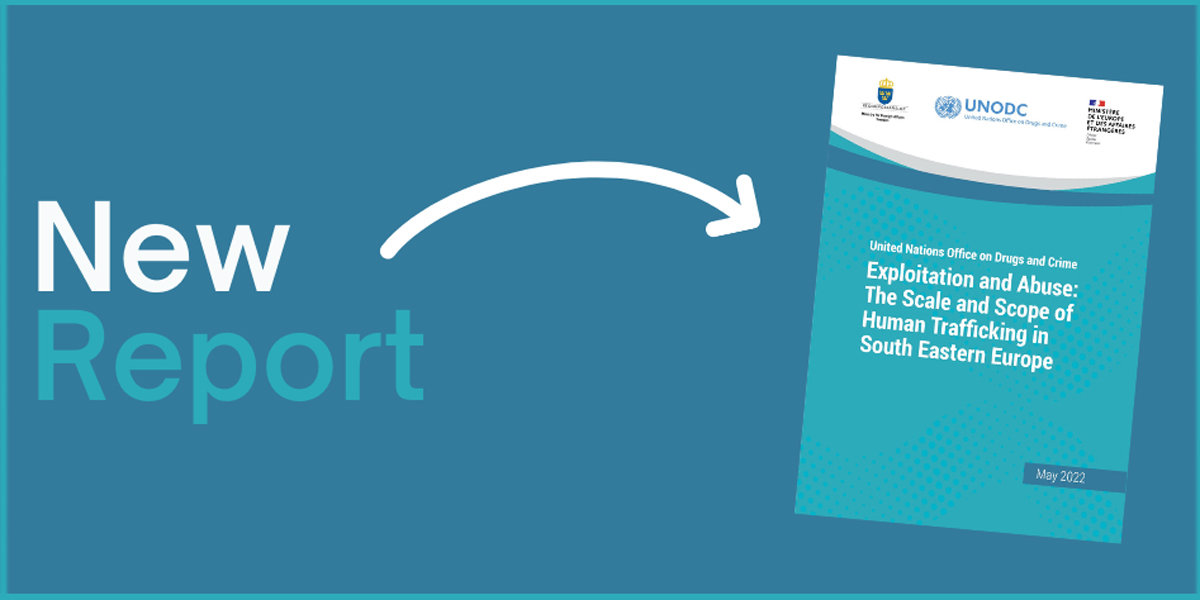 Vienna (Austria), 31 May 2022 – Migrants on their way from Asia to Europe are being forced to work in the construction, agriculture, and hospitality sectors by human traffickers who abuse their irregular status and fear of deportation.

Children, often exploited by their own family members, are compelled to commit crimes that include pickpocketing, robbery, and drug dealing, while others are sexually exploited online as traffickers take advantage of the increased use of the internet and social media platforms.

These are some of the issues explored in a new report from the United Nations Office on Drugs and Crime (UNODC) on the scale and scope of human trafficking in South Eastern Europe (SEE).

“Trafficking in persons is one of the most serious crimes and violations of human rights in this region,” says Davor Raus, an anti-trafficking expert at UNODC. “This is the first report that analyses the current and most pressing trafficking trends in the region and the challenges to combat this crime.”

Over 450 anti-trafficking experts from 22 countries contributed to the report examining the root causes of trafficking, the profile of the victims and the perpetrators, and the recruitment methods of the traffickers.

The report, which consolidates the findings of five regional expert meetings, also highlights successful actions that some countries are undertaking to prevent trafficking and prosecute the criminals involved.

Sexual exploitation, primarily of women who are trafficked to countries in Western and Southern Europe, remains the most prevalent form of the crime, while cases of labour exploitation are rising.

“We have noticed an increasing number of cases of exploitation of men and boys in the construction, agriculture, and catering sectors.  These have been detected in European Union countries and in parts of Western Asia and Eastern Europe,” notes Raus. “Many of them were in a situation of debt bondage, which occurs when a person is forced to work to pay off a debt to an individual or agency involved in their recruitment.”

The report also covers cross-border trafficking, i.e., job seekers who travel to neighbouring countries in the region, particularly to states with a developed tourism and hospitality industry.

Cases discussed in the expert group meetings revealed that seasonal workers in a foreign country are usually not registered and at the same time not aware of existing laws, making them more vulnerable to exploitation.

“We heard that demand for trafficking for sexual services increases in the summer season and is more prevalent in tourist and seaside resorts,” explains Raus.  “Women and girls from the SEE region come to coastal countries to get jobs but instead are deceived and forced to provide sexual services in night clubs, bars, or on ships.”

The report outlines several recommendations on ways to reduce the demand for sex trafficking, improve the detection of cases, support victims, and secure more convictions. It also identifies several key areas that need to be addressed to improve the response to human trafficking, like enhancing the collection of data on its prevalence and access to protection and rehabilitation services for victims.

“More needs to be done to address trafficking facilitated by online technologies and to improve regional and international cooperation to detect, investigate and prosecute trafficking cases, since a significant part of the trafficking activity takes place across borders,” adds Oliver Peyroux, sociologist and expert in human trafficking.

The report aims to help authorities and organizations engaged in the fight against human trafficking in South Eastern Europe understand the current situation and to provide potential solutions to the challenges they are experiencing.

“It will also guide the future of UNODC’s anti-human trafficking activities in this region,” adds Raus.

The production of the report Exploitation and Abuse: The Scale and Scope of Human Trafficking in South Eastern Europe was funded by the Governments of France and Sweden.