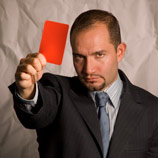 7 May 2009 - Chief executive officers (CEOs) from some of the world's leading companies today took the unprecedented step of calling on Governments to implement the United Nations Convention against Corruption.

In a letter to Secretary-General Ban Ki-moon, the CEOs threw their support behind the world's only universal anti-corruption instrument, stating that it "holds the promise of curbing corruption and creates a level playing field for all participants in the global economy". They described the Convention as "an essential instrument in the fight against corruption", but underlined the need for the establishment of an implementation review mechanism (as called for in the Convention) at the next Conference of the States Parties, to be held in Doha in November 2009. The Secretary-General has asked Antonio Maria Costa, UNODC Executive Director, to transmit the CEOs' letter to all the State Parties.

"Especially now, in a period of deep financial and economic turmoil, an effective implementation review mechanism is essential. The economic crisis will inevitably place severe strains on worldwide competition, threatening an erosion of ethical standards that will be hard to reverse," warned the CEOs. They cautioned that any further delay in establishing an effective review mechanism "would damage the credibility of the Convention and its ability to build momentum in overcoming corruption".

The CEOs highlighted three factors for building such a mechanism: adequate and dependable long-term funding; country visits with peer reviewers from other countries; and a transparent process with input from the private sector and other stakeholders, and with published reports.

"I deeply appreciate the leadership demonstrated by the corporate community in this critical matter," said Secretary-General Ban Ki-moon, in response to the letter by the CEOs. "The business advocacy for an effective review mechanism and the growing number of States adopting and implementing the Convention are evidence of a shared commitment to tackling corruption."

The letter came at the invitation of the four global, multi-industry anti-corruption initiatives addressing the corporate sector: the International Chamber of Commerce, Transparency International, the United Nations Global Compact and the World Economic Forum.

UNODC at the forefront against corruption

The Global Compact seeks to reconcile business with ethical principles in the areas of human rights, labour and the environment, with one principle, the tenth, specifically stating that businesses should work against corruption in all its forms, including extortion and bribery. Multinationals subscribing to the Global Compact include household names such as Coca Cola, Microsoft, Nestle, Starbucks, Peugeot Citroen, Airbus, Citibank, Puma, Royal Dutch Shell and Volkswagen.

UNODC, the guardian of the Convention and of the tenth principle of the Global Compact, has stepped up its work with the business community while promoting the implementation by States of the far-reaching measures of the Convention. Since it was adopted in 2003, the Convention has been signed by 140 States and ratified by 136. To combat corruption, it includes measures on prevention, criminalization, international cooperation and asset recovery.

States that have signed or ratified the Convention against Corruption will meet in Doha in November to take stock of global progress in implementation and consider ways to step up international efforts to prevent and fight corruption. At their third Conference, States parties to the Convention will focus on three key issues: establishing a mechanism to review the implementation of the Convention; asset recovery; and technical assistance to build national capacity to combat corruption. Other issues will include measures to prevent corruption and improve international cooperation. The corporate community is expected to play a crucial role at the Doha Conference and beyond, establishing itself as an increasingly prominent ally in the anti-corruption campaign.