Drug trafficking and the financing of terrorism 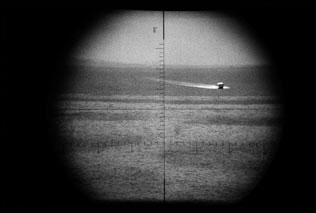 21 November - Although the link between terrorism and other related crimes, such as drug trafficking, is evident and has been recognized by the United Nations Security Council, a thorough understanding is needed in order to develop solid strategies to prevent and disrupt these crimes.

Speaking at a recent conference in Istanbul, "The Role of Drug Trafficking in Promoting and Financing Today's Global Terrorism," jointly organized by Turkey, the United States and Colombia, UNODC Senior Terrorism Prevention Officer Irka Kuleshnyk said that "While it is difficult to establish how widely terrorist groups are involved in the illicit drug trade, or the breadth and nature of cooperation between these two criminal groups, the magnitude of the numbers involved make the relationship worrisome."

According to the UNODC's World Drug Report 2007, the total potential value of Afghanistan's 2006 opium harvest accruiing to farmers, laboratory owners and Afghan traffickers reached about $US3.1 billion. In addition, it is reported that in 2004, some 400 tons of cocaine was exported from one Latin American country, with an estimated domestic value of US$ 2 billion. How much of this money is used for perpetrating acts of terrorism? Estimates vary. But even a small percentage would be more than sufficient for some individuals or groups to plan, finance and carry out terrorist acts.

Indeeed drug trafficking has provided funding for insurgency and those who use terrorist violence in various regions throughout the world, including in transit regions. In some cases, drugs have even been the currency used in the commission of terrorist attacks, as was the case in the Madrid bombings.

Effective tools do however, exist which can chip away at - and eventually contribute to breaking - the links. For example, at the international level there is a common legal framework consisting of 16 universal anti-terrorist instruments, as well as relevant UN Security Council resolutions. Included in the latter is a series of UN resolutions imposing sanctions - such as the freezing of assets, a travel ban and an arms embargo, on members of the Taliban, Al-Qaida and their associates. There are currently 124 entities and 226 individuals on this list.

Illicit drug traders and terrorists are not some mysterious entity, Kuleshnyk says. Rather they are usually groups and networks that operate in ways that can be understood, identified, tracked and ultimately disrupted. We need to integrate our work to build up more effective and efficient networks so that we may defeat these illegitimate networks that perpetuate so much destruction throughout the world.