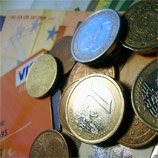 27 April 2009 - The global financial crisis is partly caused by economic crime. Last week, at the eighteenth session of the Commission on Crime Prevention and Criminal Justice, UNODC Executive Director Antonio Maria Costa said that "bankers have allowed the world's criminal economy to become part of the global economy." He added that "the financial crisis is providing an extraordinary opportunity for even greater mafia penetration of cash-strapped financial houses: with the banking crisis choking lending, these cash-rich criminal groups have emerged as one of the few sources of credit."

In keeping with the public mood for tighter regulation, international treaties like the United Nations Convention against Corruption and the United Nations Convention against Transnational Organized Crime can help States to fight fraud, financial crime, corruption and money-laundering while rebuilding trust in the financial system. UNODC, together with the World Bank, can also help poor countries recover stolen assets through the Stolen Asset Recovery (StAR) initiative, which fosters cooperation between developing and developed countries and between the public and private sectors, to repatriate looted assets and eliminate safe havens for dirty money.

Everything is connected, including crime

Economic fraud goes hand-in-hand with identity-related crime. The spread of information and communication technologies has compounded the problem. States are increasingly concerned about the potential for offenders to obtain vast amounts of information by hacking computers and by committing other forms of cybercrime, which has become a billion dollar business and is increasing exponentially with more than 1 billion Internet users in the world today. Identity-related crime is also linked to other activities involving organized crime, terrorism, corruption and money-laundering. Identity-related abuses can be used to evade detection and prosecution and to prevent the tracing and forfeiture of proceeds of crime.

For many countries, identity-related crime as an offence is still a new concept so more needs to be done at the national level to strengthen legislation and close the loopholes exploited by criminals. "ID-crimes must be recognized as stand-alone offences, as we do for cybercrimes," said Mr. Costa. What is required is prevention, prosecution and protection to assist victims of such crimes. Developing countries need assistance to monitor threats, identify criminal activities and disrupt suspicious transactions. At the global level, a common approach to the criminalization of identity-related offences will facilitate cooperation in law enforcement and the sharing of information on crime trends.

Cooperation between the public and private sectors is also vital for understanding the various dimensions of the problem and for taking effective measures against the phenomenon.