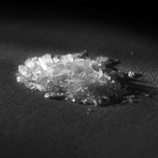 6 May 2009 - Malaysia has just confirmed its largest-ever synthetic drugs bust and the biggest such seizure in South-East Asia in recent years. The estimated 960 kg of crystal methamphetamine, which is locally nicknamed "syabu", are worth several hundred million dollars. They were probably destined for markets in the region and also lucrative markets in Europe, North-East Asia and Australasia. Anti-narcotics police also arrested three men.

"This is a major success against organized crime targeting South-East Asia for the manufacture, trafficking and use of synthetic drugs" said UNODC expert Jeremy Douglas.

The amount of the haul exceeds the total amount of synthetic drugs confiscated over the past few years in Malaysia. Traffickers shipped the methamphetamine by boat and offloaded it along a remote area of the coast, a method well known in the region. In Subic Bay, the Philippines, for example, almost 750 kg of methamphetamine were confiscated in May 2008 and in West Java, Indonesia, over 600 kg turned up in March 2008.

However, the location of the drug-manufacturing laboratory of origin is not yet known. "The most probable conclusion is that there are many labs in the region capable of  manufacturing large amounts like this", says Douglas. "This and other seizures in South-East Asia indicate that the methamphetamine supply is massive, although law enforcement is probably not intercepting much of what is out there and most is getting through to markets within and outside the region," he adds.

Syabu, also commonly known as "ice", is a very addictive stimulant affecting the central nervous system. A high-purity form of methamphetamine, it is a white crystalline powder that is most often smoked but can also be easily dissolved and then injected. Chronic users exhibit symptoms that include violent behaviour, anxiety, confusion and insomnia. As with other potent synthetic drugs, users may develop certain psychotic characteristics, including paranoia, auditory hallucinations, mood disturbances and delusions.

The seizure emphasizes the need for better coordination and faster exchange of information on synthetic drugs, Douglas says. UNODC is helping Governments do this through the global Synthetics Monitoring: Analyses, Reporting and Trends (SMART) programme launched in September 2008. SMART teams are currently being put in place to assist Governments in gathering, analysing and sharing information on synthetic drug manufacture, use and trafficking routes.