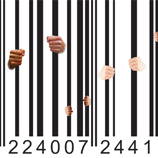 28 April 2009 - In March this year, a conference to foster public-private partnerships in the hope of countering human trafficking was held in Bahrain. Hosted by Her Highness Sheikha Sabeeka Bint Ibrahim Al-Khalifa, the meeting was entitled "Human Trafficking at the Crossroads". It aimed to attain rapid and effective action to alleviate the exploitation of human beings and bring an end to the suffering that trafficking in humans causes to its many victims.

The event, which was attended by First Lady of Egypt Susan Mubarak and UNODC Executive Director Antonio Maria Costa, among others, turned out to be a successful and productive meeting that produced the Manama Declaration.

The conference also helped highlight the issue of human trafficking and, as a result, a full video report was produced shedding light on this crime that shames us all.