Why should we care about cannabis? 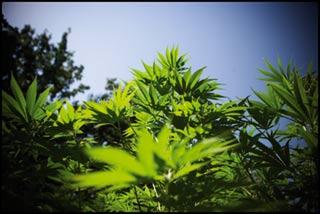 25 April 2008 - Approximately 4 per cent of the world's adults - some 162 million people - use cannabis at least once in the course of a year, making it the world's most widely used illicit drug. In some countries, more than half of all young people have tried it. In spite of this high rate of usage, many basic facts about cannabis remain obscure. Of particular concern are the recent growth in the drug's potency, and mounting questions about the role of cannabis in mental illnesses.

In recent years, research has demonstrated that cannabis is becoming more potent. Studies done in key markets such as the Netherlands, the United States and Canada, for example, have shown that the potency of sinsemilla cannabis, made from the unfertilized buds of the female plant, has doubled. The market for this high-potency, indoor-produced variety appears to be growing in many key consumption countries. As the drug grows stronger, users consequently experience more powerful - and dangerous - psychological effects. Emerging research indicates that cannabis consumption may have greater mental health implications than previously believed.

Although it is often seen as a less harmful drug, cannabis use poses several health risks. Even when used only once, cannabis may lead to panic attacks, paranoia, psychotic symptoms and other negative acute effects. The drug may also precipitate psychosis in vulnerable individuals and intensify symptoms in diagnosed schizophrenics. As it is mostly smoked and contain high levels of tar, cannabis additionally puts users at an increased risk of lung cancer and other respiratory diseases.

The risk of becoming dependent on cannabis is also higher than most casual users suspect. Regular users risk developing psychological dependence to the point where they cannot quit even when the drug use starts to negatively impact in other areas of their lives, such as work and personal relations. Around 9 per cent of those who try cannabis are unable to stop using it, and demand for treatment for cannabis-related problems has increased in recent years in the US and Europe.