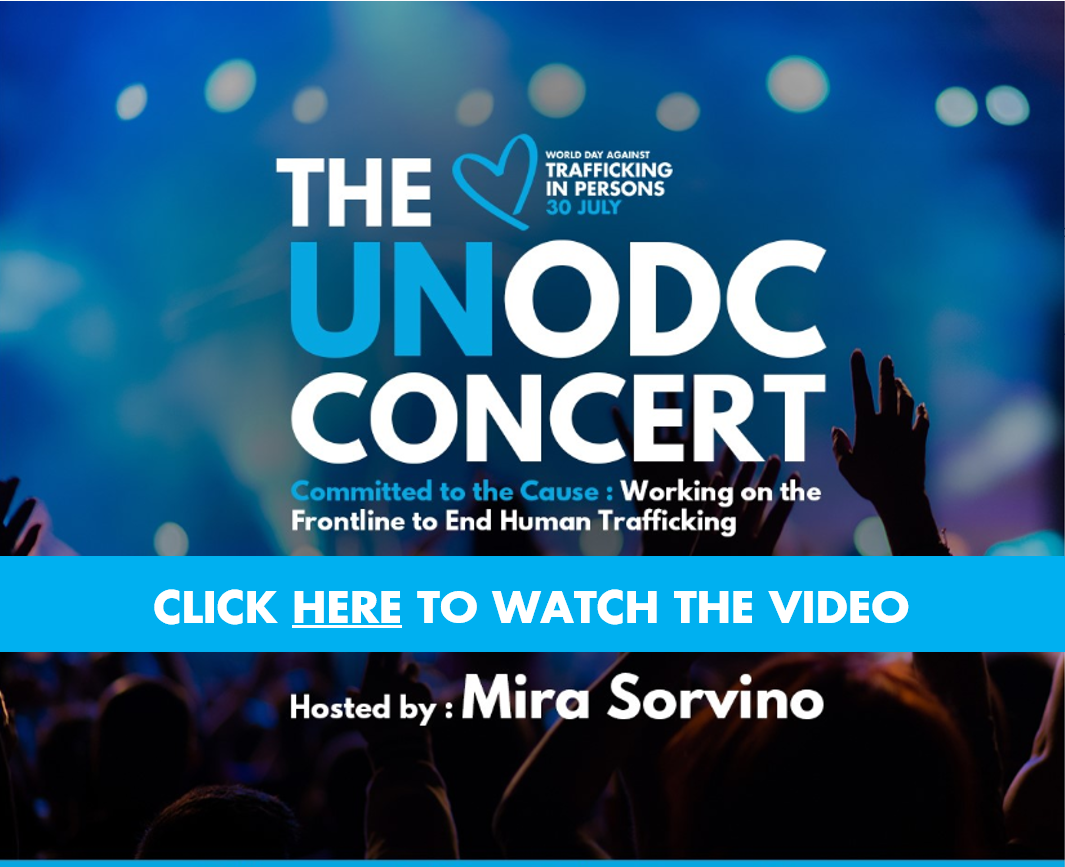 On 30 July, World Day Against Trafficking in Persons, the UN Voluntary Trust Fund for Victims of Human Trafficking, Especially Women and Children, managed by UNODC, organized a live virtual fundraising concert in support of victims of human trafficking in partnership with Rukus Avenue Music Group. To all who tuned in and donated, we would like to thank you for your contributions in support of human trafficking victims.

In case you missed the live stream, the Trust Fund Secretariat would like to cordially invite you to watch the concert on Youtube at this link where the concert’s host, UNODC Goodwill Ambassador and actress Mira Sorvino, will guide you through the performances of the “Artists UNited against Trafficking in Persons”.

Donations can still be made in support of victims of human trafficking using the QR code on the top right corner of the video or you can donate at the following link.

All proceeds go directly to the Trust Fund, which provides vital assistance and protection to the victims of trafficking through specialized organizations across the globe.

Performing artists and special guests include:

We appreciate your support in watching and sharing the concert to help us spread awareness and share the message with your friends and partners.