Reliable data is crucial to build a strong response to trafficking in persons. On 25-27 March 2020, UNODC and civil society held a meeting in Lilongwe to coordinate work and strengthen data collection efforts in Malawi. 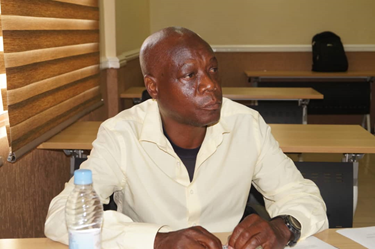 30 members of civil society organizations were designated as “court monitors” and tasked to collect court judgments on trafficking in persons from several courts of Malawi. They were brought together in Lilongwe to receive training and guidance by UNODC prior to their deployment in the regions of the country.

During the ongoing data collection exercise, the civil society team leader Mr. Edgson Kubwalo said that the collection of human trafficking judgments has exposed a number of structural and capacity gaps that need to be addressed and thanked UNODC for the support.

One of the court monitors, Mrs. Sharoon Bakali, appealed for consistency in sentencing of the crime. She stressed that some judgments collected showed that the Prosecutors and lower Magistrates are still facing a number of challenges in applying the Trafficking in Persons Act. Other judgements suggest that more could be done to ensure consistent interpretation and application of the Trafficking in Persons Act.

The judgements also provide valuable information on the forms and manifestations of trafficking in persons affecting Malawi. For example, fourteen cases recorded at the High Court show the prevalence and modus operandi of trafficking in children from Phalombe. The perpetrators use uncharted routes to take the children to Mozambique for labour exploitation, often for periods of a few months.

The collection of TIP judgements across the country is expected to build skills in court monitoring and data collection, increase awareness and understanding of TIP and its international legal framework, as well as the Trafficking in Persons Act and national laws for addressing trafficking issues in Malawi.