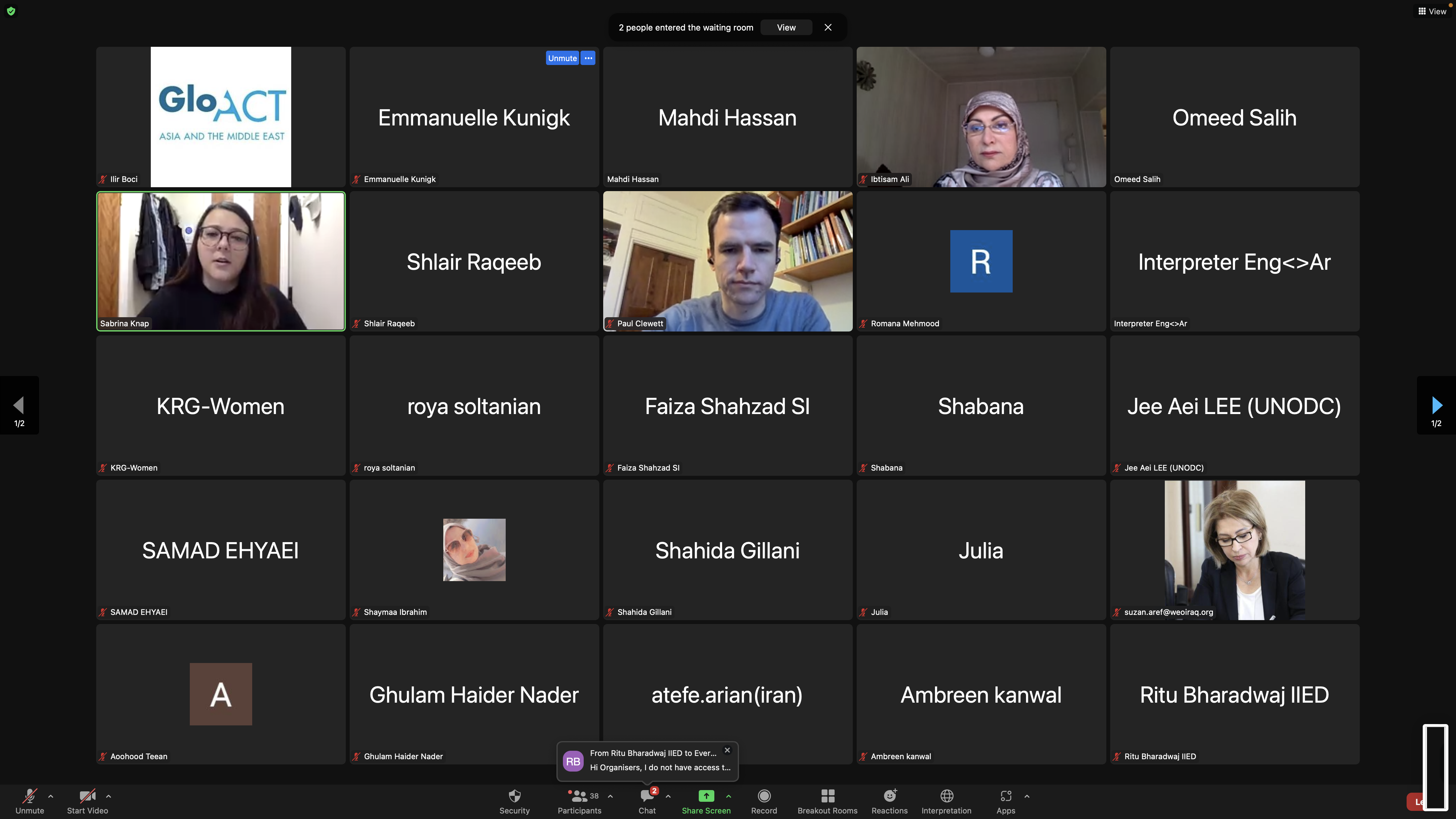 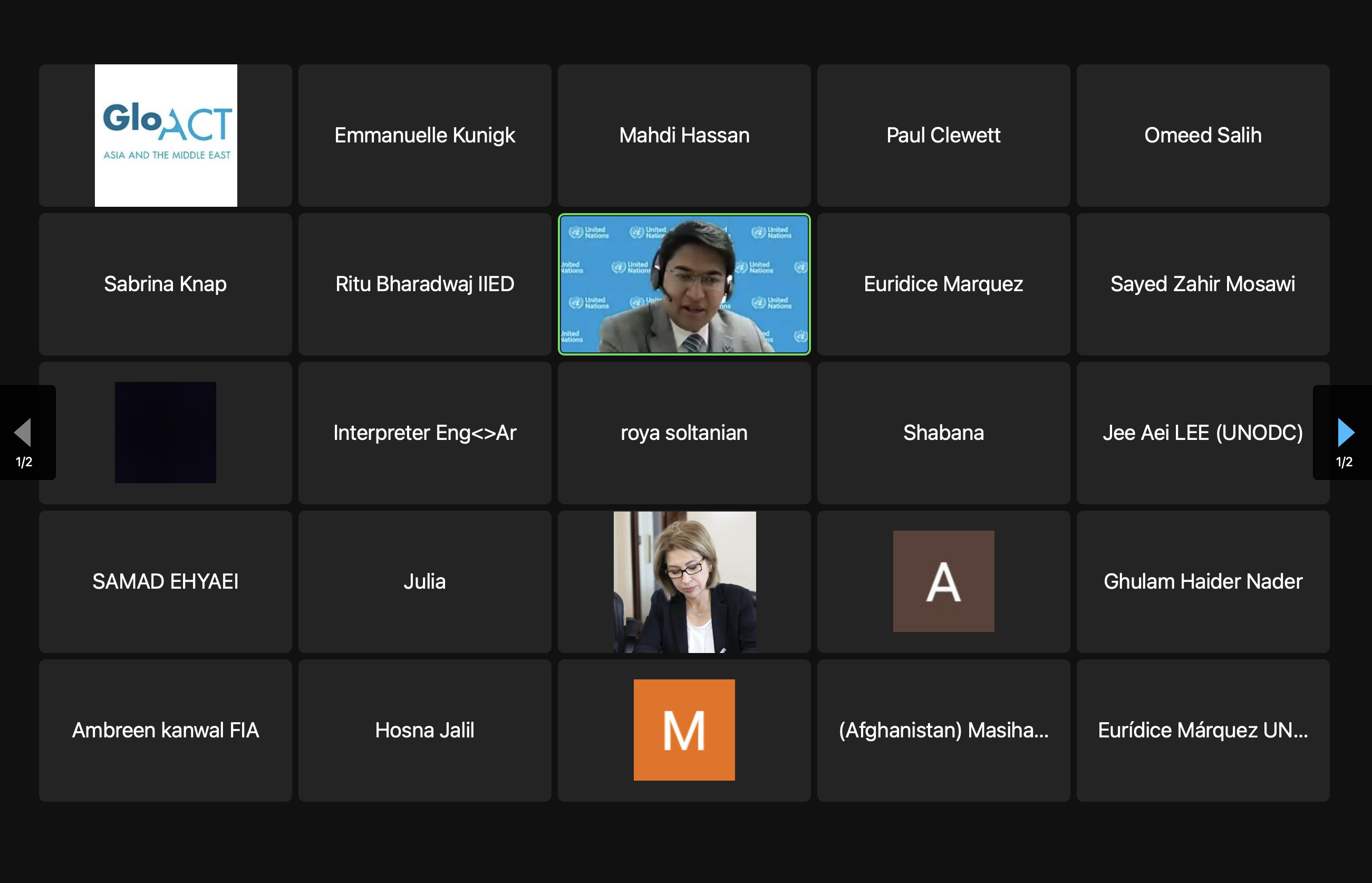 Flagged as a priority topic by members of the GLO.ACT Women's Network, given recent floods in Pakistan and Bangladesh and droughts in Iraq, on 10 January 2023 GLO.ACT facilitated a seminar on the nexus between climate change, human trafficking and migrant smuggling, pulling from the research and experiences while developing the policy brief Climate, Crime and Exploitation: The gendered links between climate-related risk, trafficking in persons and smuggling of migrants.

During the seminar, relevant experts drew from their own work and research followed by insights from the field, including current country responses. The objective of the seminar was to enhance knowledge and awareness of the effects of climate change on human trafficking and smuggling.

The online seminar featured experts Paul Clewett and Ritu Bharadwaj who, respectively, focused on environmental change and human trafficking in South-West Bangladesh and how climate change, distress migration and exploitation meet, looking at how to develop integrated approach in policy framing.

Both experts stressed the differences in between slow- and sudden-onset climate events and their varied consequences, particularly in conflict and post-conflict regions. Women and girls were identified as especially vulnerable to trafficking in persons and the associated forms of exploitation as they tend to have fewer opportunities for legal and safe employment and are targeted at higher rates for human trafficking.

The seminar will be followed by a workshop, allowing participants to share their personal and professional experiences, discuss more case studies, and collaborate on ideas to address the increasing intersectionality of the issues.

The Global Action against Trafficking in Persons and the Smuggling of Migrants – Asia and the Middle East (GLO.ACT-Asia and the Middle East) is a four-year (2018-2022) joint initiative by the European Union (EU) and the United Nations Office on Drugs and Crime (UNODC) being implemented in partnership with the International Organization for Migration (IOM) in up to five countries: Islamic Republic of Afghanistan (Afghanistan), Islamic Republic of Iran (I.R. of Iran), Republic of Iraq (Iraq), Islamic Republic of Pakistan (Pakistan). GLO.ACT-Bangladesh is a parallel initiative also financed by the EU and implemented with IOM.