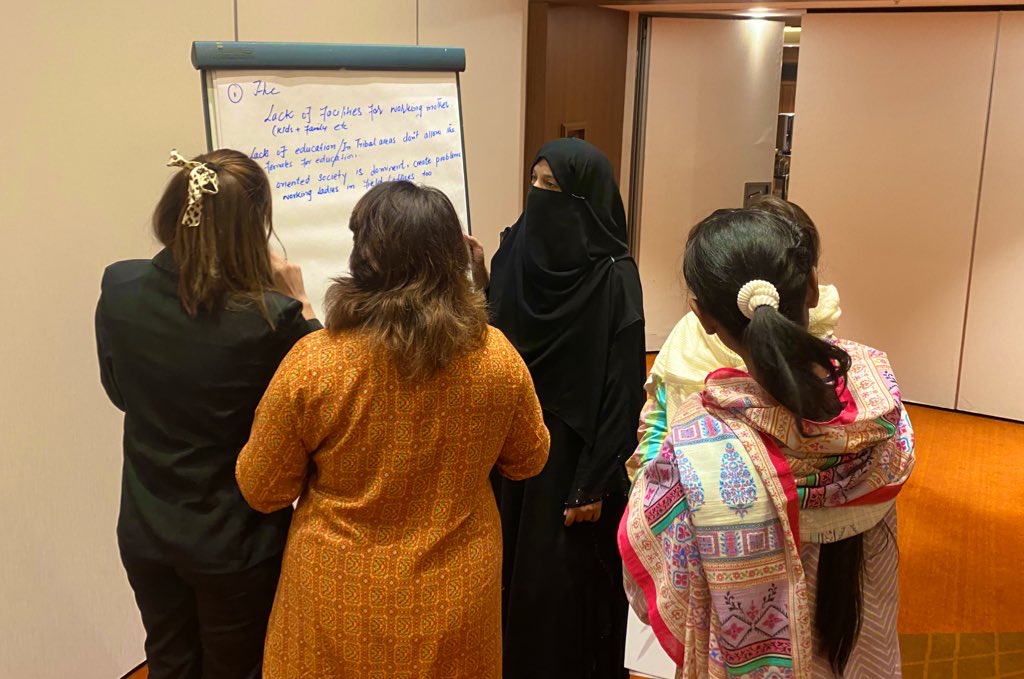 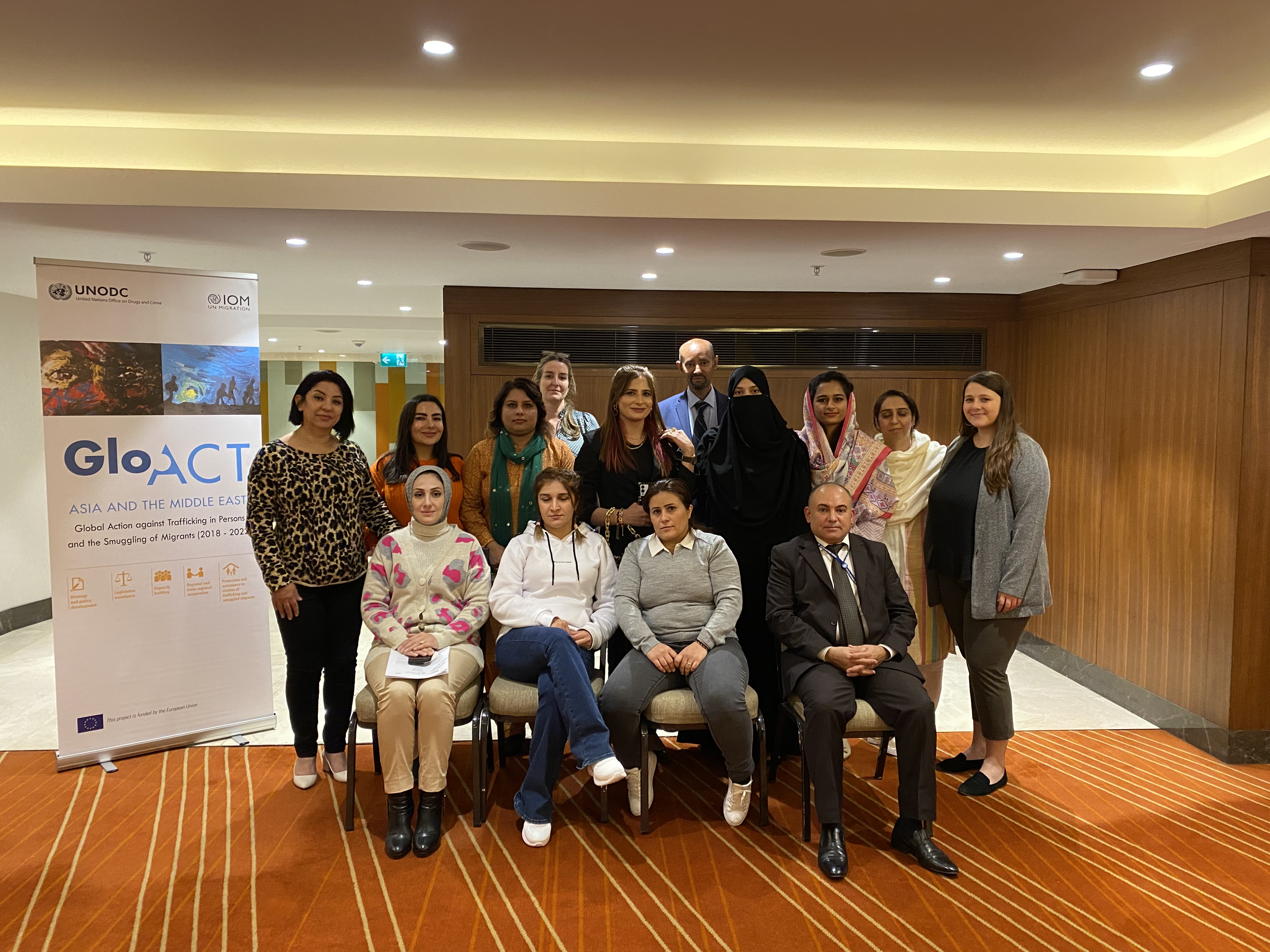 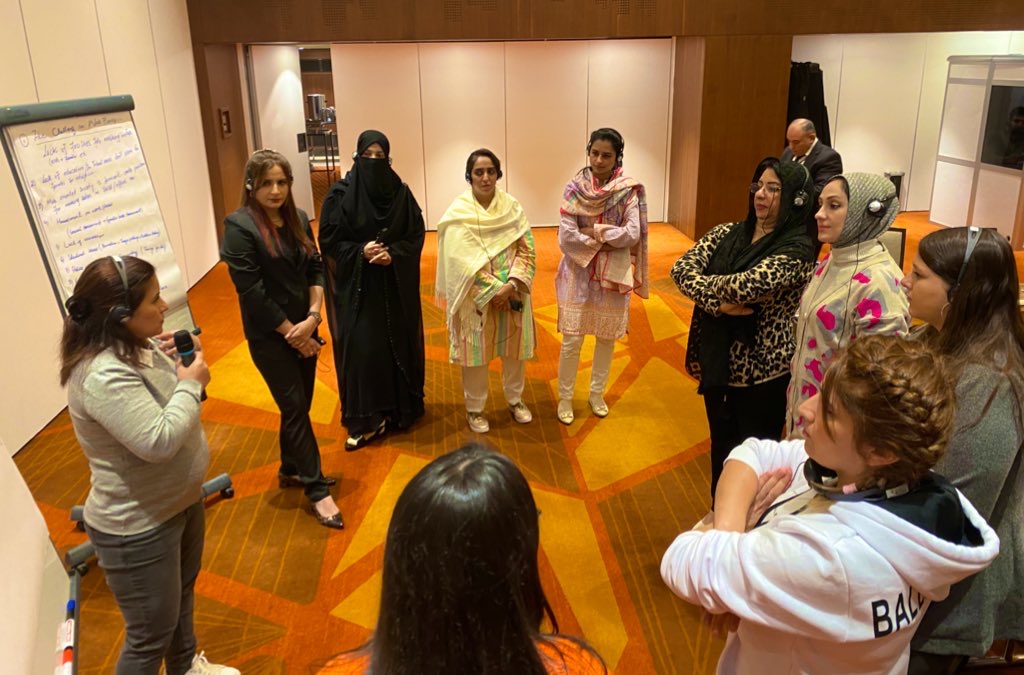 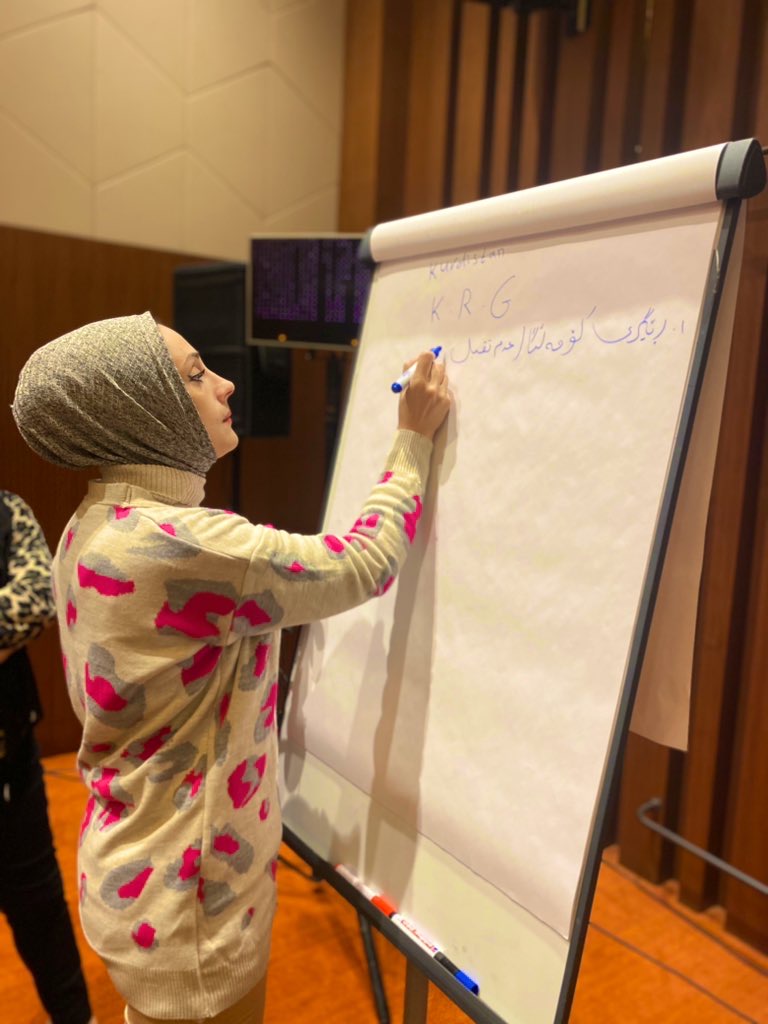 Istanbul, Türkiye 23 November 2022 – Globally,women are vastly under-represented in law enforcement, judicial institutions and policy-making bodies. The average in 2016-17 was around 30 to 35 per cent in law enforcement and justice bodies.

With human trafficking and migrant smuggling being gendered crimes, this lack of female representation in rule of law institutions is of grave concern.

The GLO.ACT Women’s Network of Gender Champions against human trafficking and migrant smuggling was launched in June 2020 under the framework of GLO.ACT Asia and the Middle East, to help address the gendered nature of both crimes and the severe underrepresentation of women working in and/or leading institutions responding to both crimes.

One of the Network’s objectives, anticipated in its Advisory Board-approved Roadmap to Action, is to establish closer connections between criminal justice practitioners in different countries, who often face the same challenges and can benefit from sharing information and mutual support.

On 10 November 2022, UNODC organized an exchange between female officers from Pakistan and the Kurdistan Region of Iraq (KRI) in Istanbul, Türkiye. The day focused, in part, on finding solutions to the barriers and bottlenecks that prevent the meaningful inclusion of women in operational and leadership roles in Pakistan and the KRI.

The exchange also enabled the officers to share knowledge and experiences of the latest developments on human trafficking investigations in their respective countries, including techniques, challenges, successful investigations and understanding of the modi operandi of criminal networks.

Channels of communication between participants were also created, and opportunities for future potential bilateral/regional information exchanges were identified.

During the meeting, officers from the KRI emphasized the importance of assisting the Ministry of Interior in the KRI in drafting Standard Operating Procedures to encourage more women to join policing and increase the number of female investigators.

Both groups also advocated for the inclusion of gender policies that remove barriers to entry or progression, including access to childcare (within the police and federal authorities) or flexible working schedules, to encourage more women to work as investigators/in operational roles.

The importance of continued capacity building through the training of criminal justice professionals, such as police officers and judges, in terms of identifying human trafficking and migrant smuggling, was also stressed by the participants.

10 female officers (5 from Pakistan and 5 from the KRI) participated in the exchange. Looking ahead, UNODC will support the participants in setting up informal communication mechanisms and identify future information and peer learning opportunities.