A suspicious passenger, wanted by the FBI and INTERPOL for 12 years on charges of terrorism, has been detected and investigated at the international airport of El Salvador by the Joint Airport Interdiction Task Force (JAITF) of the Airport Communication Project (AIRCOP). AIRCOP is implemented by UNODC in partnership with INTERPOL and the World Customs Organizations (WCO).

The passenger was on his way from Quito, Ecuador, to Russia through El Salvador and Cuba, when he was detected by the JAITF team in early August. After preliminary interviews, the officers of JAITF recommended further investigation.

Further investigation with the collaboration of the United States Government confirmed that the passenger was Joseph Mahmoud Dibee. He was travelling with a genuine document but using a different name, and had been wanted for 12 years by the FBI and INTERPOL on charges of arson, destruction of an electric tower and other acts of terrorism that occurred in the United States in the 1990s and 2000s.

Upon his arrival at the International Airport in Havana, international coordination between the Government of the United States and Cuban authorities resulted in the successful arrest of the passenger. 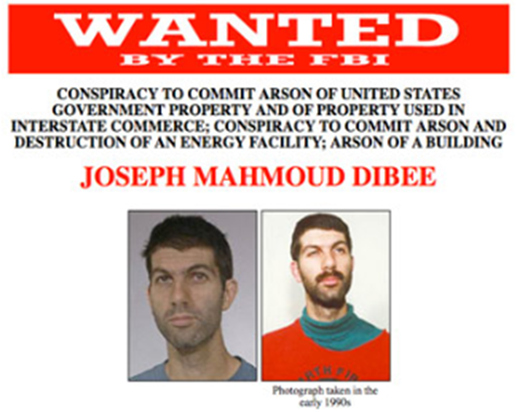 AIRCOP is implemented by UNODC in partnership with INTERPOL and the World Customs Organization (WCO) in over 30 countries. Through the establishment, training and mentoring of Joint Airport Interdiction Task Forces (JAITFs), it aims at strengthening the capacities of international airports to detect and intercept drugs, other illicit goods and high-risk passengers (including foreign terrorist fighters), in countries of origin, transit and destination.

AIRCOP also promotes intelligence and information sharing between law enforcement agencies at national and international levels, as well as an intelligence-led approach to countering drug trafficking and other types of threats.

The AIRCOP JAITF in San Salvador consists of 19 law-enforcement officers from Immigration, Customs, Police and INTERPOL National Central Bureau (NCB) and actively coordinates with national and international partners in the realization of its day to day duties. 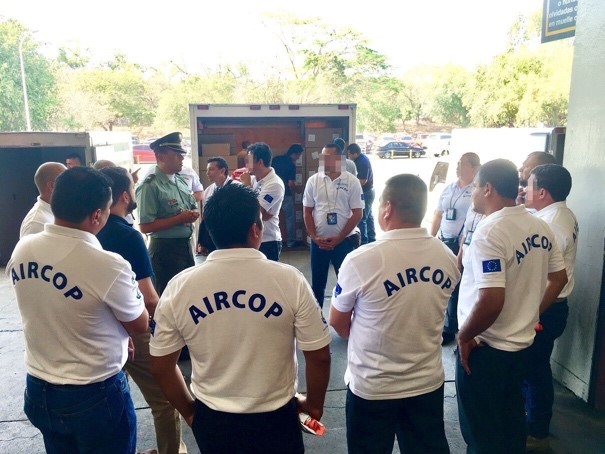 Funded by the European Union (as part of the Cocaine Route Programme, under the Instrument contributing to peace and stability) with additional contributions from Canada, France, Japan, the Netherlands, Norway and the United States of America, AIRCOP has so far led to the seizures of large amounts of drugs, illicit/fraudulent medicine, products of wildlife crime, undeclared cash, fake/fraudulent travel documents and credit cards. Several potential foreign terrorist fighters have also been intercepted in the Caribbean and in West Africa, including some that were on the watch lists of European countries.