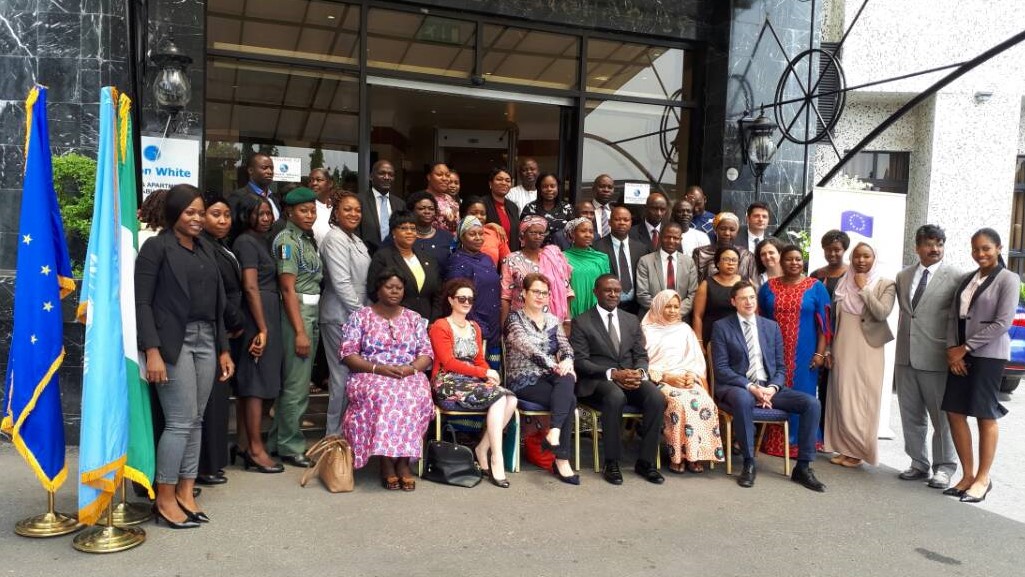 The international community is increasingly recognizing the importance of integrating a gender perspective into the global fight against terrorism. While women and girls continue to be victims of crimes committed by terrorist groups such as Boko Haram and ISIL (Da'esh), recent reports have shown the growing involvement of women in terrorist offences.

With a view of supporting States in countering such unique legal and human rights challenges, UNODC, in partnership with the European Union and Office of the UN High Commissioner for Human Rights (OHCHR), held the first workshop on gender dimensions of the criminal justice response to terrorism in Abuja, Nigeria on 15 May 2017.

At the outset of the event, UNODC's Representative in Nigeria, Cristina Albertin, said: "UNODC is pleased to support Sub-Saharan African States most affected by terrorism in integrating a gender perspective into their efforts against terrorism", stressing that an effective criminal justice response must include a gender perspective, mainstream women's rights, and pay close attention to the role of women, both as perpetrators and as victims of terrorism related offences.

Funded by the European Union, the workshop brought together 31 Nigerian criminal justice officials and women's rights experts to advance their understanding of gender dimensions in terrorism cases. It also provided an opportunity to share experiences and good practices, to analyse case studies, and to provide national authorities with technical support for the integration of human rights and gender dynamics into government responses to terrorism and violent extremism.

During the training, the participants drew attention to women and girls within Boko Haram, noting that they are subject to forced marriages and sexual slavery, and are used as - voluntary or coerced - human shields, suicide bombers, spies, messengers, smugglers, recruiters and combatants.

The event also provided a platform to provide input for the development of a specialized training manual focusing on gender dimensions of criminal justice in terrorism cases.  The manual is planned to be used in the future for training activities by UNODC-trained national trainers.