The Terrorism Prevention Branch of the UNODC and the Parliamentary Assembly of the Mediterranean (PAM) organized, in close consultation with the United Nations Security Council's Counter-Terrorism Committee Executive Directorate (CTED) and the Inter-Parliamentary Union (IPU), a conference entitled "Evaluation of implementation by national parliaments of the United Nations Security Council Resolutions on Terrorism and Foreign Terrorist Fighters (FTFs)" in Rome from 30 to 31 March 2017. The conference was generously hosted by the Italian Senate and funded by the European Union. 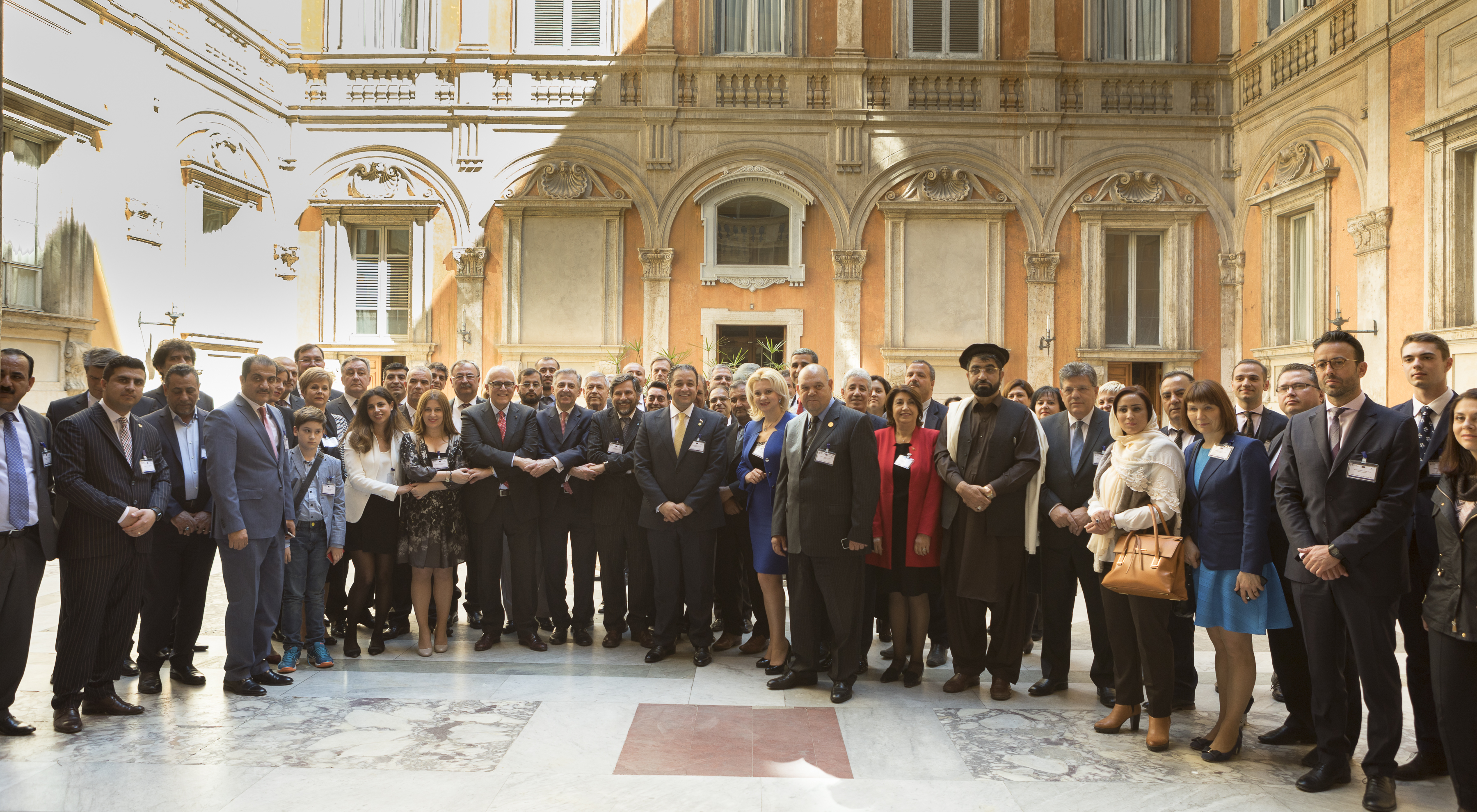 The conference was organized within the framework of the EU-funded UNODC Initiative aimed at strengthening the legal regime against FTFs in the MENA region and South-Eastern Europe.

This initiative follows and complements the activities jointly organized by UNODC and PAM in recent years, notably the seminar on the oversight of law enforcement and security services in the fight against terrorism (Rome, 26-27 February 2015), and the workshop on the challenges posed by a preventative criminal justice response to terrorism and to FTFs (Bucharest, 8-9 October 2015). More recently, the UNODC and IPU in consultation with PAM, have also organized a conference on the challenges posed by extremism leading to terrorism and preventive criminal justice responses that took place in Aswan, Egypt from 31 January to 2 February 2017.

The purpose of the conference was to discuss the status of the implementation of the relevant United Nations Security Council resolutions by national parliaments, and national counter-terrorism strategies along with the lessons learned. The conference also offered a platform to present good practices in order to facilitate the smooth implementation of the Security Council resolutions by all PAM Member parliaments. At the request of CTED, the national parliaments of the Central Asian states were invited to join the national parliaments of the PAM region for this important discussion, as the event took place after the Parliamentary Conference on Combating International Terrorism, that was organized jointly by the Member States  of the Inter-parliamentary Assembly of the Commonwealth of Independent States (CIS) and the OSCE Parliamentary Assembly, in St. Petersburg on 28 March 2017. The event also welcomed representatives from several Western European and  South-Eastern European parliaments. 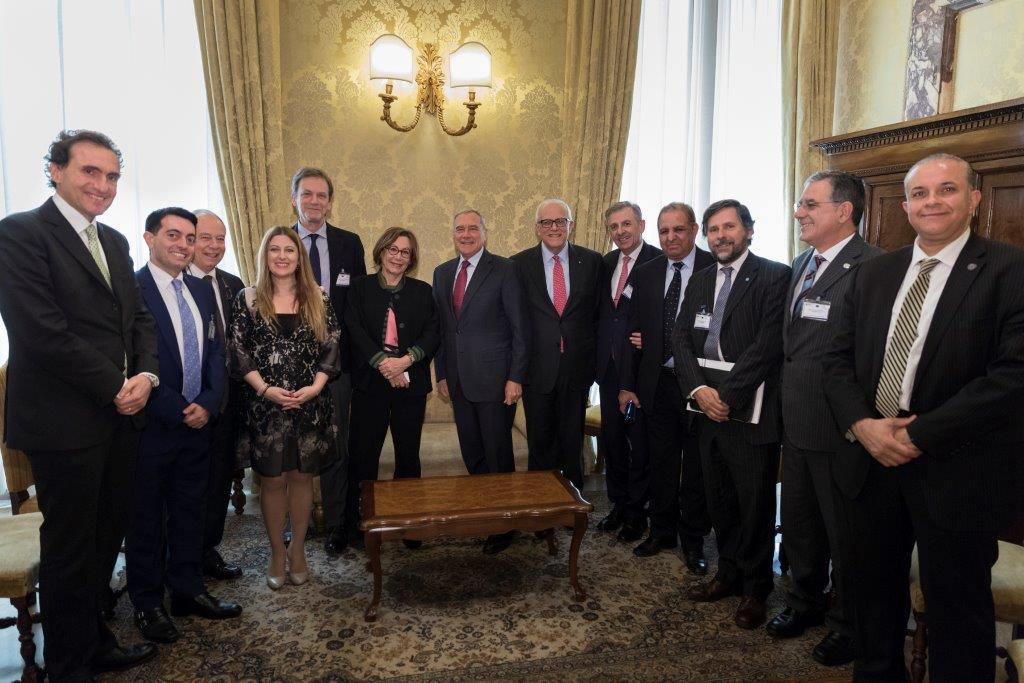 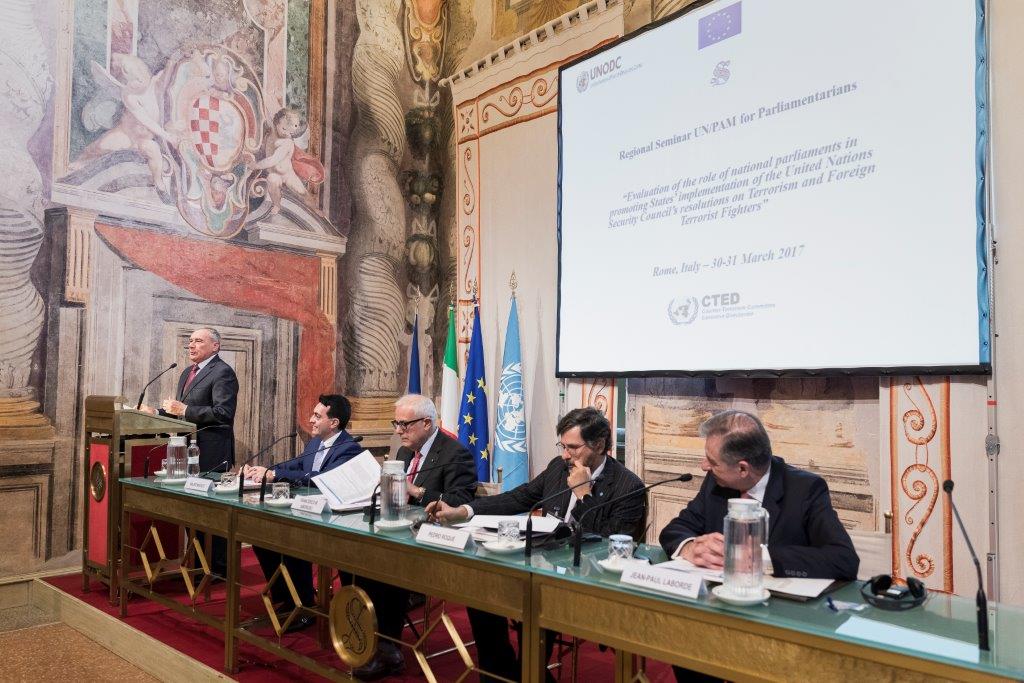