The UNODC's Terrorism Prevention Branch (UNODC/TPB) organized two events in Astana in the form of a stakeholders meeting on 24 October 2017 and a two-day regional workshop on 22-23 November 2017. Both activities were conducted under the project on supporting Central Asian States to strengthen national and regional frameworks for preventing and countering violent extremism from a criminal justice perspective and was generously funded by the Government of Japan.

The stakeholders meeting brought together representatives from government ministries, prosecutorial services, academia, NGOs and international experts in the field of preventing and countering violent extremism (PVE/CVE) from Kazakhstan, Kyrgyzstan, Tajikistan, Turkmenistan and Uzbekistan. Regional and international organizations who participated include the International Organization for Migration, the Organization for Security and Co-operation in Europe, local offices from the United Nations Development Programme, the United Nations Regional Centre for Preventive Diplomacy for Central Asia and UN Women.

The meeting aimed to enhance participants' understanding of current issues in the PVE/CVE field, and to promote cooperation between the Central Asian States through the design and implementation of a PVE network. International experts led lectures and discussions on topics including current global terrorism threats; the importance of a "whole of society" approach to PVE/CVE particularly involving local community members; the regional PVE network's project website and its use as an organizational and information-sharing tool; working effectively with international NGOs; and current international research on extremist recruitment in Central Asia.

The regional workshop on interaction and partnerships in PVE/CVE: the role of government, civil society and private sector, brought together government and civil society representatives of all five Central Asian states. Programme officers from UNODC/TPB and international experts presented topics promoting a "whole of government and whole of society" coordinated approach to fighting violent extremism. Participants received training on topics including social media counter-narratives and the balance between human rights and security needs in the context of PVE/CVE. 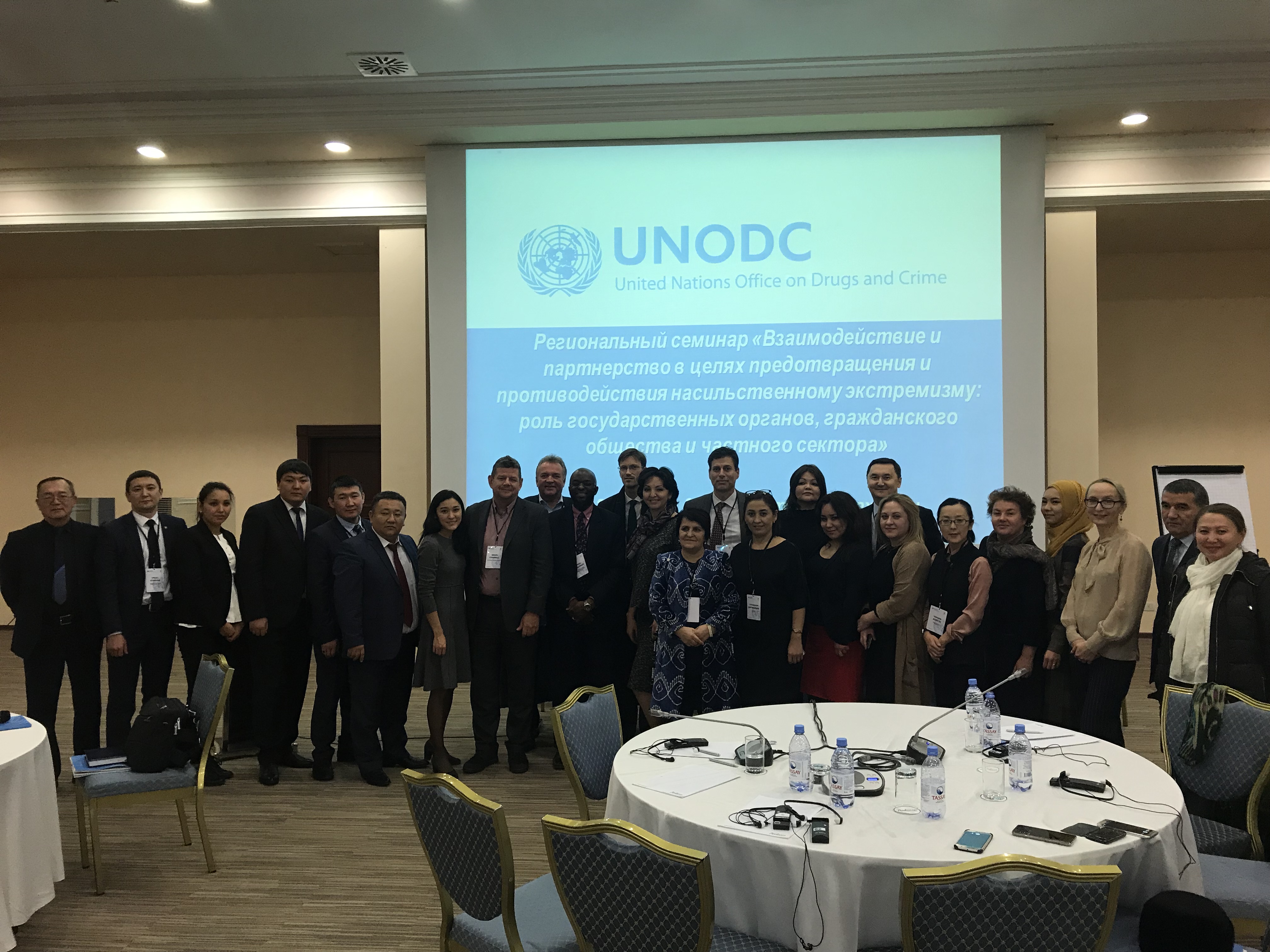