Representatives of over 30 Member States and experts from Canada, the Netherlands, the Group of Experts of the Security Council Committee established pursuant to resolution 1540 (2004), the International Atomic Energy Agency, the United Nations Office for Disarmament Affairs and UNODC gathered in Vienna on 20 and 21 March 2018 to discuss the importance of becoming party to, and fully implementing, the international legal framework against nuclear terrorism. 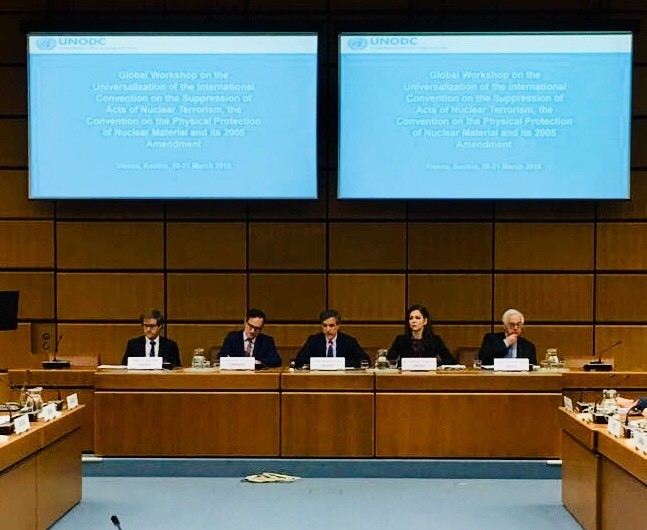 In its opening remarks, John Brandolino, Director of the Division for Treaty Affairs of UNODC, reminded participants of the words of UNODC's Executive Director Yury Fedotov in December 2017 at the event commemorating the 10th anniversary of the entry into force of the International Convention for the Suppression of Acts of Nuclear Terrorism: "Nuclear terrorism is one of the greatest threats to humanity. No efforts should be spared in our work to overcome this global challenge."

Alexandre Bilodeau, Chargé d'affairs of the Permanent Mission of Canada to the United Nations in Vienna, highlighted the good co-operation between Canada and UNODC in work on prevention of nuclear terrorism. The event was funded by the Government of Canada.

The International Convention for the Suppression of Acts of Nuclear Terrorism (ICSANT), the Convention on the Physical Protection of Nuclear Material (CPPNM) and its 2005 Amendment provide, inter alia, tools to ensure that there is no safe haven for those committing the acts that they establish as offences. However, these instruments can only work to their full extent when all countries in the world are party to them, since security is only as strong as the weakest link.

Participants had the opportunity to understand the differences and synergies between ICSANT, CPPNM and its 2005 Amendment. The Workshop also provided them with the opportunity to explore a practical case on the implementation of these instruments, discuss national challenges and lessons learned, recognize the importance of being party to and fully implementing ICSANT, CPPNM and its 2005 Amendment, and learn about opportunities for assistance offered by the different organizations represented at the event. 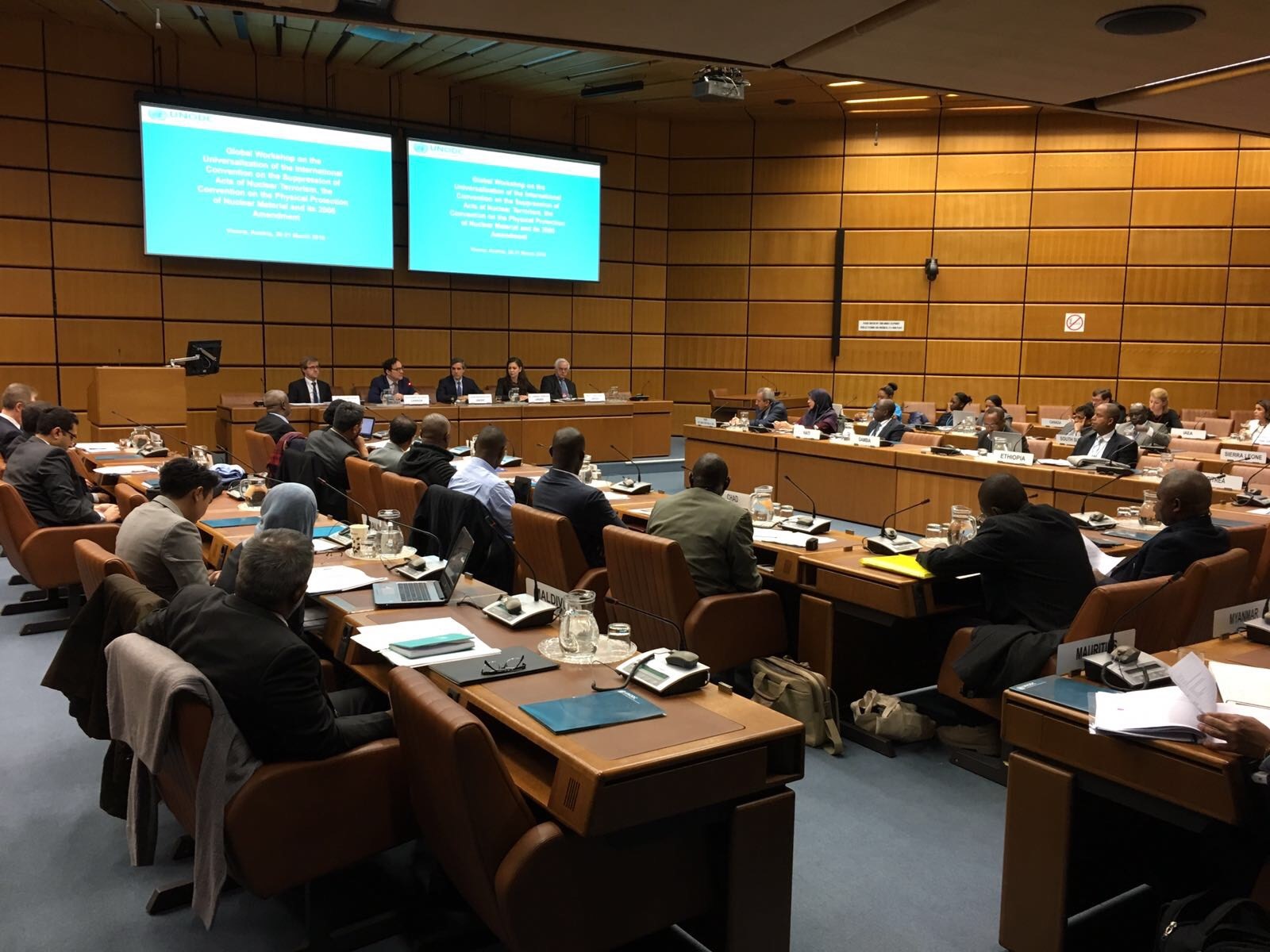