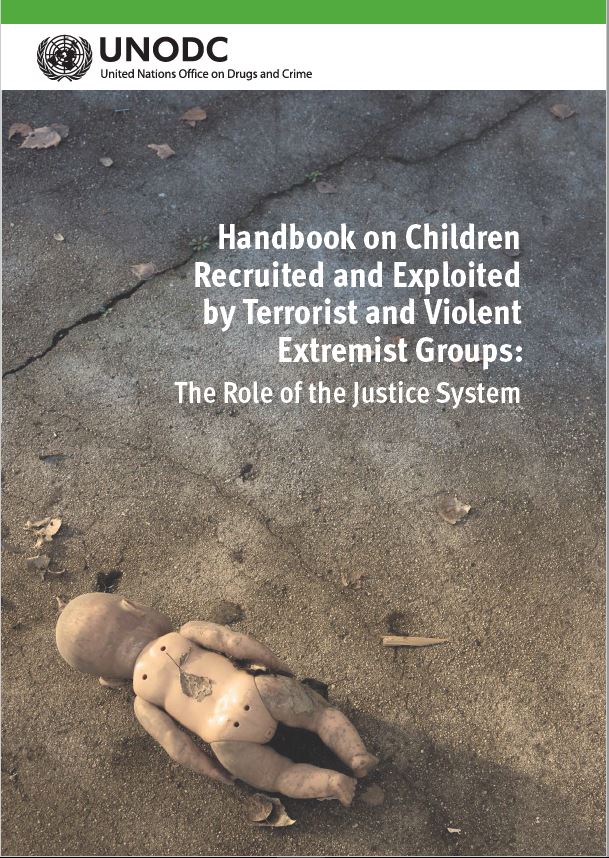 On 26 January 2018, UNODC launched the Handbook on Children Recruited and Exploited by Terrorist and Violent Extremist Groups: The Role of the Justice System, the first United Nations publication on the topic. The event was attended by representatives of 48 countries.

" The world has been forced to face the reality that terrorists and violent extremist groups target children for their purposes," said John Brandolino, UNODC's Director of the Division for Treaty Affairs, speaking at the launch event.

In this regard, the Handbook aims at providing guidance to law- and policy-makers, as well as practitioners on the treatment of children. The publication focuses on the prevention of child recruitment; justice for children; and rehabilitation and reintegration.

In her remarks, Vivian N.R. Okeke, Permanent Representative of Nigeria, said: " Once in the hands of terrorist groups, girls and boys become victims of brutal violence, exploited for supporting roles, subject to indoctrination and conscription, and often used as child soldiers, spies, or suicide bombers."

Echoing that sentiment, Stephan Husy, Switzerland's Ambassador-at-Large for International Counter-Terrorism, emphasized the need for specialized technical assistance. " We are facing complex questions and States therefore require guidance on how to implement international counterterrorism obligations and commitments in a manner that is respectful of child rights."

Similarly, Ibrahim Assaf, Permanent Representative of Lebanon, said: " The justice system is not only essential for ending impunity but also instrumental in promoting preventive measures to counter violence against children."

On that point, Heidi Alberta Hulan, Permanent Representative of Canada said: " The Handbook is the product of the best the United Nations has to offer in terms of legal expertise, policy and guidance on such a relevant issue."

Currently, UNODC is providing technical assistance in this area at the global, regional, and national levels. In the coming year, the project will extend to countries in Asia, North Africa and the Middle East.

Niger, a country deeply affected by Boko Haram-led attacks and other terrorist groups, is one of the main beneficiaries of UNODC's work. In 2017, over 100 children, previously detained on the basis of terrorism related charges, have begun their rehabilitation and reintegration process. Recognizing these children as victims, the Government of Niger has signed a protocol with the United Nations system, and has undertaken new initiatives to strengthen child-sensitive justice proceedings. Providing technical assistance, UNODC has trained over 150 practitioners in the country.

The Governments of Austria, Canada, Denmark, and Switzerland provided funding for the project and the Handbook.