Earlier this month, the Lake Chad Basin Countries took an important step in their efforts to address the humanitarian and security challenges posed by Boko Haram, including addressing the large number of persons detained in Cameroon, Chad, Niger and Nigeria who are believed to be associated with Boko Haram. At a regional workshop on developing approaches for the screening and prosecution of persons associated with Boko Haram, which was organized by the United Nations Office on Drugs and Crime (UNODC) and the United Nations Security Council Counter-Terrorism Committee Executive Directorate (CTED), the countries of the region developed action recommendations for coherent approaches on screening and adopted a template form to guide their efforts.  These efforts are an essential step in arming regional officials with the knowledge and tools needed to evaluate and process the large numbers of persons currently detained, including determining those who could be prosecuted for terrorism offences.

Commenting on outcome of the workshop, a Nigerian military officer active in operations against Boko Haram noted that "it was organised at a timely moment given the lack of appropriate guidance in conducting proper screening of Boko Haram associated persons and the discrepancies in the screening processes in the Lake Chad Basin countries."

The workshop took place in N'Djamena from 17 to 19 July 2018 and was organized in close consultation with the African Union (AU), the Lake Chad Basin Commission (LCBC), and the International Organization on Migration and supports a key pillar of the AU-LCBC Regional Stabilization Strategy. During her remarks at the closing ceremony of the workshop, Ambassador Zaina Nyiramatama, a senior official from the African Union, stressed the importance of the workshop, indicating that "it prepares for the implementation of the DDR pillar of the Regional Stabilization Strategy, and teases out the challenges and opportunities of establishing coherent and common approaches for this important work."

The sub-regional workshop saw the participation of 31 senior officials from key national institutions and ministries of the Lake Chad Basin countries. Officials from the African Union, Lake Chad Basin Commission, including those from the Multinational Joint Task Force, as well as officials from OHCHR, UN Women, DPKO/DDRS, UNICEF, UNOCA, UNDP and OCHA also attended the workshop.

Mr. Abdou Hamani, a senior judge from Niger and UNODC expert, noted that the "organisation of the workshop should be lauded as its recommendations will go a long way in supporting the Regional Strategy, addressing the challenges of screening, prosecution, rehabilitation and reintegration of Boko Haram associated persons in the Lake Chad Basin countries." He went on to add that "the adoption by participants of a template form to be used for screening by the Lake Chad Basin countries will help to significantly harmonise screening practices and facilitate the use of information contained therein in the criminal procedures."

The sub-regional workshop was generously funded by the Government of Japan as part of the Project on Supporting Selected Sahel and Neighbouring Lake Chad Basin Countries to Prosecute, Rehabilitate and Reintegrate Boko Haram Associated Persons. 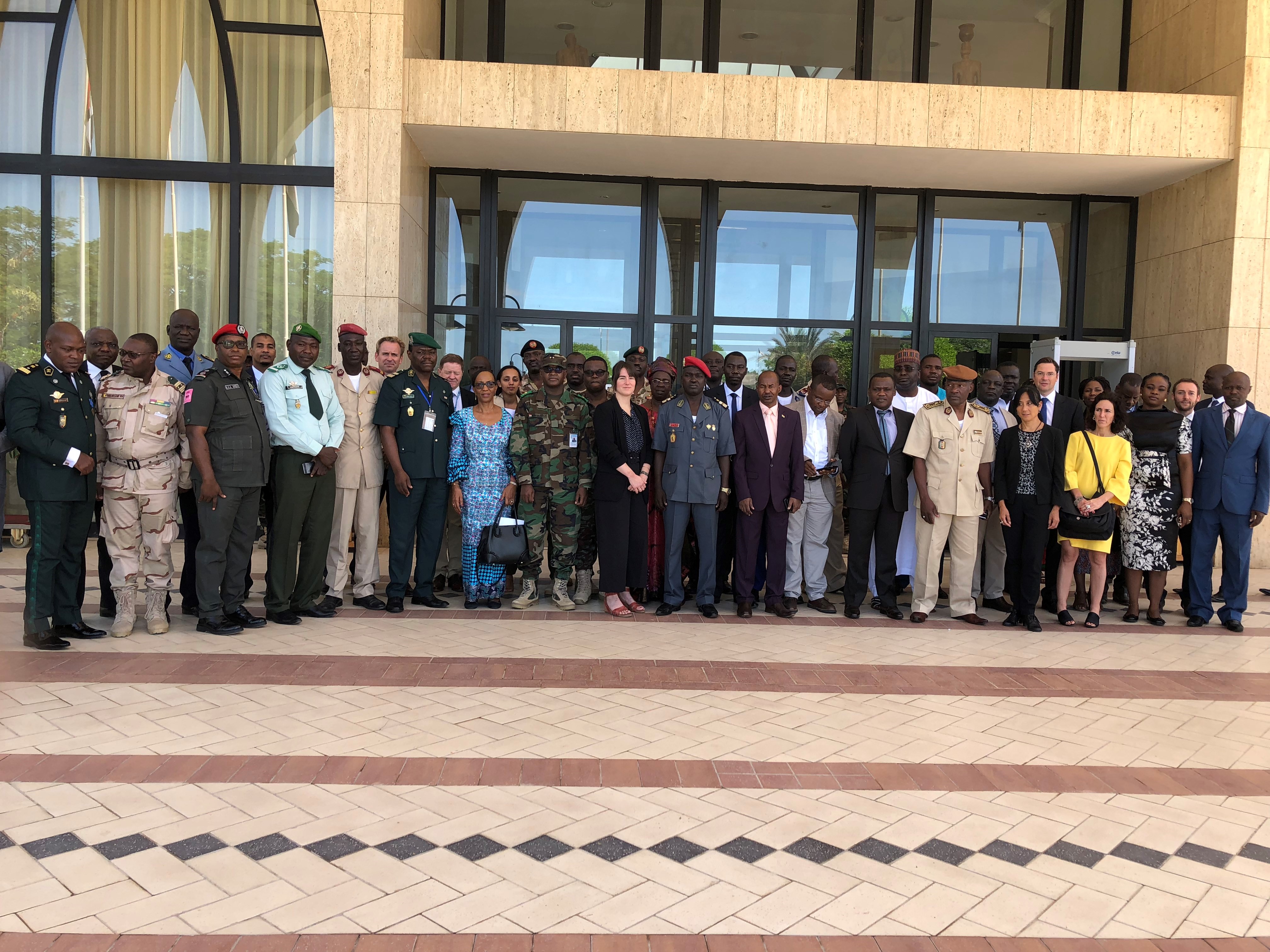