UN Security Council resolution 2396 (2017) calls for strengthening regional cooperation in preventing violent extremism (PVE), including thorough the sharing and adoption of good practices. Since 2018, UNODC has been delivering technical assistance to South Asian countries to strengthen the skills and capacity of PVE practitioners.

In that context, on 24-25 May 2021, UNODC’s Terrorism Prevention Branch launched the online platform of the Regional Network of PVE Practitioners of South Asia (SAN-PVE) (www.sanpve.org), an initiative funded by the Government of Japan.

SAN-PVE is the first PVE network in South Asia. It facilitates networking, knowledge-sharing and learning. The network connects relevant stakeholders and provides training tools, publications, access to events, as well as aims to produce a compendium of good practices and evidence-based initiatives that could inspire other practitioners, as well as other countries, to develop their own similar measures. Ultimately, SAN-PVE will contribute to increased social cohesion and youth empowerment, as well as resilience to violent extremism conducive to terrorism.

During the launch, the benefits of the regional PVE Network were widely recognized among South Asian practitioners. Mr. Pankaj Kumar Thakur, Joint Director of the Ministry of Home Affairs in India, stated that “SAN-PVE network would go a long way in strengthening the hands of institutions, society and practitioners in articulating a very comprehensive response to the problem of violent extremism.”

Furthermore, Brigadier General Zakariyya Mansoor, Director General of the National Counter Terrorism Center of the Maldives, also added that “having a well-established and functional regional network will greatly benefit us all [South Asian Member States] in the application of the whole-of-national functions in PVE … [and] would help us to learn what has worked in other countries and allow us to strengthen our national efforts.”

To learn more about SAN-PVE, please access the following links:

Testimonials of the Region 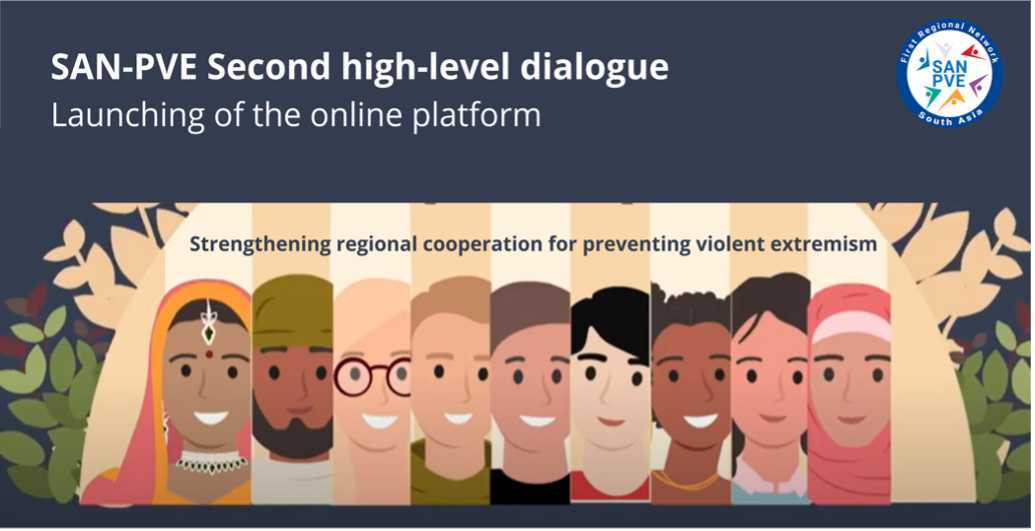