Adamawa State "Investigator of the Year" Credits UNODC for his Success 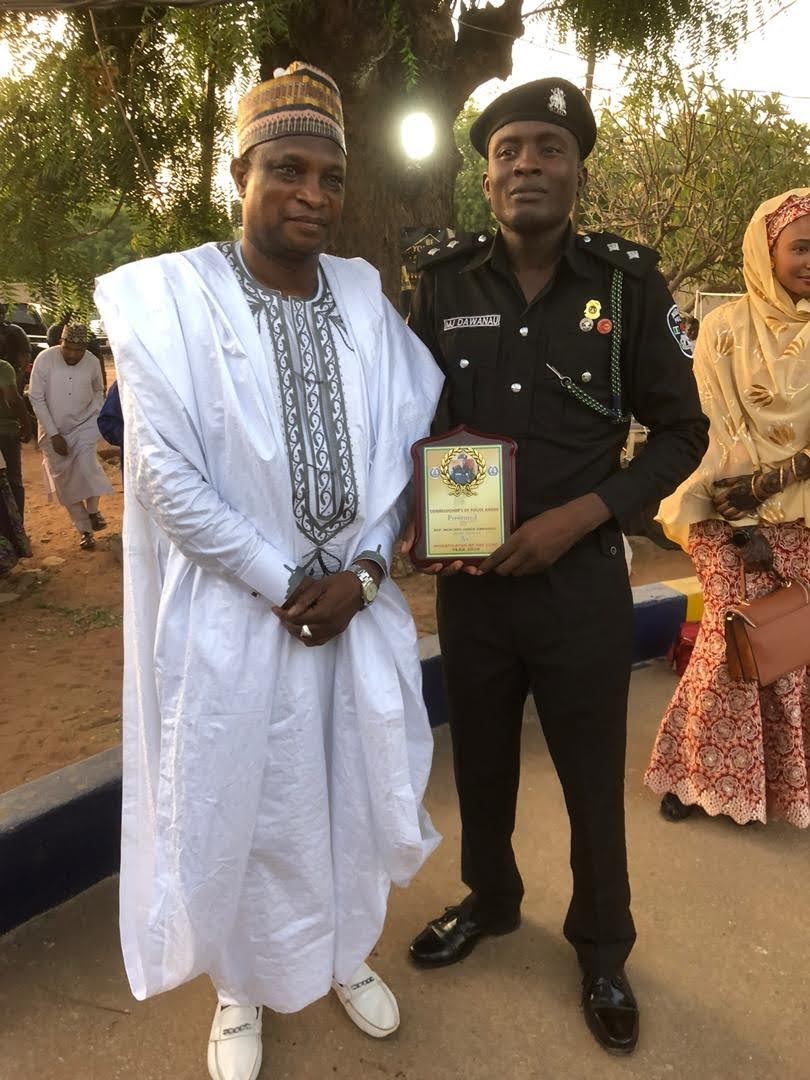 Abuja, 22 February 2021-A police officer who has received repeated training support from UNODC has been awarded the prestigious title “Investigator of the Year 2020” by Commissioner of Police, Adamawa State Police Command, CP Olugbenga Adeyanju.

ASP Muntari Jibrin Dawanau is a ten-year veteran of the Nigeria Police Force and has been in his current position as a crime scene investigator in the Yola State Criminal Investigation Department (CID) for the past three years. ASP Dawanau was recognized for the key role that he played in a major kidnapping incident, assisting in the recovery of fingerprint evidence and cellphone data that helped to solve the case. Forensic equipment, specifically a Cellebrite digital data analysis device, provided to Force CID in Abuja by UNODC also played an important part.H.E. Ambassador Didier Lenoir of the delegation

It was in his capacity as a crime scene investigator that ASP Dawanau was nominated by his Command to participate in two training courses delivered by UNODC on the Collection and Preservation of Evidence in Conflict Settings for Military and Law Enforcement delivered in Maiduguri, Borno State, in 2018 and 2019.

In a statement following his award, DSP Dawanau paid tribute to the support he has received from the international community: “I want to appreciate the Country Office of the United Nations Office on Drugs and Crime in Nigeria for their immense contribution to my service career… The knowledge I received has been put into practice in my day-to-day investigative activities, and has led to the successes achieved by Adamawa State Command, in fighting crime and criminalities... More is still expected of me which, I promise to deliver at any given time.”

ASP Dawanau has since been promoted to Deputy Superintendent of Police (DSP) in recognition of his achievement. He hopes that he will be able to continue to further develop his professional knowledge of forensic investigation techniques in the future.

For the past six years the UNODC Country Office in Nigeria (CONIG) has been engaged in a major capacity-building project, generously funded by the European Union, to support Nigerian criminal justice responses to terrorism and violent extremism, an important part of which has been the provision of a series of training courses on critical investigation skills, intelligence and criminal analysis, and forensic techniques for Nigerian police officers.

Oliver Stolpe, UNODC Country Representative in Nigeria, congratulated DSP Dawanau: “This is a tremendous individual honour for DSP Dawanau, but in a small but nevertheless significant sense it is also an important moment for UNODC and our partner, the European Union. Our programmes are designed to equip local law enforcement officials with the tools that will enable them to make a difference in their communities and so contribute to the safety and security of the general public in Nigeria. To hear that DSP Dawanau has been able to put the skills he has learned to such good use, bringing criminals to justice and earning the coveted title of Investigator of the Year is a very helpful confirmation of the value added through our efforts. I and my colleagues at UNODC Nigeria salute his success, and wish him many more successful years on the frontlines in the fight against crime.”