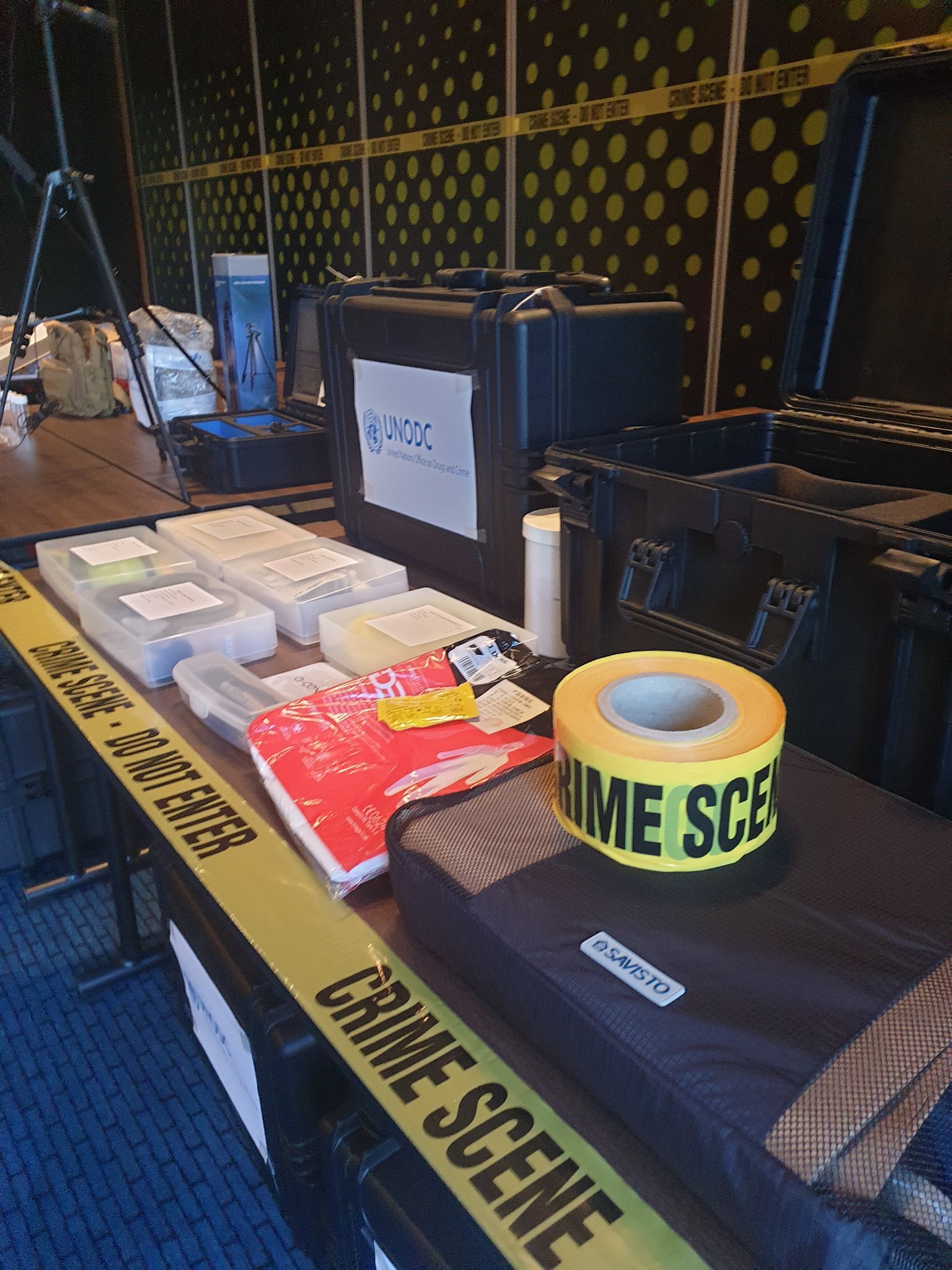 Strong investigation and prosecution efforts that respect the principle of the rule of law and human rights are essential in the fight against terrorism. Only like this can investigators and prosecutors of terrorism build a solid case based on admissible and robust evidence.

However, due to the increasing complexity of terrorism cases, successful prosecution is very challenging. Overall, it requires specialized skills and specific equipment during the investigative phase related to gathering evidence.

For this purpose, the United Nations Office on Drugs and Crime (UNODC) and the Government of Germany delivered a second batch of specialized investigative equipment to the Mozambican National Service of Criminal Investigation (SERNIC) this past week. The equipment will help Mozambican investigators collect, document, preserve and secure evidence in terrorism-related cases effectively.

Since 2019, UNODC has been working closely with the government of Mozambique in the framework of the "Maputo Roadmap of UNODC Engagement in Mozambique". The Maputo Roadmap is a comprehensive strategy agreed between UNODC and the Government of Mozambique to support the country in several areas related to crime prevention and criminal justice, such as preventing and countering terrorism and violent extremism.

Further, as part of its commitment to supporting Mozambican national authorities responsible for investigating terrorism-related cases, UNODC has partnered with SERNIC to deliver in-depth training to investigators working in the areas most affected by violence.

At the hand-over event of the specialized investigative equipment, Mr Marco Teixeira, UNODC representative in Mozambique, reiterated UNODC's commitment to supporting Mozambique's and other African countries’ efforts in the fight against terrorism as a priority. He further noted that this equipment would support SERNIC officials in practising the skills and knowledge learned during the last two years of implemented training sessions.

H.E. the Ambassador Lothar Freischlader of the Federal Republic of Germany in Mozambique stated that “The German government is committed to continue to work together with the government of the Republic of Mozambique and UNODC, in order to counter terrorism and violent extremism and thereby promote stability and security in the country and strengthen the resilience of the Mozambican communities.”.

Dr Dominigos Jofane, Director of the National Service of Criminal Investigation (SERNIC), emphasized the importance of receiving this equipment and stated that "this additional special investigative equipment will be an asset for the country in the fight against organized crime, terrorism and violent extremism".

The specialized investigation equipment was provided with the generous support of the Government of Germany in the framework of the project “Assisting Mozambique to strengthen rule of law-based criminal justice responses to terrorism and violent extremism”.