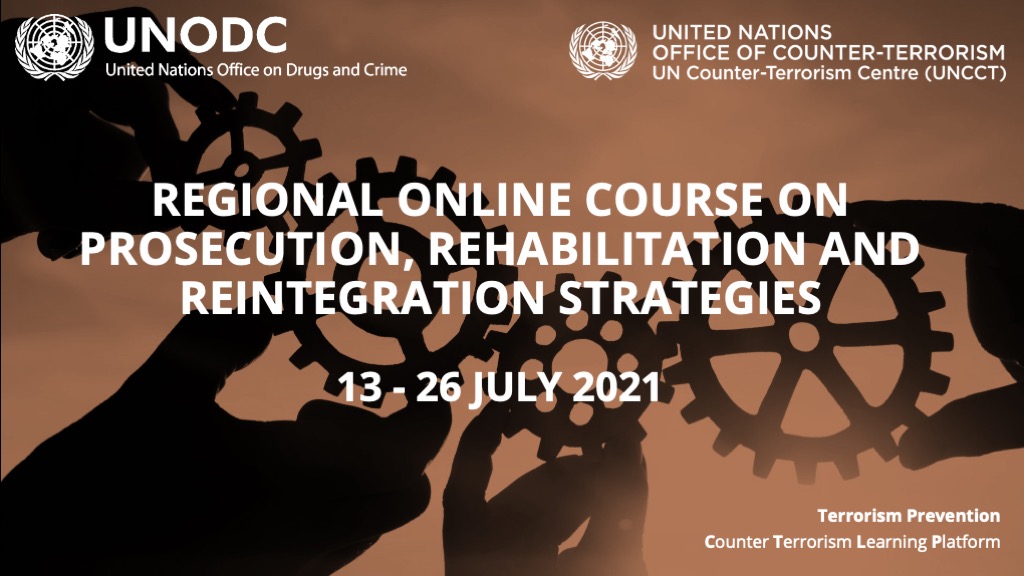 The threat of terrorism remains a significant security challenge to the East and Horn of Africa. Al-Shabaab, a Somalia-based armed group and affiliates of the Islamic State and Al-Qaida, continue to carry out indiscriminate and targeted attacks on civilians in Somalia and neighbouring countries. These attacks exacerbate instability, violence, and humanitarian crises across the region.

At the same time, countries in the region face the complex challenge of effectively responding to the return of many of the armed group’s foreign fighters (FTFs), including their families. These are men and women, boys and girls, who have been captured or arrested or who have left the terrorist groups on their own motion. These persons require support to reintegrate into their communities without forgetting the need for accountability and justice.

To support Ethiopia, Kenya, and Uganda address this challenge, UNODC’s Terrorism Prevention Branch, in partnership with the Office of Counter-Terrorism (UNOCT) and its Counter-Terrorism Centre (UNCCT), launched the first of its kind UN course entitled “Regional Online Course on Prosecution, Rehabilitation and Reintegration (PRR) Strategies“ from 12 – 26 July 2021.

Present were Ethiopian, Kenyan and Ugandan officials from national counter-terrorism, criminal justice and human rights institutions; actors from non-governmental and civil society organizations active in the fields of rehabilitation, reintegration, human rights and women’s rights and equality; as well as experts from African Union institutions, the Intergovernmental Authority on Development (IGAD) and the Eastern Africa Police Chiefs Cooperation Organization (EAPCCO).

The diverse set of participants responds to the pressing need to adopt “whole-of-government” and “whole-of society” approaches to effectively rehabilitate and reintegrate returning Al-Shabaab FTFs and their family members, as well as other men and women, girls and boys, who have left the terrorist groups. This not only prevents future acts of violence but mitigates further radicalization and builds overall community-level resilience to violent extremism.

Further, for PRR strategies by Member States and civil society actors to be effective, they must be specific to the challenges that the countries in the region face and tailored to the distinct profiles of the concerned individuals associated with terrorist groups.  As many of them are victims of abduction, coercion and exploitation, including children and women, it is essential to mainstream a gender perspective and promote children's and women's rights as part of these comprehensive strategies.

Four interactive webinars were delivered over the course period and held on UNODC’s Counter-Terrorism Learning Platform (CTLP). The platform is extensively utilized for awareness-raising, capacity-building and networking, offering a wide range of highly flexible features and tools. Participants were provided with updated knowledge and were able to exchange information and best practices with the experts from the UN and IGAD institutions, think tanks, and amongst each other to strengthen future cooperation.

The course was funded through a contribution by the Kingdom of Saudi Arabia to the UN Counter-Terrorism Centre.