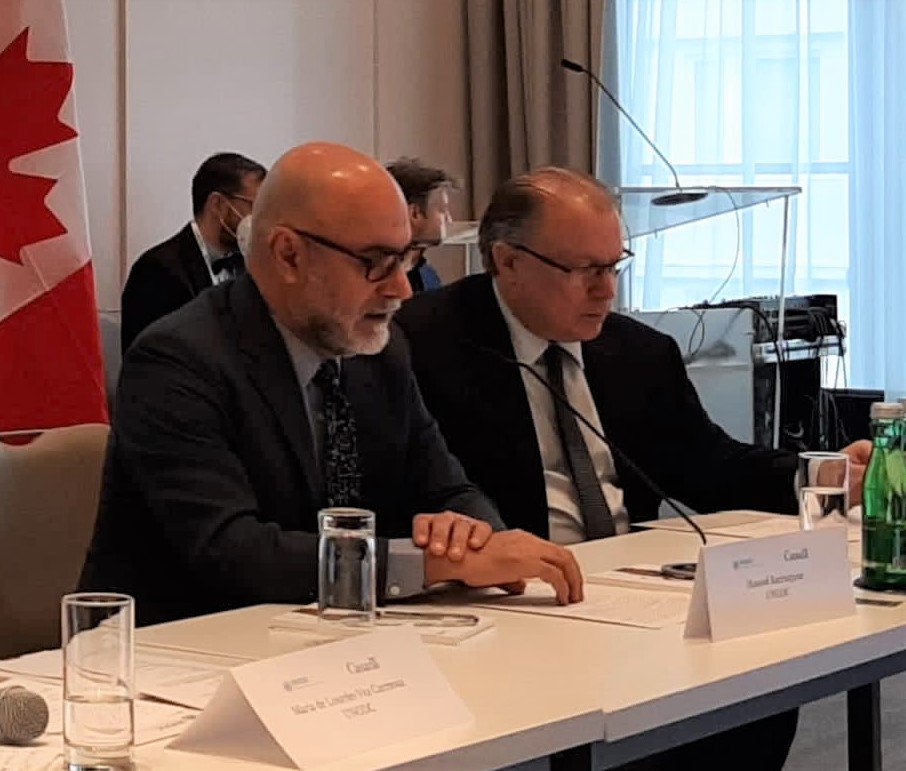 UNODC, with the financial and in-kind support of the Government of Canada, held a pilot criminal investigation and mock trial training exercise on the International Convention for the Suppression of Acts of Nuclear Terrorism (ICSANT) on 29 November - 1 December 2022.

In addition to promoting the universalization and effective legislative implementation of key nuclear security instruments, UNODC works to ensure criminal justice officials have the training needed to properly investigate, prosecute and adjudicate terrorism and other criminal offences involving nuclear or radioactive material.

The event, opened by HE Mr Troy Lulashnyk, Ambassador and Permanent Representative of Canada to the International Organizations in Vienna and Mr. Masood Karimipour, Chief of UNODC’s Terrorism Prevention Branch offered a platform to familiarize participants with the benefits of adherence to ICSANT, as well as key provisions related to criminalization of certain offences and extradition.

Experts from international organizations including the International Atomic Energy Agency (IAEA), INTERPOL and the United Nations Interregional Crime and Justice Research Institute (UNICRI), as well as national experts from Canada, Netherlands and Romania, presented on areas related to nuclear and radioactive material and devices including illicit trafficking, management of recovered materials, chain of custody, forensics and investigations. These experts also helped to guide participants through the mock trial investigation and scenario which led to a mock judicial ruling.

The event took place under UNODC's three-year project, funded by the Government of Canada, to promote the universalization and effective implementation of ICSANT, the Convention on the Physical Protection of Nuclear Material (CPPNM) and its 2005 Amendment. 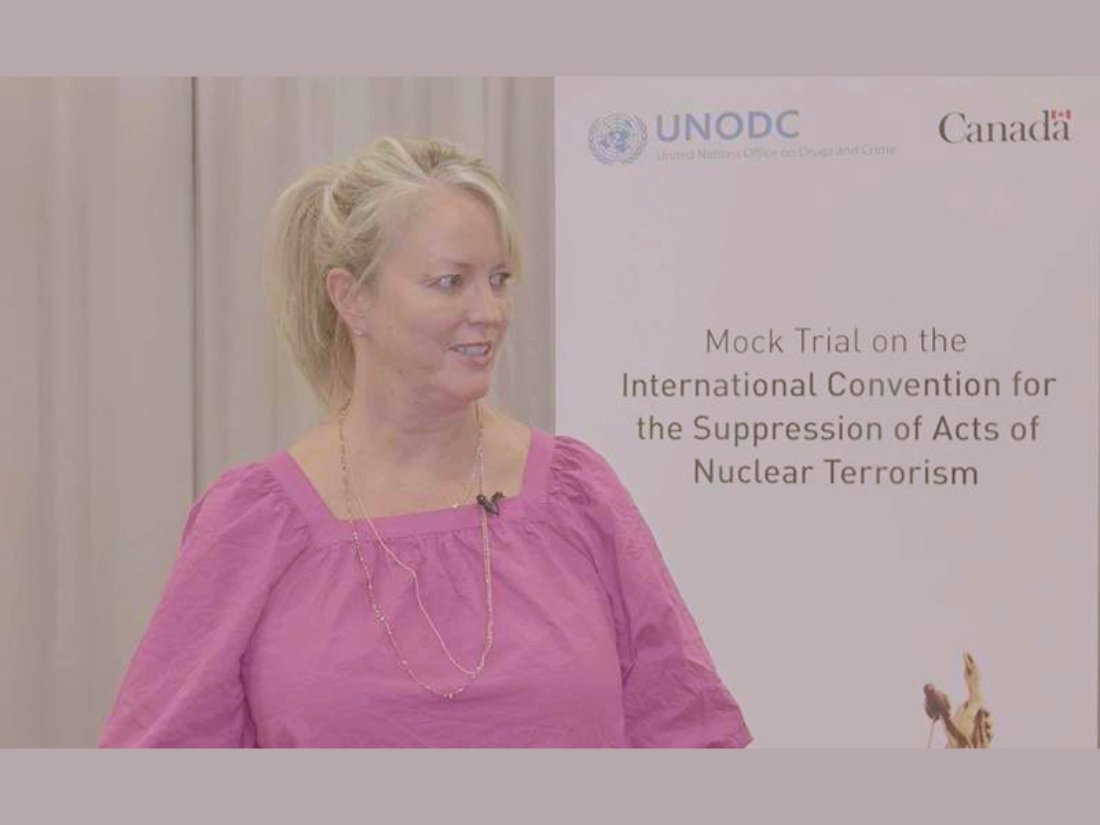