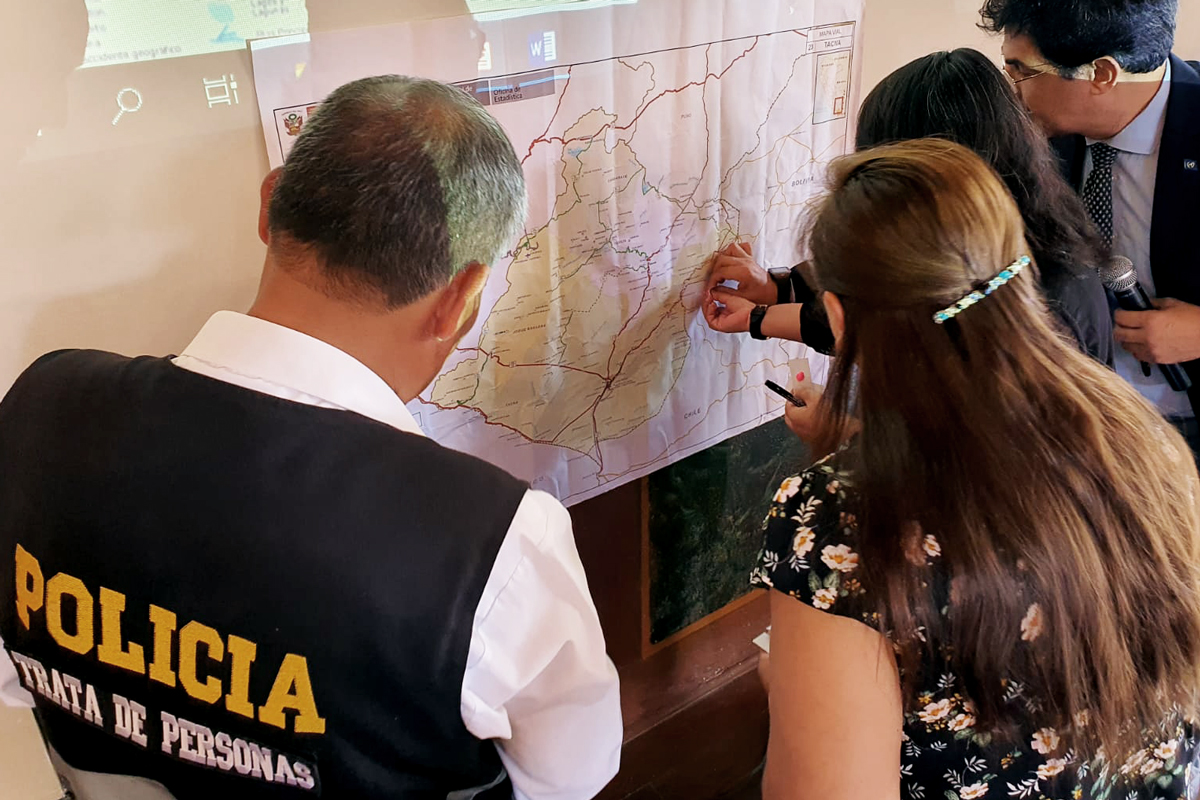 10 June 2020 - Since 2014, over five million Venezuelans have fled their country to escape political, economic and social unrest – and the numbers are continuing to rise.

These men, women and children arrive in countries throughout the region, scared, tired and in urgent need of assistance. Some walk for up to twenty days to reach their destinations.

While many are offered support and shelter, others are exploited. “Migrants are at high risk of being targeted by traffickers in the countries they transit and in the places where they settle,” says Carlos Perez, a Programme Officer for Latin America at the UN’s Office on Drugs and Crime (UNODC).

“We know from our partner organizations and UNODC Field Offices that migrants are being trafficked for forced labour, mainly in agriculture, and sexual exploitation. Some, especially young women, even disappear en route.”

Although some agencies provide victims of trafficking with humanitarian aid, more needs to be done to investigate and prosecute the perpetrators and compensate the victims, says Mr Perez.

In response, UNODC with the support of the Office to Monitor and Combat Trafficking in Persons at the U.S. Department of State, has started  a three-year initiative that will strengthen criminal proceedings and the delivery of justice in cases of trafficking involving Venezuelan migrants.

The project, known as TRACK4TIP, is being implemented in eight countries in South America and the Caribbean: Ecuador, Peru, Brazil, Colombia, the Dominican Republic, Trinidad and Tobago, Curaçao and Aruba.

“The overall objective is to support the relevant authorities in these countries to identify victims and respond to human trafficking cases. We are working with police officers, prosecutors and judges,” says Carlos Perez.

With the assistance of the organizations that provide shelter and counseling, the UNODC criminal justice experts will guide the victims of trafficking through the legal process.

They will facilitate cooperation between police officers and prosecutors and support them to build strong cases that adhere to international standards.

"Our key role will be to bring all parties involved in a trafficking case together to ensure the best possible outcome for the victim," says Mr Perez.

Colombia is currently the country that hosts the largest number of Venezuelan migrants.

“There are nearly two million and over half of them don’t have the necessary documents to enable them to remain legally in the country,” says Gilberto Zuleta Ibarra, UNODC’s National Project Coordinator in Colombia.

“They’re in a vulnerable situation and may accept fraudulent job offers from traffickers who then exploit them for forced labour.”

In neighbouring Brazil, the desperation many migrants face is putting them at risk of exploitation.

“In most cases of trafficking, we don’t see the use of deception as an enticement strategy but the abuse of vulnerability,”  says Graziella do Ó Rocha from the Brazilian Association for the Defence of Women, Children and Youth (ASBRAD).

“On one hand, migrants lack basic needs. Their dignity has been violated, they are hungry. Therefore, they accept any proposal for work. On the other hand, corrupt people and businesses lack empathy and see human misery as an opportunity for easy profit,” she adds.

A further aim of the project is to improve the coordination between authorities who deal with trafficking cases in the transit and destination countries for Venezuelan migrants.

REDTRAM, a network of specialized human trafficking prosecutors that promotes cooperation between relevant institutes in the region, welcomes the introduction of the project.

“The alliance with UNODC, through TRACK4TIP, is fundamental to achieving our objectives and will allow us to make advances in the pursuit of criminals and the protection of victims,” says Alejandra Mangano, from REDTRAM.