UNODC head calls for elevated support to developing countries on global drug challenges, closing data gaps to leave no one behind 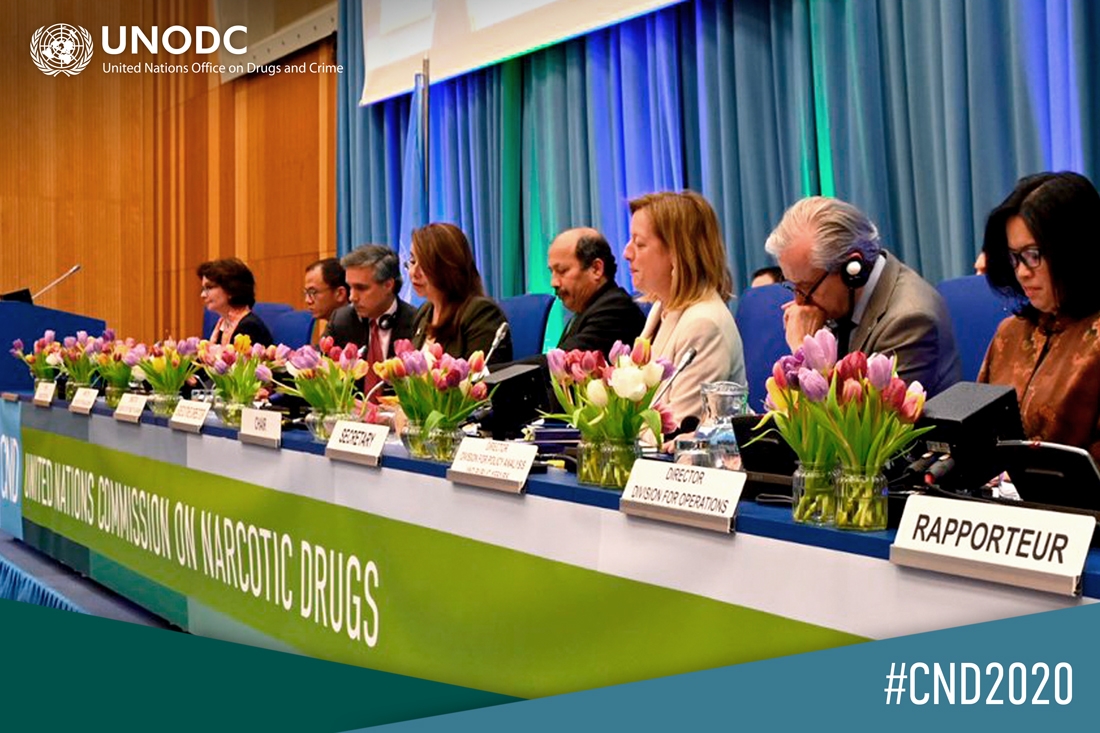 Vienna, 6 March 2020 - The 63rd session of the Commission on Narcotic Drugs (CND) concluded today in Vienna with Ghada Waly, Executive Director of the United Nations Office on Drugs and Crime (UNODC) urging countries to scale up support for balanced responses to the world drug problem.

"In the 75th year of the United Nations and at the start of the Decade of Action for the Sustainable Development Goals, we need to do all we can to elevate our support, most of all to developing countries, to address global drug challenges, and truly commit to leaving no one behind," she said at the closing session.

Ms. Waly also welcomed the adoption of the revised Annual Report Questionnaire, developed by UNODC through inclusive consultations, to improve the global evidence base on drugs and inform UNODC's flagship World Drug Report.

The 63rd session, chaired by Ambassador Mansoor Ahmad Khan of Pakistan, adopted five resolutions on topics including partnerships with the private sector; improving the collection and analysis of data to strengthen evidence-based responses to the world drug problem; involving youth in drug prevention efforts; ensuring the access to and availability of internationally controlled substances for medical and scientific purposes, as well as promoting alternative development approaches to illegal crop cultivation.

Nearly 1,500 participants from more than 130 countries, 17 inter-governmental organizations, more than 370 civil society representatives and members of the scientific community took part in the session, and some 100 side events were held.

The Commission on Narcotic Drugs serves as the central policymaking body within the United Nations system on drugs. Along with the Commission on Crime Prevention and Criminal Justice, it is one of the governing bodies of UNODC. Its resolutions and decisions provide guidance to Member States, UNODC and the broader global community.