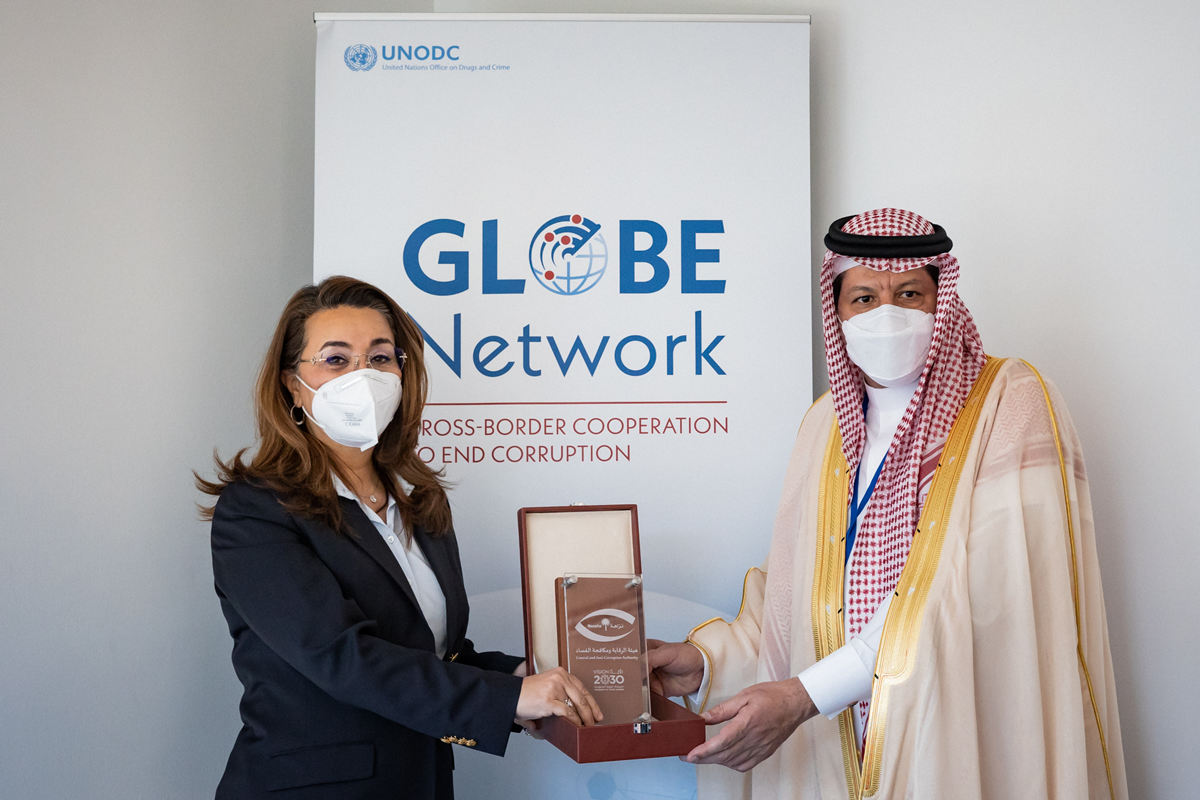 “The Network will enable law enforcement authorities to navigate legal processes through informal cooperation across borders, helping to build trust and bring those guilty of corruption to justice,” said UN Secretary General Antonio Guterres in a special video message. “We expect the Globe Network to empower all countries with practical solutions and tools to track, investigate and prosecute corruption, complementing existing frameworks.”

The GlobE Network was officially launched today at an in-person event at the Vienna International Centre, along with an online option. More than 340 representatives of Member States, anti-corruption authorities and law enforcement networks participated. They discussed the importance of timely cross-border cooperation to end corruption and the unique role of the GlobE Network.

“Conceived during the G20’s first-ever ministerial meeting on anti-corruption in 2020, this network will put into action an important provision of the Convention: the improvement of direct cooperation between law enforcement authorities,” said Ms. Ghada Waly, Executive Director of the UN Office of Drugs and Crime (UNODC).

“Many countries are still not able to access anti-corruption networks whether due to decentralized processes or lack of capacity and resources,“ said H.E. Mr. Mazin Ibrahim M Al Kahmous, President, Oversight and Anti-Corruption Authority, Nazaha, Kingdom of Saudi Arabia. “The G20 ‘Riyadh Initiative’ to create the GlobE Network, is meant to address this gap.”

Initial funding for the GlobE Network was provided by the Government of Saudi Arabia during their G20 Presidency and as the chair of the Anti-Corruption Working Group of the G20. The GlobE Network will be headquartered in Vienna under the auspices of the UNODC.

A recording of today’s launch will be made available on the GlobE Network website at https://globenetwork.unodc.org

About the GlobE Network

The Global Operational Network of Anti-Corruption Law Enforcement Authorities (GlobE Network) is a platform for secure peer-to-peer information exchange and informal cooperation to better track and prosecute cross-border corruption offences and recover stolen assets. Founded in 2021, the GlobE Network is open to anti-corruption law enforcement authorities in all UN Member States and States parties to the UN Convention against Corruption.