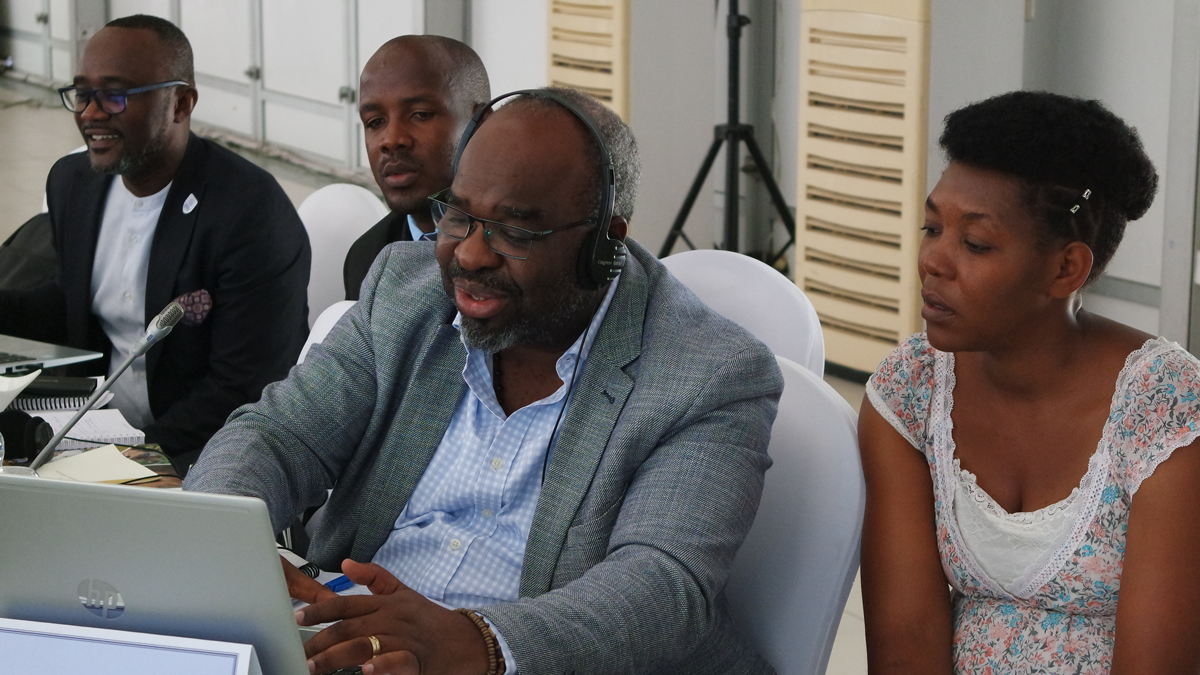 Dar es Salaam (Tanzania), 2 November 2022 – Forests are a vital component of the earth’s ecosystem, providing humans, animals and plants with clean drinking water, preventing natural disasters, and helping to slow climate change. Roughly one-third of humanity directly depends on forests and forest products, yet in the past 30 years forest destruction has been devastating*. Since 1990, some 10 per cent of the world’s total have been lost to deforestation – an amount equivalent to losing 37 football pitches of forest every minute for 30 consecutive years*.

One common enabler of this loss is corruption. Large economic incentives, the remoteness of forests, and a lack of traceability for exploitative actions such as deforestation offer prime opportunities for corrupt practices to flourish. The continent that suffers the highest annual rate of deforestation is Africa, which loses 3.9 million hectares per year.

Within this context, the United Nations Office on Drugs and Crime (UNODC) has been identifying solutions to address corruption in the forestry sector. Last month, UNODC and the East African Community brought together government anti-corruption and environmental experts from 11 countries in sub-Saharan Africa. Participants in the meeting shared regional trends and commonalities of practical interest in order to better identify and therefore deal with the issues undermining transparency, accountability, and good governance in the forestry sector.

Nyabenyi Tipo, Tanzania representative for the UN Food and Agriculture Organization, addressed the meeting on behalf of the UN Resident Coordinator. She noted that East Africa is a region home to a diverse range of biologically rich forests “critical for the livelihoods of at least 70 per cent of people in the region, either directly or indirectly. Despite their social, economic and environmental importance, forests in East Africa are facing numerous challenges that threaten and undermine their potential contribution towards the sustainable development agenda. While climate change threatens to change the types and condition of forests, unsustainable exploitation degrades and fragments forest,” Tipo added.

The three-day gathering helped drive forward harmonization of processes and information sharing between the attending countries, in line with UNODC’s Strategic Vision for Africa 2030 which recognizes the use of strong partnerships to protect Africa’s resources and livelihoods.

Discussions looked at governance frameworks, the key drivers of forest loss and degradation and how they are shaped by corruption, and ways to strengthen coordination and cooperation in the region. The meeting culminated with a draft declaration, which when approved by national ministries and anti-corruption agencies will form the basis for a high-level gathering later this year.

The declaration proposes adopting stronger anti-corruption measures within national and regional forestry policies. This proactive suggestion recognizes the links between corruption and the environment. It is indicative of the increasing volition of States to stop forest loss and address related corruption, as shown in recent commitments and resolutions at fora such as the United Nations Climate Change Conference (COP) and the Conference of State Parties to the UN Convention against Corruption.

Looking towards this month’s COP27, the gathering in Dar es Salaam helped to create continuity and hammer home the importance of thinking about anti-corruption measures when designing climate policies. Participating nations in COP27 include many of those who attended the meeting, which was “a fundamental first step in framing the future work to slow down forest loss by putting in place measures to prevent corruption”, according to Maria Adomeit, a UNODC Crime Prevention and Criminal Justice Officer.

For more information on UNODC’s action against corruption and economic crime, click here.

For more information on UNODC’s action on crimes that affect the environment, click here.