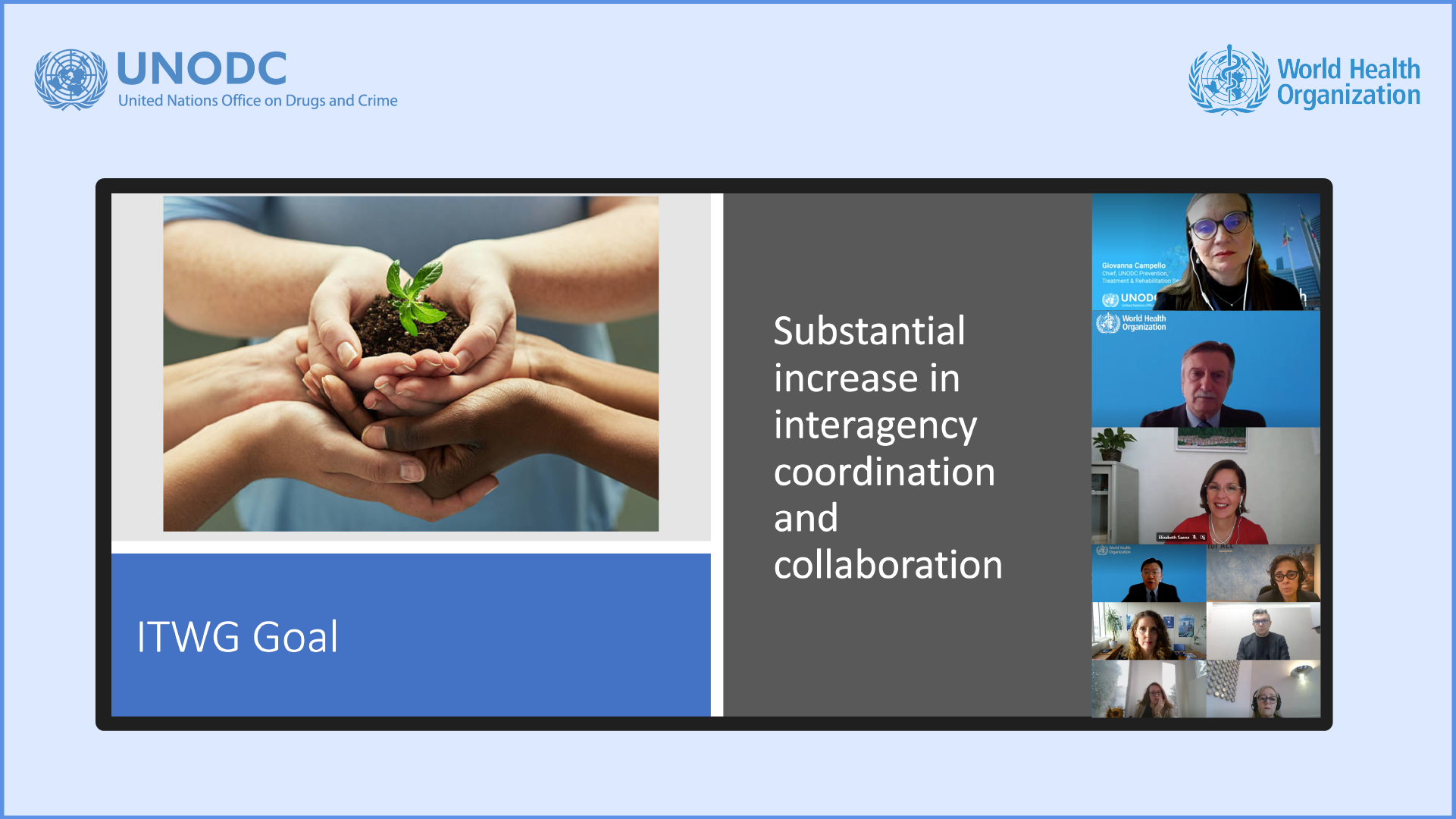 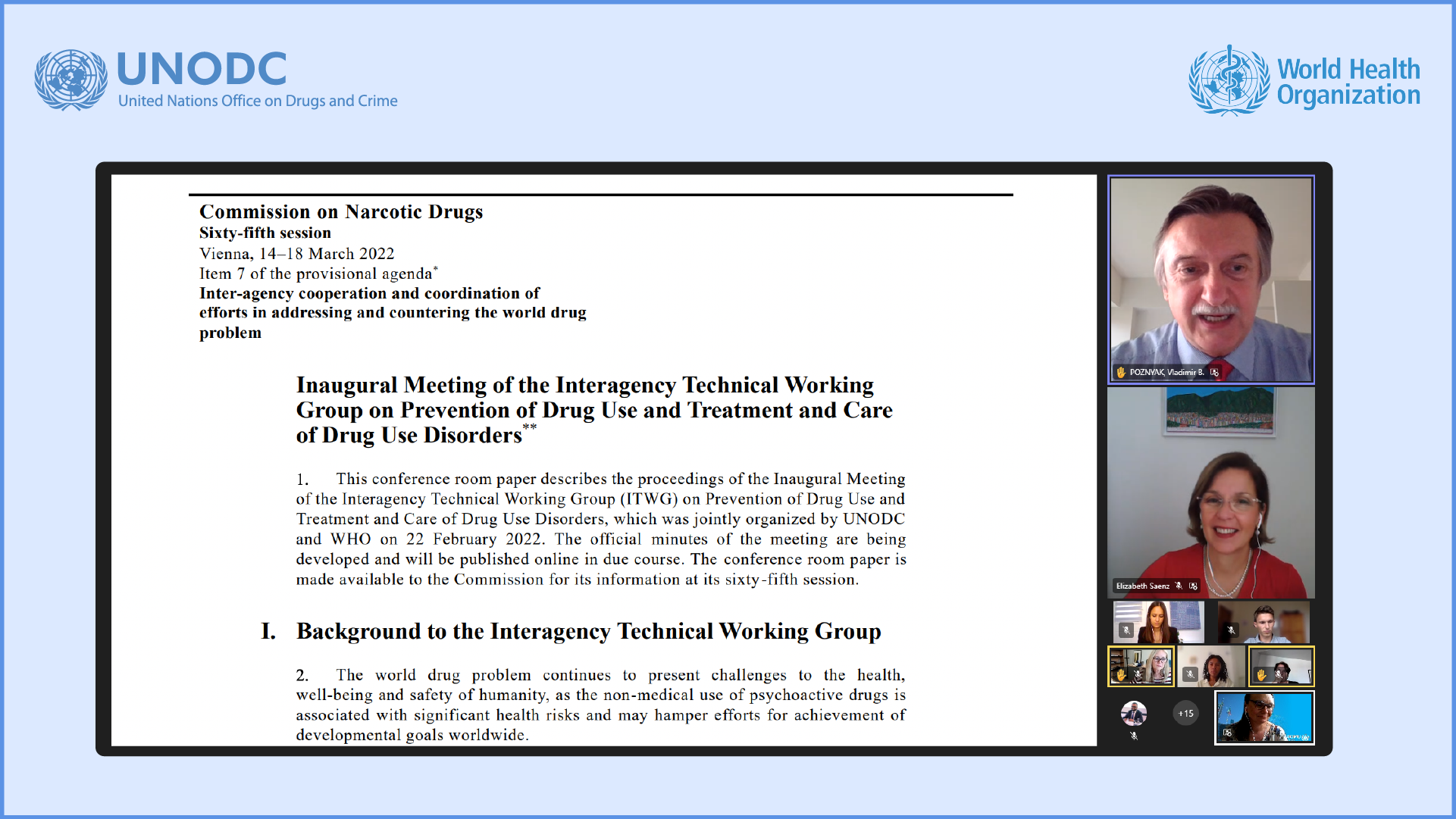 UNODC and WHO have launched the Interagency Technical Working Group (ITWG) on Prevention of Drug Use and Treatment and Care of Drug Use Disorders to accelerate the achievement of the commitments set by the international community in the 2030 Sustainable Development Agenda and in the 2016 United Nations General Assembly Special Session (UNGASS)  on the world drug problem Outcome Document.

While strengthening the prevention of substance use and treatment of substance use disorders is one of the 13 health targets to achieve the Goal 3 of the 2030 Agenda for Sustainable Development, only 1 in 8 people with drug use disorders have access to treatment and care services according to the UNODC World Drug Report 2021. In the meantime, the COVID-19 pandemic has vastly exacerbated mental health vulnerabilities, as well as risks to the health of people who use drugs and people with drug use disorders.

At the inaugural meeting of the ITWG in February 2022, Dr. Ren Minghui, Assistant Director-General, Universal Health Coverage/ Communicable and Non-Communicable Disease at WHO, said in his opening remarks: “Joint actions of all relevant parties and stakeholders are needed more than ever to facilitate the progress towards the attainment of SDG health target 3.5 on strengthening the prevention and treatment of substance abuse. We need to strengthen cooperation between the United Nations entities and other intergovernmental organizations through an integrated, multidisciplinary, evidence-based and comprehensive approach”.

The first meeting of the ITWG brought together 17 intergovernmental organizations with mandates, experience and expertise in addressing different dimensions of drug prevention, treatment and care. Global advocacy, increased investment, fighting stigma and discrimination, coordinating action at all levels and providing and disseminating normative guidance were all specific objectives that emerged from the discussion.

In the words of Ms. Candice Welsch, Officer-in-Charge of the UNODC Division of Operations, “We have also seen the difference that a successful collaboration like the one between UNODC and WHO on drug treatment has made in the international arena … We would like to do more.”

The launch of the ITWG  was presented to the sixty-fifth session of the Commission on Narcotic Drugs (both in plenary and through a Conference Room Paper), as well as mentioned in the Report by the Director-General to the 75th World Health Assembly on Public health dimension of the world drug problem.

As at the inaugural meeting the ITWG decided to meet quarterly, the Group has already reconvened for the second time to discuss best practices in effective interagency and intersectional cooperation, as well as to identify synergic initiatives and jointly promote the healthy and safe development of children and youth, as well as the health and wellbeing of people who use drugs and people with drug use disorders.