CRIMJUST and RFAI facilitate side-event on "Controlled Deliveries: Trans-regional Criminal Justice Cooperation in Action" during the Conference of the Parties 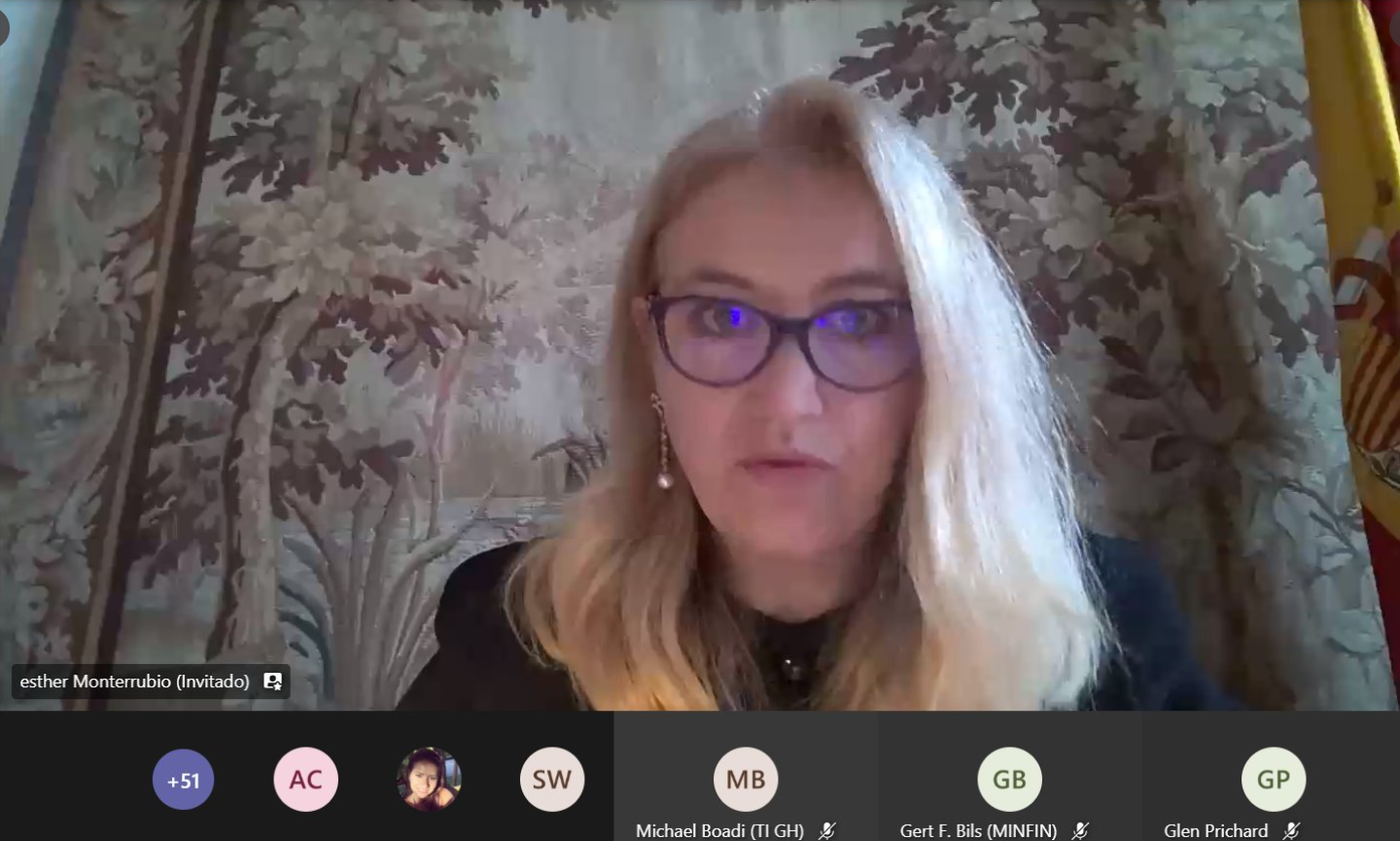 12 October 2020 - During the tenth session of the Conference of the Parties, the CRIMJUST Global Programme and the Ibero-American Network of Anti-Drug Prosecutors (RFAI) hosted a side-event to promote the use of controlled deliveries as a tool of criminal justice cooperation commemorating the twentieth anniversary of the United Nations Convention against Transnational Organized Crime. Panelists shared their experience with 91 attendees. They stressed that the success of controlled deliveries required both a strengthening of technical capacities of the law enforcement officials and prosecutors involved as well as the development of secure and effective channels of communication between criminal justice institutions.

Her Excellency, Esther Monterrubio Villar, Ambassador Extraordinary and Plenipotentiary of the Kingdom of Spain to the United Nations (Vienna), Mr. Oliver Landwehr, Counsellor at the Delegation of the European Union to the UN, and Ms. Elena Abbati, Representative of the UNODC in Brazil, inaugurated this side-event. While Ambassador Monterrubio discussed the merits of the RFAI-CRIMJUST partnership, Mr. Landwehr reiterated the EU’s commitment to the implementation of multilateral responses to stymie the illicit flow of drugs through enhanced inter-regional criminal justice cooperation along trafficking routes. Meanwhile, Ms. Abbati described efforts by CRIMJUST in developing cooperative and joint criminal justice actions to pre-empt, react and respond effectively and comprehensively to transnational organized crime in line with international legislation.

Ms. Chloe Carpentier was the first of the panellists to speak summarizing some of the key findings of the 2020 World Drug Report on the use of controlled deliveries. Ms. Carpentier affirmed that, between 2010 and 2018, 36 per cent of all countries receiving the annual report questionnaire had reported participating, per year, in controlled deliveries of drug shipments. Her talk was followed by three presentations from members of the RFAI, namely Mr. Ignacio de Lucas Martin and Mr. Matias G. Alvarez, Coordinator and Co-Coordinator of the network respectively, and Ms. Macarena Arroyo, Delegated Prosecutor of the Anti-Drug Prosecutor's Office of Algeciras in Spain.  Mr. de Lucas first presented the RFAI network as a catalyst to facilitate cross-border controlled deliveries along with an overview of the technical assistance delivered by the RFAI-CRIMJUST partnership. His colleagues, Mr. Alvarez and Ms. Arroyo, then drew upon case studies to point out the specificities and challenges and benefits of conducting cross-border controlled deliveries, along with lessons learned and best practices.

The ensuing Q&A was moderated by Mr. Glen Prichard, Head of the CRIMJUST Global Programme, who reiterated the critical role played by controlled deliveries in optimizing criminal justice outcomes. Discussions addressed opportunities to facilitate criminal justice cooperation between West Africa and Latin America, as well as the importance of complementing drug trafficking investigations with actions to target money laundering and strengthening institutional ethics and integrity in order to build trust.

UNODC officials, Diego Quintero and Sofia Cordero, inaugurated the webinar outlining its intended outcomes as well as offering a short overview of the scope and objectives of the Global Programme CRIMJUST, launched and implemented as an integral component of the EU-funded Global Illicit Flows Programme. Mr. Quintero outlined the program’s role in strengthening inter-regional channels of communication between criminal justice institutions in Latin America, West Africa and the European Union and in facilitating post-seizure cross-border investigations. His remarks were followed by Matias G. Alvarez, co-director of RFAI, who recalled the network’s efforts to equip prosecutors with the knowledge and capacities to respond effectively to current challenges posed by emerging drug trafficking trends. His intervention was complemented by his colleague, Ignacio Miguel de Lucas, who described the role and functions of the network and encouraged participants to use the RFAI resources and contacts to facilitate transnational investigations.

This CRIMJUST activity was funded by the European Union under the framework of the "Global Illicit Flows Programme" [GIFP]). It seeks to enhance law enforcement and judicial counter-narcotic strategies beyond interdiction activities and to foster transnational responses targeting each stage of the drug supply chain.