CRIMJUST holds a meeting to support the implementation of a Joint Investigation Team in Buenos Aires, Argentina 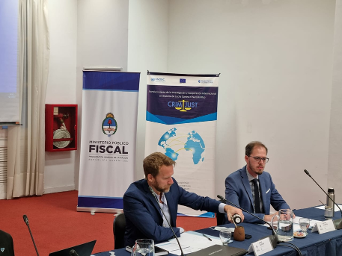 Diego Iglesias, head of Argentina's National Drug Crime Prosecutor's Office (PROCUNAR), stressed that the joint investigation team set up between Argentina and Uruguay constitutes a framework of cooperation and coordination that has been stable over time and on which very fruitful investigations are being carried out in both countries.

This joint investigation team was based on the Framework Cooperation Agreement between the MERCOSUR States Parties and Associated States for the Creation of Joint Investigation Teams, which has been in force since 22 May 2020 and will continue to work with the support of the Network of Anti-Narcotics Prosecutors RFAI of the Ibero-American Association of Public Prosecutors AIAMP and the CRIMJUST Programme.

CRIMJUST has been supporting this goal by building synergies with other projects funded within the framework of the EU’s Global Illicit Flows Programme and fostering regional and interregional cooperation between criminal justice institutions by promoting good practices, information exchange, networking and South-South cooperation in coordination with the Network of Anti-Narcotics Prosecutors RFAI.

On behalf of the Public Prosecutor's Office, the head of the Drug Crime Prosecutor's Office (PROCUNAR), Diego Iglesias, together with the assistant prosecutors Martín Uriona and Matías Alvarez; the federal prosecutor of Concepción del Uruguay, Josefina Minatta; the general director of Regional and International Cooperation, Diego Solernó; and the coordinator of Extradition of that area, Lucila Benincasa Varnier, took part in the meeting. The meeting was also attended by the Deputy Anti-Drug Director of the National Gendarmerie, José María Valdez, and the Head of the Drug Trafficking Department of the Customs General Directorate, Leandro Arizmendi, together with officials from both institutions. 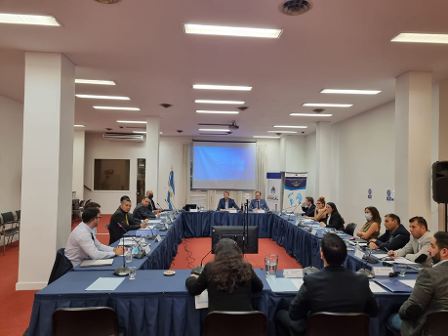 The contact points of the Network of Anti-Drug Prosecutors of Ibero-America (RFAI), Elva Cáceres, from Paraguay, Cecilia Ronco, from Uruguay and Moises Palma from Bolivia were also present. The delegations also included officials from Paraguay's National Anti-Drug Secretariat (SENAD), the National Police of Uruguay, the Uruguayan Air Force and the Bolivian Especial Force Against Drug Trafficking (FELCN).

The creation of joint investigation team becomes relevant in places where borders are shared, because they provide authorities of the participating countries with benefits such as the establishment of faster communication mechanisms and special procedures for the validity of evidence in specific cases.

All participants stressed that border areas are particularly sensitive when it comes to transnational crime and trafficking. Their efficient management is essential to prevent and fight crime.

This CRIMJUST activity was funded by the European Union under the framework of the "Global Illicit Flows Programme" [GIFP]). It seeks to enhance law enforcement and judicial counter-narcotic strategies beyond interdiction activities and to foster transnational responses targeting each stage of the drug supply chain.