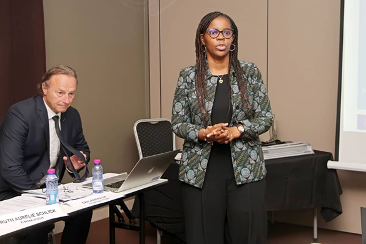 31 May 2022 - West Africa has experienced a resurgence of drug trafficking in recent years casting new light on its role along illicit global supply chains. Record breaking cocaine seizures in particular, such as the 1.7 tons of cocaine in the Gulf of Guinea in May 2022, the two tons seized in Abidjan in April 2022,  the two and half tons seized in Cotonou in October 2021 or the six tons seized in the Gulf of Guinea in March 2021 to name a few, have pointed to organized crime groups’ efforts to exploit the region’s structural vulnerabilities, as it benefits from increased maritime interconnectedness, improved transportation infrastructure and greater access to technology, to mass produce and traffic drugs transnationally.

The cost of organized crime on populations and societies should not be underestimated. In fact, according to the 2019 UNODC Global Study on Homicides, since the start of the 21st century, organized crime has caused the same number of killings than all armed conflicts worldwide combined. In addition to fueling violence and threatening international and public security, organized crime hampers sustainable economic development and undermines state governance. In Africa alone, the 2021 INCB Report estimates illicit financial flows cost countries some 88.6 billion USD per year – the equivalent of some 3.7 per cent of the continent’s GDP. 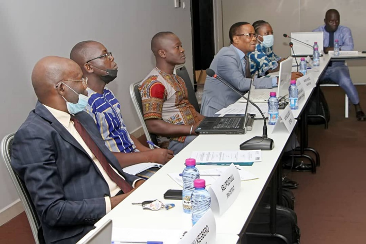 In response, the United Nations Office on Drugs and Crime (UNODC) and the Bureau of International Narcotics and Law Enforcement Affairs (INL) of the U.S. State Department are launching a new project, dubbed “CRIMJUST - Strengthening Criminal Justice Responses to Drug Trafficking and Related Transnational Organized Crime in Coastal Francophone countries in West Africa”. Set to be implemented over three years, this project will support Togo, Benin and Cote d’Ivoire develop stronger technical capacity to detect, investigate and prosecute transnational drug trafficking cases in line with Human Rights, with a view of ultimately reducing the impact of organised crime on these countries’ safety, governance and development.

According to Mr. Amado Philip de Andrés, Regional Director of the United Nations Office on Drugs and Crime Regional Office for West and Central Africa, “Achieving this goal will not only require UNODC and its partners to provide technical assistance measures but to promote and implement effective criminal justice collaboration in the region.”

Under the framework of this CRIMJUST project, INL and UNODC will provide support across the criminal justice system of these three countries. Close consultation with Togolese, Ivoirian and Beninese law enforcement and judicial authorities over the past year has helped guide CRIMJUST’s intended implementation, which will include a stronger focus on bolstering criminal intelligence capacities of investigative agencies in Togo and Benin while contributing to the further specialization of the Pôle penal, économique et financier in Côte d’Ivoire. In an effort to assure greater sustainability, CRIMJUST will complement capacity-building programmes with measures to strengthen institutional integrity and streamline gender-sensitive considerations across its interventions. 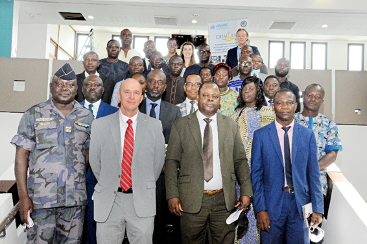 As part of this project, U.S. and UNODC representatives as well as Togolese law enforcement and judicial authorities gathered on 31 May 2022 to officially announce the launch of this project in Lomé. In their remarks, officials acknowledged the need for further multi-stakeholder partnerships to address the scourge of organized crime and reiterated their commitment to contributing resources, networks and expertise to the project. Officials welcomed the opportunity to working closer together to stymie the flows of illicit drugs via West Africa and to advance international cooperation on criminal matters.