July 08-11 2019 - CRIMJUST welcomed three prosecutors from the Argentine Republic and four members of the Prosecutor's General Office, Ministry of Home Affairs, the Supreme Court and the Ministry of Foreign Affairs from the Plurinational State of Bolivia in Vienna for a week-long working group, with a view of establishing clear guidelines as well as standard procedures to enhance judicial cooperation between the two states in criminal matters. 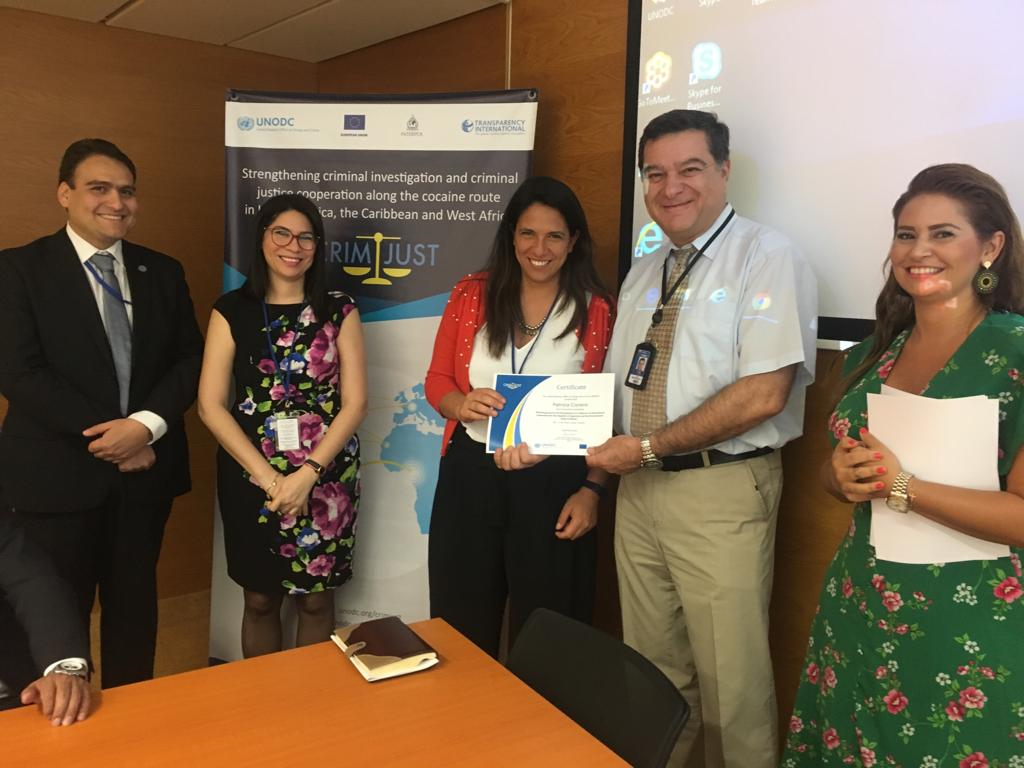 Loide Aryee, Chief of the Organized Crime and Illicit Trafficking Branch of the UNODC, inaugurated the event by thanking the European Union for its ongoing support of CRIMJUST. The EU has proven to be a reliable and devoted ally in the fight against cocaine and enabled the program to become an effective platform to build coordinated global responses to counter cocaine trafficking.

His Excellency, Ambassador Rafael Mariano Rossi, stressed the need to act collectively and to align neighboring countries' needs, objectives and strategies to build a stronger transnational framework to counter organized crime. His comments were echoed by Her Excellency, Ambassador Nardi Elizabeth Suxo Iturry, who underscored the historical relationship between Bolivia and Argentina, which continue to work closely to address drug-related challenges. With some 10% of global cocaine produced in Bolivia, Her Excellency highlighted the country's responsibility in acting effectively, whilst ensuring initiatives respect the country's unique socio-cultural relationship with coca.

European Union Representative, Lambert Schmidt, concluded the opening ceremony by pushing forward the importance of confidence building between partner countries: joint initiatives, he argued, are only as effective as the level of trust between stakeholders.

During the week, participants attended two presentations by UNODC experts on integrity measures and prevention of corruption as well as on international tools in criminal matters. Subsequently, they were divided into working groups sharing their understanding of the existing forms of cooperation between law enforcement and judicial officials at a national and transnational level as well as identifying potential international legal tools to be incorporated within their respective national procedures. 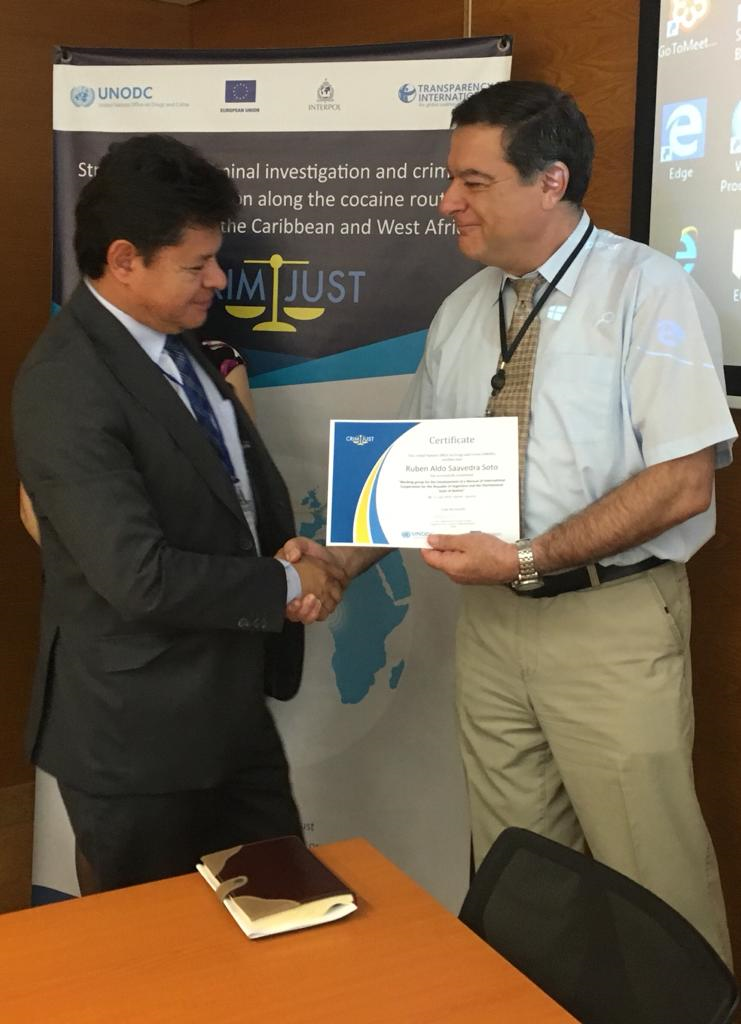 These working groups, coupled with the prosecutors' experience on the field, provided the basis for participants to develop a joint document streamlining concrete and clear guidelines to request international judicial assistance, conduct extradition processes and controlled deliveries, engage in direct cooperation and hold joint investigations.

The manual is believed to provide an essential legal tool to ensure prosecutors from respective countries hold the information and resources necessary to collaborate at a transnational level.