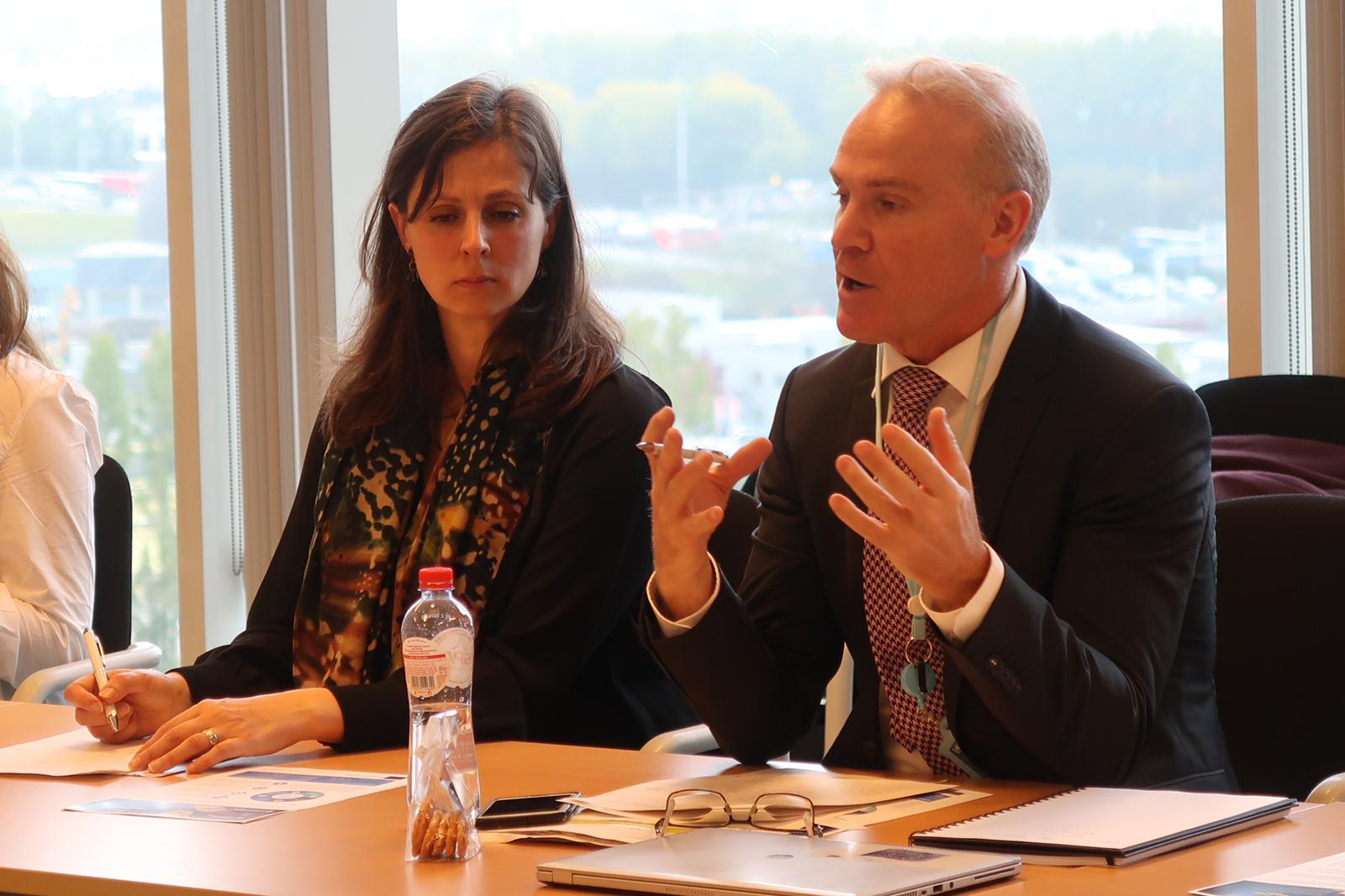 22-24 October 2019 - Law enforcement investigators and prosecutors from the Plurinational State of Bolivia and from the Kingdom of Belgium met in Antwerp, Belgium, to strengthen cooperation in the investigation and prosecution of transnational drug trafficking cases involving both countries. Representatives from EUROPOL and the Maritime Analysis and Operations Centre ( MAOC) were also present, and together with the UNODC, sharing best practices to enhance international police and judicial collaboration as well as providing strategic guidance to the discussions.

Authorities from Belgium and Bolivia inaugurated the forum thanking CRIMJUST for facilitating the meeting. CRIMJUST Coordinator, Glen Prichard, acknowledged the generosity and commitment of Belgium to host the forum. He then highlighted UNODC´s commitment to supporting drug investigations beyond interdiction activities by promoting intelligence sharing and judicial cooperation between relevant national authorities and in turn optimizing criminal justice outcomes and ensuring intelligence is fed into future targeting of drug trafficking groups. The representative of the European Commission, Ms. Oona Van Landuyt reinforced the European Union's commitment to strengthening cooperation along drug trafficking routes of what is now referred to as the Global Illicit Flows Programme, recognizing how traditional drug trafficking routes are now used for the movement of a broad range of illicit commodities.

During the two-day event, law enforcement officials outlined current trends and methodologies, as well as emerging developments of cocaine trafficking in their respective countries and regions. These insights then led to an insightful discussion on future targeting opportunities based on this intelligence. Moreover, prosecutors and investigators devised follow-up actions in relation to recent cocaine seizures.

Meanwhile, prosecutors provided an overview of the legal framework and tools available to prosecute drug trafficking crimes in their respective countries. Participants further discussed existing international cooperation mechanisms, notably pertaining to obtaining of evidence and intelligence sharing. The need to utilize both formal and informal communication channels to ensure information is shared in a secure and timely manner was highlighted as inherent to the success and facilitation of joint operations.

Additionally, the delegation of Bolivia toured Antwerp Seaport on 24 October 2019 observing profiling, screening and inspection arrangements, as well as discussing with officials on the ground best practices and lessons learned to detect and investigate suspicious cargo. Antwerp has emerged as the chief point of entry for cocaine arriving from Latin America in recent years, with 50 metric tons seized in 2018, more than any other port in Europe in that year.

This Investigative Drug Case Forum is the second of a series of seven forums in 2019 and early 2020, which is part of CRIMJUST´s strategic shift from primarily focusing on enhancing national capacities to prioritizing the strengthening cross-border criminal justice cooperation along drug trafficking routes. Based on the success of the first two forums, CRIMJUST plans to work with countries it has been supporting to develop further similar trans-regional forums based on post seizure investigations of actual cocaine seizures.