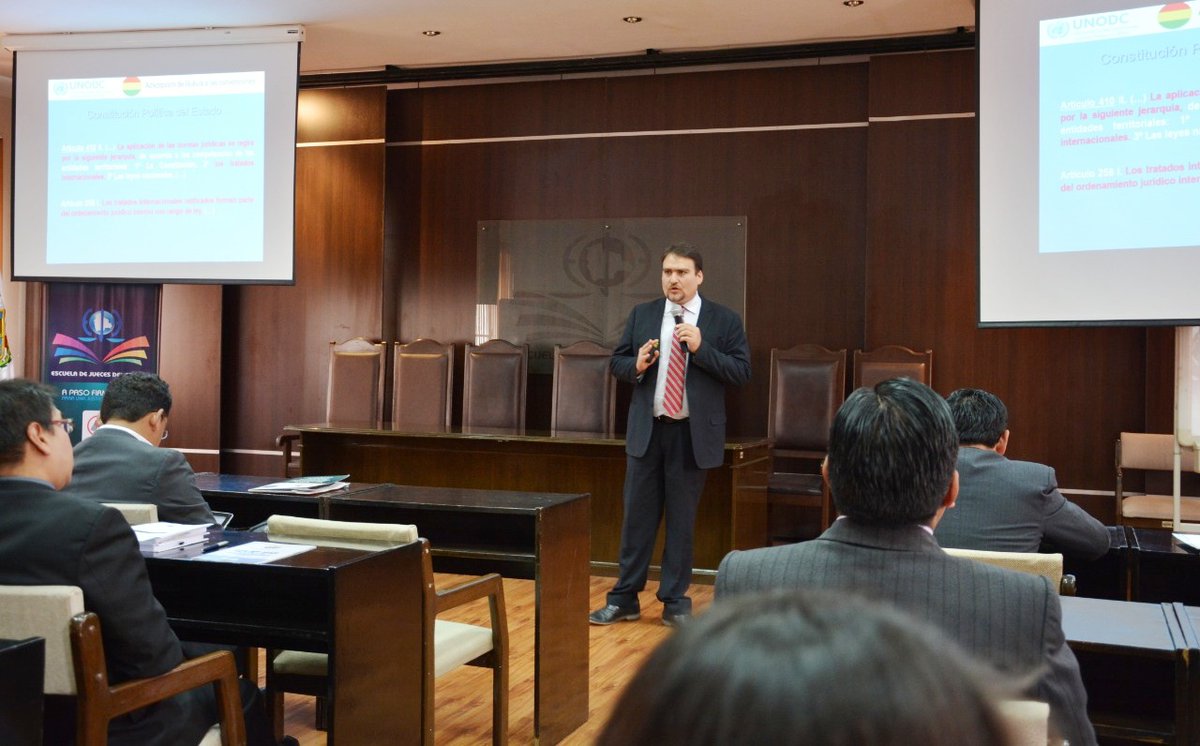 18- 25 March 2019 - The Vice Ministry of Social Defense and Controlled Substances and the United Nations Office on Drugs and Crime (UNODC), in coordination with the Schools of Judges and Prosecutors, inaugurated a cycle of training on asset forfeiture linked to drug trafficking.  The training addressed to authorities of the Supreme Court of Justice, Constitutional Court, State Attorney General's Office, and Special Force to Fight Drug Trafficking

During the opening ceremony, the Vice Minister of Social Defense and Controlled Substances, Felipe Cáceres, stressed that after two years of the implementation of Law No. 913, there are already national experts with the capacities to conduct the training and introduce general concepts and topics, such as : the nature of the action, the procedural subjects, the development of the process, the difference of the loss of ownership with criminal confiscation and the legitimization of illicit profits.

The cycle of training will have a national scope and will take place in several cities in Bolivia stating with Sucre, La Paz, Cochabamba, and Santa Cruz. In these activities, the participation of criminal justice officers, in charge of the implementation of Law No. 913, is expected.

Asset forfeiture is a tool  of criminal policy that seeks to complete the set of institutional and legal measures adopted by Bolivia to fight against drug trafficking. This tool will allow the State to prosecute all kinds of illicit goods derived from crimes related to drug trafficking. 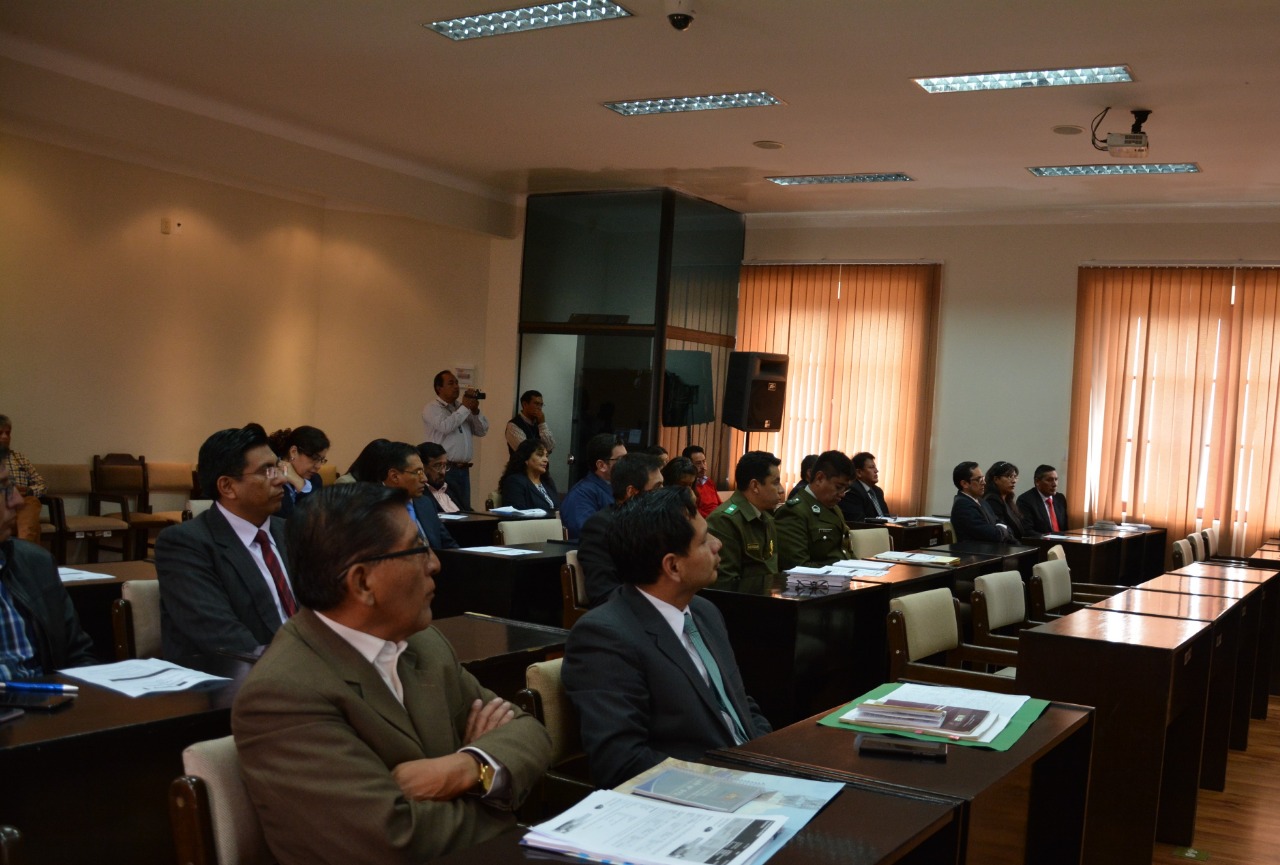 The training cycle is carried out within the framework of the UNODC Support Program for the Implementation of the Plan of Action of the Strategy to Combat Drug Trafficking and Reduction of Coca Surplus Crops of the Plurinational State of Bolivia, financed by the European Union and Denmark, as well as the UNODC CRIMJUST Global Programme Project for Strengthening Capacities for Investigation and Judicialization along the Cocaine Route in Latin America, the Caribbean and West Africa.

CRIMJUST technical assistance in Bolivia is based on coordination, collaboration, synergies, and cross-fertilization with existing projects within UNODC, as well as with other relevant regional cooperation initiatives. As a result, UNODC  continues to support the government of the Plurinational State of Bolivia in the development of its new regulatory framework on drugs, complying with its mandate to provide legal technical assistance to the States party to the Narcotics Control Conventions of the United Nations.