Adoption on COP10-resolution on “Strengthening international cooperation against the illicit manufacturing of and trafficking in firearms, their parts and components and ammunition”

Vienna, Austria, 16 October 2020 – On the evening of 14 October 2020, only a few minutes before the interpretation service would stop, the Committee of the Whole of the Conference of the Parties of the Organized Crime Convention agreed on the last bone of contention in the draft firearms resolution. Two days later, on Friday night, the resolution entitled “Strengthening international cooperation against the illicit manufacturing of and trafficking in firearms, their parts and components and ammunition” was finally adopted.

Since the adoption of the Organized Crime Convention 20 years ago, it was the seventh time that the Conference of the Parties took a decision related to the scourge of illicit firearms trafficking and related crimes (See previous decisions/resolutions here). 15 years after entering into force, the Firearms Protocol, supplementing the Organized Crime Convention, remains the central and principal instrument in the fight against the illicit manufacturing of and trafficking in firearms, their parts and components and ammunition, with a slow but steady accession path and 119 parties today. However, more can be done, and the Conference has reiterated its call to Member States that have not yet done so to consider becoming parties of the Firearms protocol.  According to latest UNODC figures, every year more than 550,000 illicit firearms are seized worldwide (UNODC Global Study on Firearms Trafficking 2020) and more than half of all homicides are committed with a firearm (UNODC Global Study on Homicide 2019). Against this backdrop ,  and “deeply concerned about the harm caused by, and the negative impact of [illicit firearms] on the levels of crime and violence in several regions” the Conference has urged States parties to enhance their efforts to implement the Protocol. 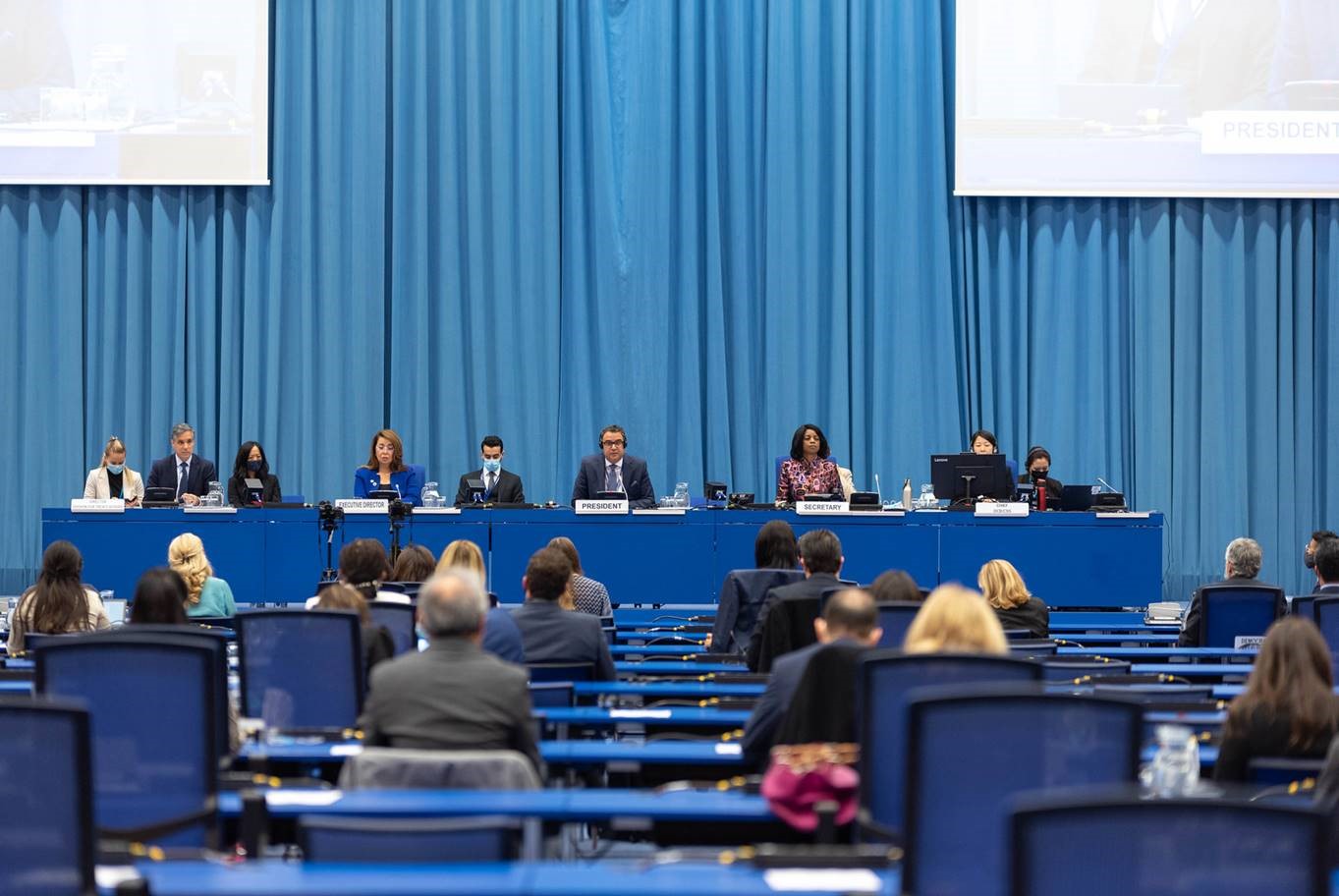 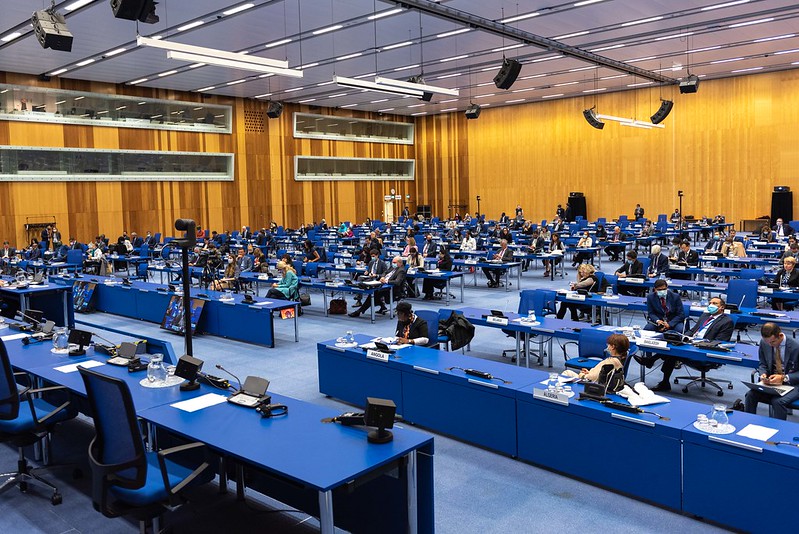 A novelty of this year’s resolution has been the acknowledgment by the Conference of the impact of new technologies and online trade on the illicit manufacturing of and trafficking in firearms, their parts and components and ammunition. Expressively, States parties to the Firearms Protocol are invited to foster and harmonize their responses to threats related to technological developments and changing modi operandi, “such as modular weapons and 3D printing of firearms, the conversion of firearms, trafficking through postal services and the use of the darknet and cryptocurrencies”. Thereby, the Conference picked up on the recommendations of firearms experts from around the world that were discussed during this years Working Group on Firearms, held in Vienna in a virtual format on 16 and 17 July (Click here for the Report of the Working Group and the Background paper on new and emerging threats). In this context, the Conference also requested UNODC to continue developing legislative and operational tools and to collect and share information on trends and effective responses with other States parties and international Organizations.

Preventing and investigating illicit firearms trafficking relies on the possibility to identify firearms and trace them back to their point of diversion. In this context the marking of firearms and an uninterrupted chain of records of such markings are key. With regards to the extent of these records, the Conference specified for the first time, that these records should address “the entire life cycle” of the firearm, including transfer information and the “issuance of licences for firearms possession”, when consistent with domestic law. This clarification is a mayor step forward with regards to the accountability of legitimate firearms manufacturers and gun owners for the end-use of firearms. At the same time, the Conference called upon States parties to consider extending the retention period for such records, and thereby acknowledged that the minimum retention period of 10 years in the Firearms Protocol might not be sufficient for the effective tracing of firearms, taking into account that weapons are durable commodities.

The United Nations Office on Drugs and Crime through its Global Firearms Programme stands ready to implement the resolution, which can be regarded as a significant achievement in preventing and combatting illicit firearms trafficking and related crime.

The resolution was sponsored by Mexico and is co-sponsored by Brazil, El Salvador, the European Union and its Member States, Guatemala and Paraguay.