Capacity building on ballistics and forensic science in Niger

UNODC, through its Global Firearms Programme, organized from 5 to 8 April 2021 in Niamey, Niger, a “Capacity building workshop on the sue of forensic sciences in firearms related investigations”. The training targeted magistrates and investigators in various Nigerien institutions and is part of the overall support of UNDOC to the country in its efforts to improve the prevention of illicit firearms trafficking. The training was made possible thanks to the contribution of the European Union, as part of its Global Illicit Flows Programme.

The workshop was aimed at strengthening the capacities of different actors in the criminal justice chain in the field of forensics and consequently train them to better investigate and gather as much evidence as possible. Particular emphasis was made on using existing capacities in the country, supported by EUCAP Sahel Niger recent programming, and on identifying further needs in order to improve and promote their use among different investigation services as well as for prosecution.

The workshop allowed participants to strengthen their capacities on subjects such as the national legal framework related to firearms and the use of forensics and ballistics; national and regional forensic institutions; use of forensics evidence during investigations; prosecution and adjudication in firearms offences cases, inter alia. 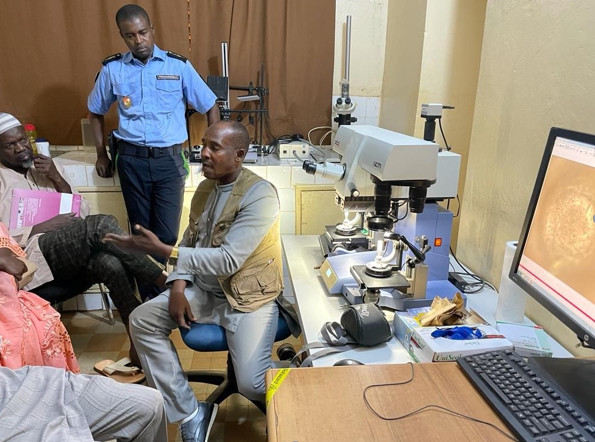 The training had a considerable practical component, with exercises and simulations conducted in cooperation with the National Forensic Laboratory. Participants strengthened their capacities to collect evidence on firearms and ammunition; ballistics analysis; gun powder residue identification in hands and clothes; restoration of deleted serial numbers on firearms and identification of the distance and position of shooters.

One police chief investigator stated that, “this kind of practical training is very useful. It is difficult for us to be able to distinguish what type of firearms are used in crimes even though ammunition is collected at crime scenes, because of this many firearm-related cases are not solved and suspects are not convicted. Now we have a clearer idea on what to do to help identify firearms and ammunition”. One investigative judge explained that he too learned a lot, and that he was considering requesting additional evidence in some firearms related cases he is following. This is the kind of practical objective that this type of training seeks to attain. 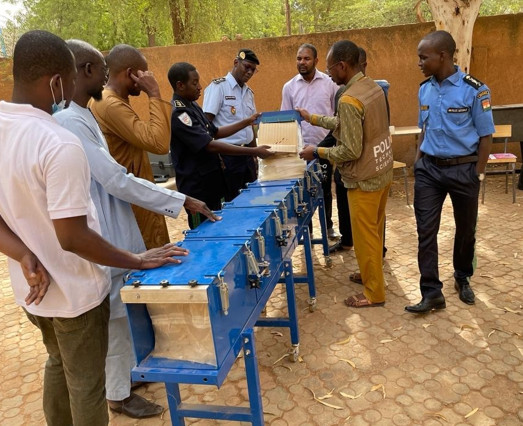 In addition, at the end of the workshop participants made a recommendation to include a training module related to forensic science and ballistics in the curriculum for initial training  for magistrates and investigators.

As part of its ongoing efforts in the Sahel in the fight against illicit firearms trafficking, UNODC is currently working with national counterparts in identifying needs with regards to the use of forensic science in firearms related investigations. 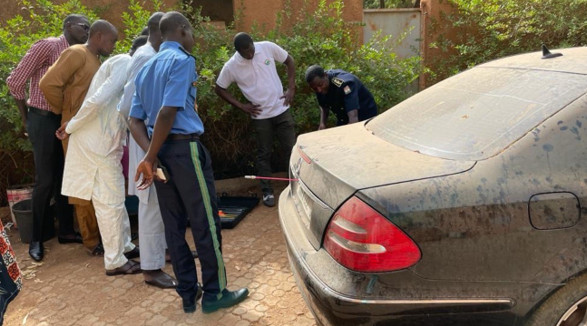 This activity was funded by European Union as part of the project “Countering transnational illicit arms trafficking through the implementation of the UN Convention against Organized Crime and its Firearms Protocol”.