Contributing to Silencing the Guns in West Africa – towards 2030

In December of 2020 the African Union decided to extend the Silencing the Guns initiative until 2030. In order to identify the most effective way of supporting its plan of action, UNODC, through its Global Firearms Programme, and the Commission of the Economic Community of West African States (ECOWAS) co-organized a regional meeting between 22 and 24 June 2021 in Dakar, Senegal. The meeting gathered representatives from the fifteen ECOWAS Member States plus Chad and Mauritania.

One of the key objectives of the meeting was to identify the way forward to improve the criminal justice response of countries in the sub region to the illicit firearms trafficking problem. In particular  taking into account the Regional Chapter for West Africa -developed by ECOWAS and its Member States- supporting the regional strategy for Silencing the guns, as well as planning in the sub region to support the fight against the proliferation of small arms and light weapons. 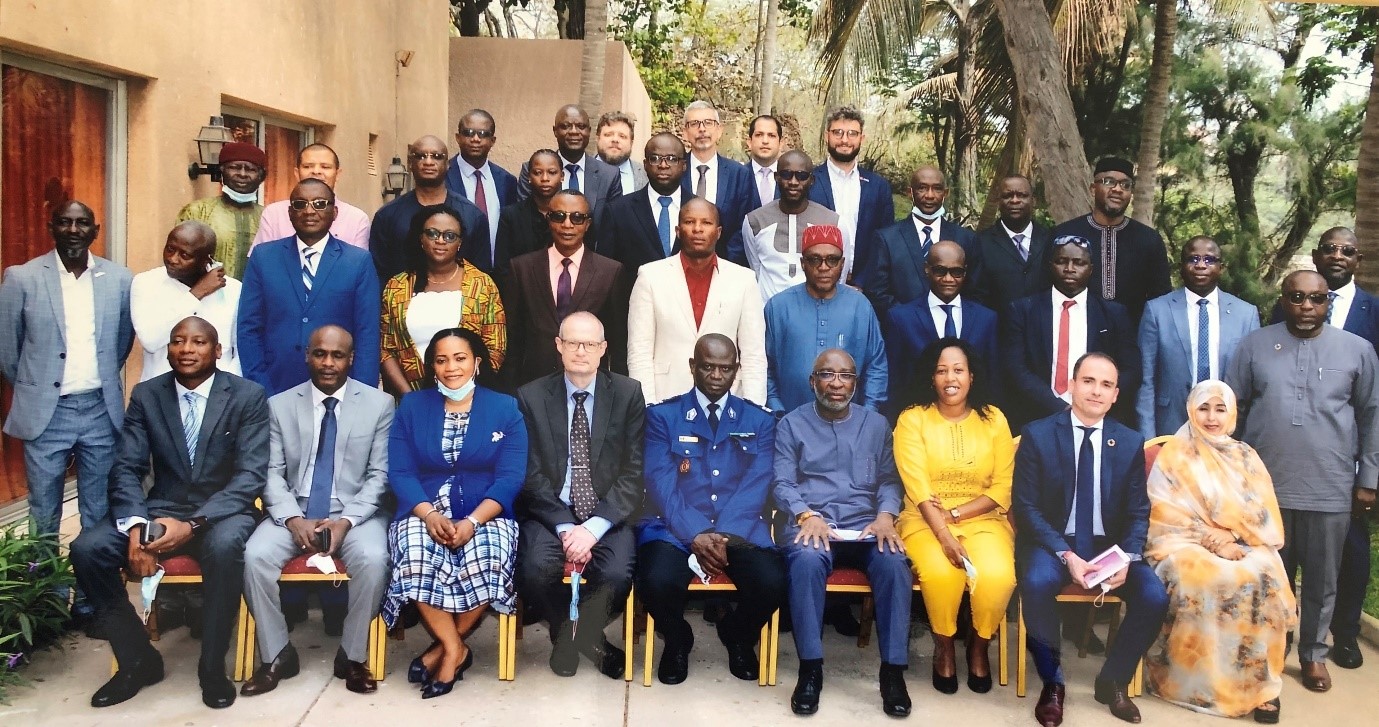 The meeting was opened by Mr. Joseph Piex Ahoba, chief of the Small Arms Division of the ECOWAS Commission, who highlighted the need for concerted efforts by all partners working in the sub region in order to contribute to the five year plan on small arms and light weapons developed by the Commission and adopted by Member States. In his opening remarks, Mr. Amado Philip de Andrés, UNODC Regional Representative for West and Central Africa, mentioned that the proliferation, excessive accumulation and the illicit trafficking in firearms constitute a real threat to international peace and security, as well as to the economic and social development of many countries. He insisted on the willingness of UNODC to support efforts against these challenges. Mr. Stephan Röken, German Ambassador in Dakar, welcomed the initiative and stressed the importance of regional solutions for the existing security threats.

During the three-day meeting participants had the opportunity to discuss, inter alia, about ECOWAS’s priorities in the fight against illicit firearms trafficking; ongoing efforts to better understand the links between illicit firearms trafficking and organized crime and terrorism; the importance of identifying technical assistance needs at the national level in a bottom-up approach; and practical ways of strengthening the criminal justice response to the firearms problem through: support to investigations, mentoring in firearms related investigations and prosecution, organization of law enforcement operations and its follow up (such as recent UNODC-INTERPOL KAFO Operations) and the need to strengthen national forensic institutions.

In addition, several institutions active in the sub-region also took part in the meeting, including INTERPOL, the UN Office for Disarmament Affairs and its Regional Centre for Africa (UNREC), UNDP, the UN Institute for Disarmament Research (UNIDIR) as well as the Bonn International Center for Conversion (BICC), Conflict Armament Research and the Mines Advisory Group (MAG).

UNODC is committed to promoting the synergy of efforts in the fight against illicit firearms trafficking and expressed its commitment of working with key partners in the region to identify complementarities in the implementation of actions contributing to ECOWAS strategy against the proliferation of small arms and light weapons, as well as to other existing initiatives in the sub region, including the efforts of the G5 Sahel. These efforts are part of UNODC’s Strategic Vision for Africa 2030. This conference was made possible thanks to the contributions from Germany and France. 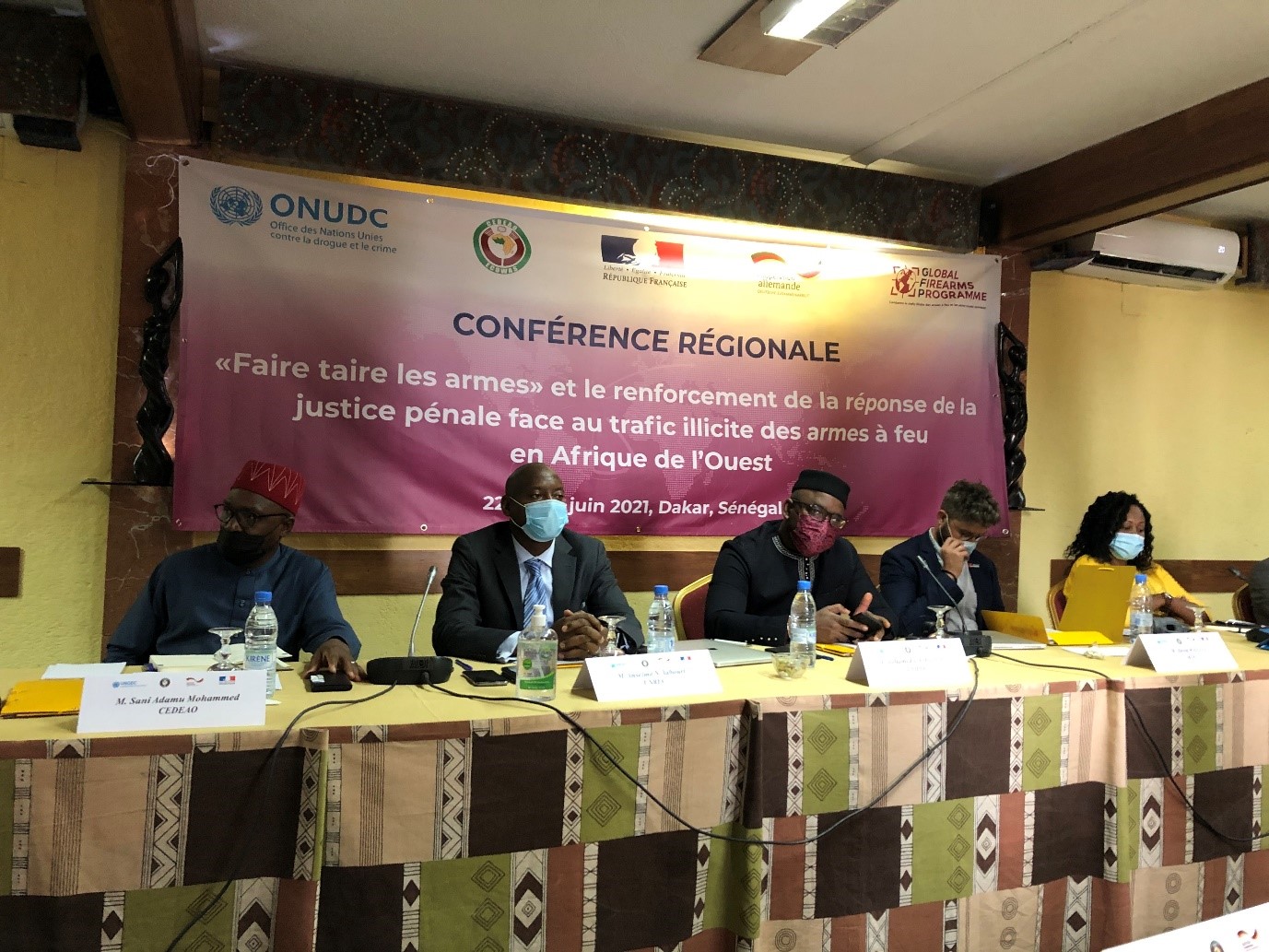 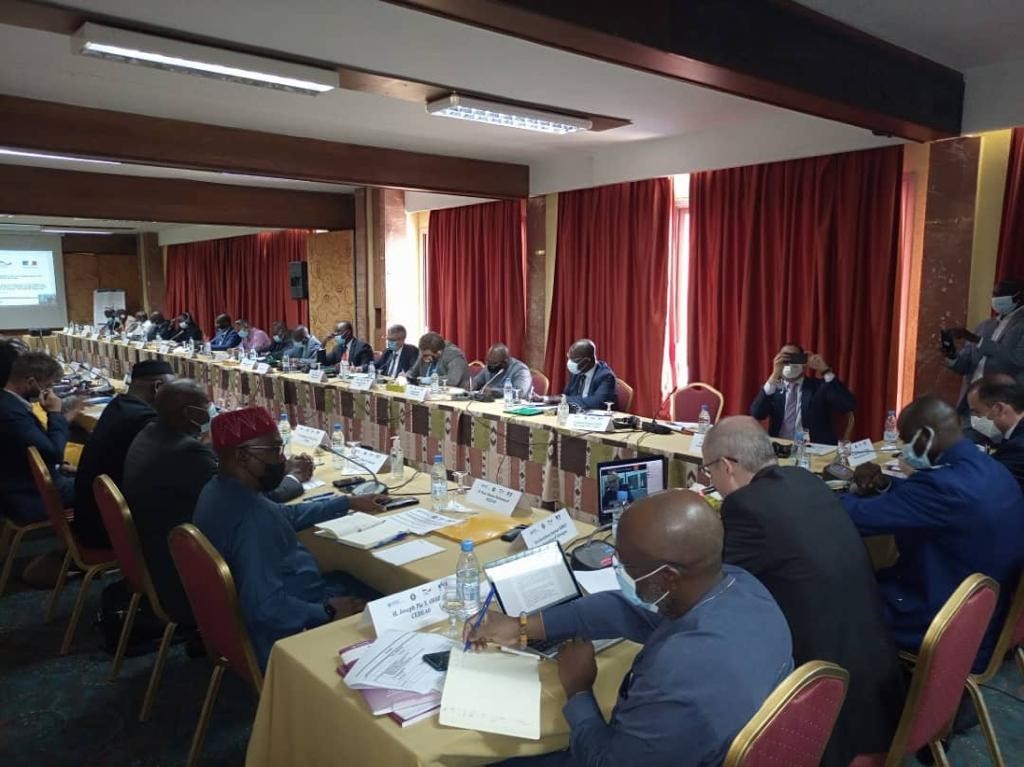